Times were different then. Generally true, but also very much a fact with regards to Oscars Past. In the early days of the Academy Awards, it was not the individual craftsman whose contributions were recognized, but his boss...unless he was the boss, in which case...you follow.
A long way to say that for Best Original Score, no matter the composer, the nomination itself went to the head of the music department. Meanwhile, Best Original Song was, as it is now, the domain of the actual songwriters.
As mentioned the other day, the Academy accepted write-in candidates for all categories, with the results of all voting announced during the show. Despite not receiving an official nomination, write-ins guaranteed a third-place spot to Captain Blood. Composer Erich Wolfgang Korngold would win three years later - legitimately when the rules changed - for The Adventures of Robin Hood, but department head Leo F. Forbstein got the honors for the Captain Blood write-in. Let's listen.
How groovy! But not an official nominee. Those would be after the jump:
The Informer
Max Steiner
****
first of three wins, third of twenty-four nominations
The march of cruel fate as it tightens its noose around our protagonist. For those who don't know, The Informer is about an Irishman who sells out his IRA buddy to the Brits for reward money, only to spend it all before he can give it to the woman he loves for passage to America...the initial motive. And, golly, if this score doesn't sell you on the tragedy of that situation, what on Earth does?
Mutiny on the Bounty
Nat W. Finston
(actual score by Herbert Stothart)
***
first of two nominations
Adventure! Nautical fare! Does this not tell you all about the Naval journey about to transpire, the hardships on the ship, the sojourn in Borneo, the mutiny to come? It does enough, I suppose.
Peter Ibbetson
Irvin Talbot
(actual score by Ernst Toch)
**
first and only nomination
Peter Ibbetson is a weird movie. Act One has two children, English kids in France, butting heads and bonding after the boy's mother dies. Act Two sees them grown, long after separation, with the boy a man, an architect, who goes to work for a woman wed to an aristocrat; naturally, they are the childhood friends of old, and rekindle their love affair. Act Three is bizarre, as the two are separated again but are able to meet again in their dreams, their simultaneous nocturnal fantasies enabling the impossible and making a case for the possibility of immortality. It's working the same kind of odd romantic magic that would later be put to such effective use in The Ghost and Mrs. Muir and The Curious Case of Benjamin Button. I found the third act turn entirely unexpected, but surely the dreamy, exotic theme should've tipped me off. Now I think about it, maybe if it had been a little more idiosyncratic, that would've made the difference. It's no Muir or Button, I can tell you.
The Academy and I agree, our votes go to: 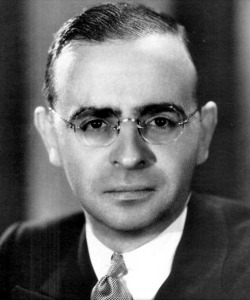 MAX STEINER
for
THE INFORMER
And as for the three Original Song nominees:
"Lullaby of Broadway" from Gold Diggers of 1935
music by Harry Warren
lyrics by Al Dubin
*****
first of three nominations for Dubin; first of eleven nominations for Warren
Except for the song about going shopping, there's not a single tune in this film that has any bearing on the plot. It's about a hotel in New Hampsire, this number takes place during a charity benefit, it's like a short film was suddenly dropped in the middle of a screwball comedy. But the song! It's so catchy! "Sleep tight/The milkman's on his way" is such an apt lyric about nightlife in the big city!
"Lovely to Look At" from Roberta
music by Jerome Kern
lyrics by Dorothy Fields & Jimmy McHugh
***
first of eight nominations for Kern; first of two nominations for Fields; first of five nominations for McHugh
What more appropriate tune for a modeling show than one titled "Lovely to Look At?" It's an engaging musical leading up to the number: an adaptation of a popular stage show, film follows a band that comes to France for a gig that, thanks to confusion, passes on them; they still become a hit, thanks to one member's aunt, who does designs under the name "Roberta," as well as the backing of a New Yorker who's pretending to be Polish nobility. "Lovely to Look At" is the one original song in the bunch, and if one was looking to honor such a fun, popular film (#10 at the box office!), why not by way of this song?
"Cheek to Cheek" from Top Hat
music and lyrics by Irving Berlin
*****
first of seven original song nominations
Such an intimate song, verbalizing the thrill and sensuality of close dancing, capturing a familiarity through its worldly cheekiness ("vanish like a gambler's lucky streak" is the kind of odd line you can only really say to someone who gets you). It's a magical, beautiful song.
The Oscar winner, "Lullaby of Broadway," is a worthy one, catchy, finger-snappy, fun. But call me an old softie, my winner is, in a word, heaven... 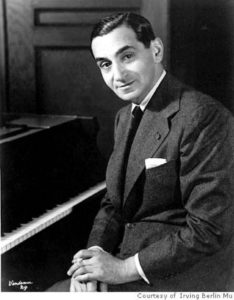 "CHEEK TO CHEEK"
from
TOP HAT
by
IRVING BERLIN
Tomorrow, three categories, only three nominees apiece. We're looking at Best Original Story - Broadway Melody of 1936, The Gay Deception, The Scoundrel; Best Screenplay - The Informer, The Lives of a Bengal Lancer, Mutiny on the Bounty; and Best Director - John Ford (The Informer), Henry Hathaway (The Lives of a Bengal Lancer), Frank Lloyd (Mutiny on the Bounty).
You May Also Enjoy:
ZergNet
Like us on Facebook
Posted by Walter L. Hollmann at 5:55 PM