Here we have the nominees for Best Screenplay, separate from Original Screenplay and Motion Picture Story for reasons we covered in our post on the latter. 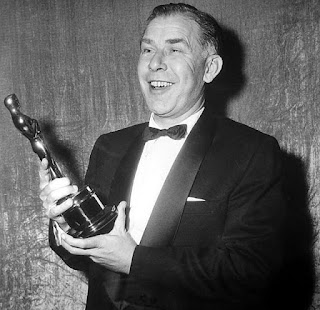 The outlier - and outlier it indeed is - is Boomerang!, adapted from a Reader's Digest article by Richard Murphy, who would later be nominated for Story and Screenplay for The Desert Rats. Unlike its competitors, it was not nominated anywhere else, and personally, I feel the only thing that keeps it relevant and available today isn't its nomination, but its status as an Elia Kazan picture. That's just me, though.

Let's talk turkey, shall we? After the jump, of course...

Boomerang!
A man is accused of murdering a priest, but a public prosecutor doubts his guilt.
**
Richard Murphy, adapted from the Reader's Digest article written by Fulton Oursler under the name Anthony Abbot

One of a series of docudramas released in 1947 that comes fully-equipped with a narrator walking the audience through the little details the movie would otherwise skip over. This one doesn't do it very well; as the narrator comes and goes, it has the effect of stopping the movie dead in its tracks, forcing a reset on the momentum. A lot of telling, not much showing, and then suddenly - it's about small-town politics. The patriotic capper is...random?

Crossfire
A soldier is on the run after a man is murdered - the motive may have been anti-Semitism.
***
John Paxton, adapted from the novel by Richard Brooks

While (ironically) hobbled by the standards of the day - the film's anti-Semitism replaces the novel's homophobia - the screenplay at least offers a passionate rebuke of all intolerance, reasoning that your jokes, audience, will lead to murder; even a bit of bad poisons society. A real sense of post-war malaise turned menace, flavored by an undercurrent of sexual frustration: the mysterious man in Ginny's apartment, for example, or even the eventual victim's odd attention paid to the young soldier (a nod to the original novel?). Best line: "We're too used to fighting, but we just don't know what to fight."

Gentleman's Agreement
An investigative reporter passes as a Jew to write about anti-Semitism.
**
Moss Hart, adapted from the novel by Laura Z. Hobson

It's a bizarre screenplay, with this same formula repeated throughout: Pleasant convo between Peck and Person -> Person says something anti-Semitic -> Peck declares, "Funny you should say that because I AM THAT A, SIR!" -> Things gets awkward -> Peck talks at someone about it in the next scene. If the movie will not present real human beings, it at least has the sense to give each one a distinct voice; that way, no one will confuse Gregory Peck's monologue with Dorothy McGuire's monologue or Celeste Holm's monologue or John Garfield's...wait, do the actually Jewish characters have monologues, or do they just react to the Gentiles getting on their level? Ah, well - at least Garfield gets the best scene in the movie.


Circumstances change for a poor moorland boy in this adaptation of the Dickens classic.
****
David Lean/Ronald Neame/Anthony Havelock-Allan, adapted from the novel by Charles Dickens

Impressively condenses Dickens' 500-600 page novel into a runtime of just under two hours. And in that time, it hits all the necessary plot points without losing any of the source novel's character. Setting is vividly evoked, especially important since we see Pip's circumstances change throughout. Friendships and rivalries are convincingly portrayed. Twists are genuinely unexpected. It doesn't feel like a condensed story.


Miracle on 34th Street
*****
George Seaton, from a story by Valentine Davies

Blends fantasy and reality without leaning into either cynicism or preciousness. It's funny - Kris Kringle taking over his mental health examination with an, "Oh, you bite your nails, too, tsk-tsk-tsk." It's joyful - Kris Kringle teaching the anti-fantasy Susan to use her imagination and play a monkey. It's fair - Karen defending her upbringing of Susan is firm but not defensive. It's honest - the judge leans in favor of Kringle because he's up for reelection. It's heartfelt - Mr. Gailey telling Karen, "Faith is believing in something even when common sense tells you not to."

George Seaton won the Oscar, and....well, my vote goes to... 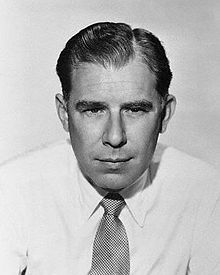