Ten Thoughts on Marple: A Pocket Full of Rye

A four-part series in which I take a gander at my favorite on-air program, Agatha Christie's Marple, on Masterpiece Mystery!. 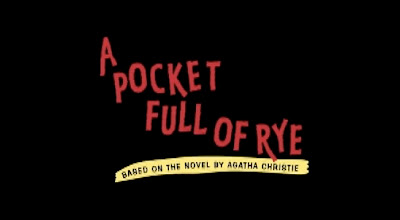 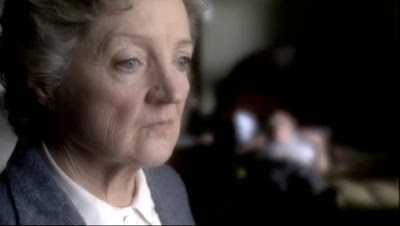 She's like a bridge between Geraldine McEwan and Joan Hickson. She's all smiles, like McEwan, but a little more discreet with her manipulations, like Hickson. The tweed suits her, I think. I do miss how McEwan always relished the murders, condemned everyone around her, and laughed when the police had no idea what she was talking about. McKenzie is a little closer to the novels, especially in this adaptation.

2. Poor Wendy Richard
This is the last production Miss Brahms filmed before she died of cancer earlier this year. And it looks like it. It's not just the frumpy makeup, either. I haven't felt this bad for someone since watching the adaptation of Murder with Mirrors with a post-stroke Bette Davis. I did notice, of course, that while everyone else gets invasive close-ups, Richard only briefly approaches the camera before turning away quickly, and all of her scenes are kept in the blurrily-lit kitchen. Truly depressing.

3. When Age Creeps Up on You 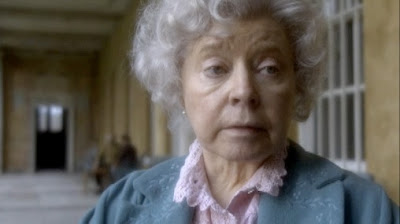 Good Lord, is that really Prunella Scales? Again, I can't tell if it's the makeup or nature, but it's jarring to find one's boyhood heroes/heroines at this state. I suppose I wouldn't be so shocked if I actually paid attention to their careers between Britcoms and Marple appearances. Interesting note: her husband, Timothy West, played the victim in the first adaptation of this episode. 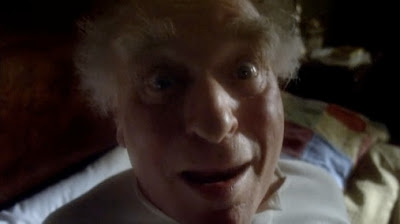 Having seen Public Enemies a second time earlier that afternoon, I already had Diana Krall's sexy vocals in my head. To hear the same tune in a Marple film just seven hours later caught me off guard. More so since this was the face singing it. Bleh. 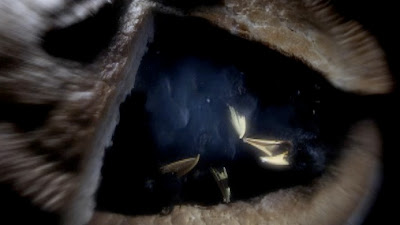 Lord, the pie scene was horrifying. It lasts all of two seconds, I've seen a previous version, read the book, heard the radio series--but God! How ghastly! Well-done, production team! 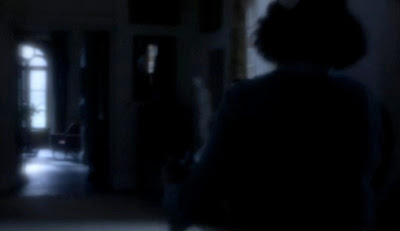 As happens with whodunnits, we get flashbacks to the true events as Miss Marple gives her denouement. They're blurry. Foggy. Stupid. I can't see a bloody thing, and it looks hokey besides. And every sound gets an echo effect. I much prefer Murder She Wrote's method of a voice-over being the only soundtrack in flashbacks lit like the rest of the film. 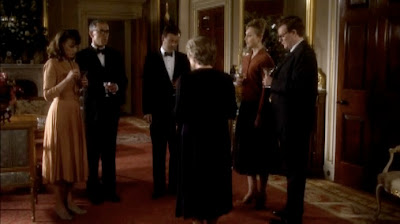 With the exceptions of the dull Lucy Cohu (Pat Fortescue) and the overbearing Ken Campbell (Crump the butler), this was one of the more perfectly cast productions in recent Marple memory. Rupert Graves and Ben Miles were perfect as the ne'erdowell and priggish brothers, respectively. Helen Baxendale's Mary Dove was suitably humorless and humorous at the same time. Liz White and Hattie Morahan turned previously dull characters into neat roles, with Morahan's performance and Elyot's screenplay maturing the young daughter Elaine from a crybaby girl to a strong, politically-active woman. Matthew Macfadyen was incredible as Inspector Neele, one of my favorite characters in all of Christiedom. And Anna Madeley's Adele Fortescue is one for the books. It always took me out of the story, but all I could think whenever they showed this bit of prop-ery was, "Lord almighty, I want a piece of that." Same thought also applies to this: 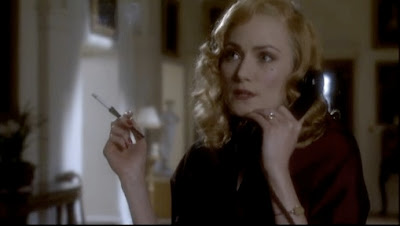 9. No Miss Ramsbottom? No Problem!
How engaging was this production? So much so, in fact, that it took me a full hour into the 90-minute program to realize they had cut out my favorite character from the novel. Previously played by Fabia Drake (and by Maggie Smith in my head), I was shocked when I realized that not only was she absent, but I didn't even miss her! Strong writing indeed, Kevin Elyot! Have a cookie. 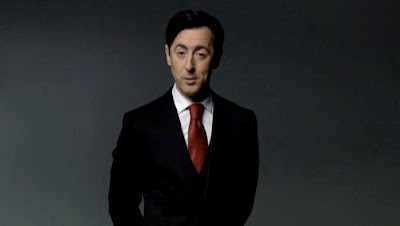 He's the new host of Masterpiece Mystery!, inheriting duties previously executed by Diana Rigg and Vincent Price. He is a worthy heir, but he always looks like he's trying to seduce the audience. It's nerve-wracking. I'm not used to feeling indecent while watching PBS.
Posted by Walter L. Hollmann at 5:20 PM