Yes, it is true. Somehow, without notifying the entire world (or, at the very least, me), Nancy Meyers' latest film has gotten a title. And it looks like we'll be hearing Meryl Streep get her Golden Globe Nom for... 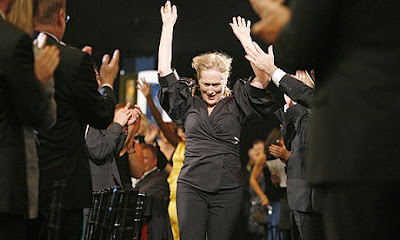 It certainly sounds like it, too! Meryl plays Jane, a divorcee who finds herself torn between her ex-husband (Alec Baldwin) and a new suitor (Steve Martin). At the same time, her children are flying the coop. Also, her ex's younger wife wants to start a family of their own. Crazy!

Nancy Meyers is, of course, an Academy Award Nominee for Best Original Screenplay (Private Benjamin), and the director of the Mel Gibson comedy What Women Want. She also wrote and directed The Parent Trap remake, Something's Gotta Give (for which Diane Keaton almost won the Best Actress Oscar), and The Holiday (for which Eli Wallach almost won the Best Supporting Actor Hollmann Award). Having never seen The Parent Trap, the woman is three-for-three with me. 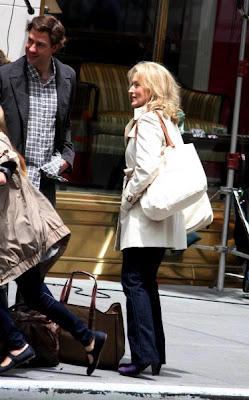