All Them Witches...and Vampires, Too!

Got some re-boos ready for you! If you're celebrating SHOCKTOBERFEST at your own home, tell us about it; the more the scarier....

HAXAN; OR, WITCHCRAFT THROUGH THE AGES 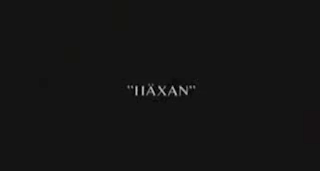 This Danish cult flick is a silent documentary, released in 1922 after three years of an on-again, off-again shooting schedule. Presented in seven acts, Haxan presents the origins of witchcraft mythology, with an especial focus on how the beliefs of the Middle Ages made everyone susceptible to accusations of consorting with the devil. Vignettes both comic and and tragic follow: a woman uses a series of love potions to seduce a monk; two well-intentioned scientists are accused of witchcraft when they are seen performing an autopsy.

The bulk of the vignettes is devoted to the story of The Printer's household. When he is taken ill, an expert convinces his family it is the enchantment of a witch; naturally, his wife is quick to suspect the gnarled old neighbor-woman who comes asking for bread. Because this is the Middle Ages, the wife's suspicions are taken as fact, and the old woman is brutally tortured until she confesses and names names.

The film finishes off with a treatise on the similarities between the symptoms of being bewitched by the devil and the symptoms of suffering from hysteria. Therapeutic treatments are compared to Ye Olde Inquisitor's methods of torture, with an added wag of the finger for the way society tolerates a clinic for the wealthy and a sanitarium for the poor. Haxan is a condemnation of the ignoble treatment of women throughout history; the labels may change, but the effects are the same. 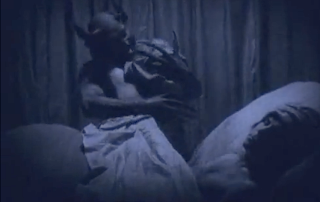 Violence, nudity, disturbing images, moral outrage. Haxan has it all, and has neatly earned itself 4 out of 5 black cats in the process. Congratulations! 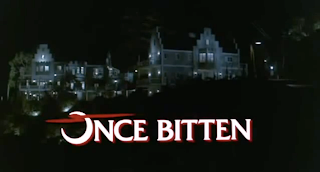 Once Bitten came in that glorious decade of cinema known as the 80s. And I don't mean that ironically: the 80s gave us William Hurt, Whoopi Goldberg, Indiana Jones, Back to the Future, Woody Allen's flawless Mia Farrow run, and 1987 (The Lost Boys, The Monster Squad, House II: The Second Story). Just to name a few.

Here, we get Jim Carrey as a high school senior who, after four years of dating beautiful Robin (Karin Kopins), is still a virgin! Not for lack of trying, of course, but Robin wants to wait. Until she's ready. Frustrating for Jim Carrey, but great news for aging vampire Lauren Hutton, who needs three "transfusions" of male virgin blood by All Hallow's Eve to maintain her beauty and much of her powers. She finds and bewitches him (or is it hysteria?!), and he slowly starts to transform, leading to COMIC MOMENTS.

It's a shame that whole scenes of COMIC MOMENTS are devoted to Carrey's sidekicks trying to lose their virginity, though. The movie stops dead as it trots out their tired routines, from Gay Panic to BDSM Panic to Gay Panic to...well, there's a lot of Gay Panic, and I guess after making it through 1975's almost fetishistic abuse of the word "faggot", I should be able to get through some lighter, high school-based homophobia, especially when the film's best character is Cleavon Little's gay vampire's assistant, a witty, confident creation who seems to wield more power than we would guess. But oh my God, these two nudniks aren't even funny!

Thank goodness for Little, Hutton and Kopins (Carrey is solid, as usual). Kopins especially delivers a neat transformation from virginal girlfriend to sexy protector, not only succeeding at charm and humor but squaring off with vampire Hutton in a wordless dance fight that is just exciting. It develops characters and story without stopping to let anyone say a line or tell a joke (the song already shouts the lyrics "HANDS OFF! HE'S MINE"), and it's mesmerizing.