I apologize for the lateness of this post, but duty (at the real job) called. So, without any further delay: 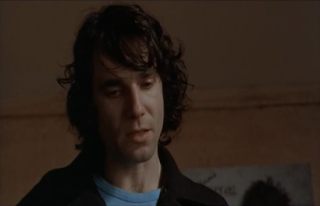 Daniel Day-Lewis in In the Name of the Father
****
Impressive that he did this the same year as his soft-spoken Newland Archer, for Gerry Conlon is a rambunctious, careless guy. In typical Day-Lewis fashion, he disappears; we really get a feel for his relationship with his father and himself. His transformation from the idle youth to the self-educated fighter for justice is fluid and fascinating. The interrogation scenes are harrowing. 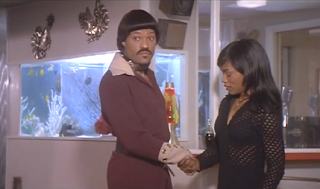 Laurence Fishburne in What's Love Got to Do with It?
***
Fishburne surprises with an electric sensuality and charm that easily seduces everyone in his path. I can imagine many actors who would be tempted to hint at Ike's propensity for abuse earlier on than Fishburne; instead of being a dormant trait, it's a trait that's developed, borne of jealousy and drugs. A solid perf. 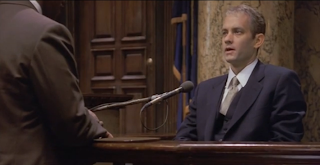 Tom Hanks in Philadelphia
****
Hanks avoids softening or sanctifying his character, something very easy to do, by making Andy prickly, a little impatient, sometimes condescending, confident, very business-focused. In other words, he makes Andy recognizably human. That is what we look for in our heroes, isn't it? Humanity.

Anthony Hopkins in The Remains of the Day
*****
James Ivory brought out the best in Hopkins: subtlety that kept the mannerisms at bay. As Stephens, butler of Darlington Hall, he can only imply everything: his concern for Lord Darlington, his affection for Miss Kenton, his own opinion of himself. It's agony to watch this self-repression, as he eschews all other things in order to be a Great Butler. Hopkins does it all with his face, with only quiet tweaks to his expression letting us know what's up. 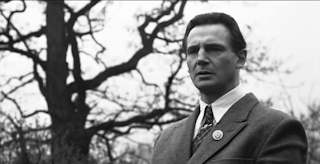 Liam Neeson in Schindler's List
*****
Again: subtlety. Neeson executes the arc almost imperceptibly, as Schindler goes from a money-hungry exploiter to a heroic savior. And Neeson does it without losing Schindler's smoothness, his ability to work a room. He's just so damn likable -- and, I believe, he genuinely likes Goeth and Stern both.

Oscar went with Tom Hanks, and that's a worthy choice. But I'm caught between Stephens and Schindler, and it looks like I'm gonna go with....

ANTHONY HOPKINS
in
THE REMAINS OF THE DAY
will there be anything else, sir?

We continue our love for the thesps tomorrow, with Lead Actress: Angela Bassett (What's Love Got to Do with It?), Stockard Channing (Six Degrees of Separation), Holly Hunter (The Piano), Emma Thompson (The Remains of the Day) and Debra Winger (Shadowlands).

Email ThisBlogThis!Share to TwitterShare to FacebookShare to Pinterest
Labels: 1993, Anthony Hopkins, Daniel Day-Lewis, In the Name of the Father, Laurence Fishburne, Liam Neeson, Oscars, Philadelphia, Schindler's List, The Remains of the Day, Tom Hanks, What's Love Got to Do with It