Two actresses find themselves double-nominated; two finally get their due; and a ten-year-old defeats them all!


We'll talk about them more next week, but 1993 was the first -- so far, only -- time two people were double-nominated. Not only did Holly Hunter and Emma Thompson go head-to-head here, they also went at it in Best Actress! Rosie Perez received her first, so far only, nomination, after building a fanbase with films like Do the Right Thing and White Men Can't Jump. Winona Ryder was on her first nod, and many pundits predicted a win for the beauty; she would be nominated the next year as a Lead for Little Women. And then there's Anna Paquin, never better than in her Oscar-winning film debut.

This marks a first for my Retrospective Series: I've done this already. Back in September 2009, StinkyLulu hosted a Supporting Actress Smackdown for the ladies of 1993, and I had the privilege of participating, alongside Alex and Andrew (who, I may say, agreed with me on nearly every performance except Hunter's). But times change, people grow, and rather than resting on my old perceptions, I re-watched and reevaluated the films and performances therein. There's not much difference, I think. But see for yourselves: 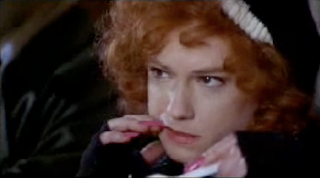 Holly Hunter in The Firm
2013: ****
She's so good! Hunter's gifts as a comedienne are a great asset for the sexy, low-class, smarter-than-she-looks secretary she plays. With bright pink nails and an assortment of wigs, she displays a street-smart cunning that you know has served her well over the years. I love her open flirting with Busey and Strathairn, as much as I love her frustration at Tom Cruise asking about her being under the desk when hello there are more important matters here. I love that even as her hands shake, she keeps a cool head. She's having a ball.


2009: ****
The role itself isn't much, but she's a hoot. With her hot-pink press-ons, rainbow of wigs, and DSL, Hunter is as sexy as she is great to watch. And yeah, her proclivity for oral sex saves her life, and sure, her outfits are all about titties, titties, titties (and legs, too), but she's so much more than just the dumb sexy girl. For one thing, the character helps bring down a group of powerful, wealthy men, and it's to Hunter's credit that we never doubt her street smarts. From early on, she lets on that she's got as much brains as she does boobs. Let's not forget: she approaches Cruise, and her terrified determination to see justice done is fascinating: shaky hands, set jaw. Hell yeah. 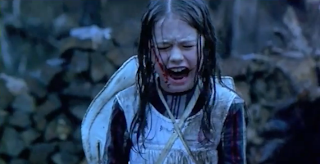 Anna Paquin in The Piano
2013: ****
Well this performance grew on me! This time I could see the imaginative girl who thought it was her and her mother against the world, turning to jealousy when Mama and Keitel lock her out. I can chart the change from "I shan't call him Papa" to loyalty to Sam Neill, because at least then she'll have her mother. Paquin's face is always working, calculating, taking things in. And i love her delivery of, "Noooooo, I tell a lie."

2009: ***
She is quite good, certainly. It is nice to see a mostly unmannered performance from a young girl. Paquin takes the girl from devoted child to Judas, and it is believably played. Because the girl is jealous of George, right? Or is it that she's just a mischievous, devilish child? Paquin plays her as the kind of girl who starts things out of boredom, cunning and well aware of what kind of damage she'll be doing. Perhaps my problem is with the script: I just don't believe she would betray her mother the way she does. Certainly it would help if they built on the relationship between her and her stepfather...but alas, no. 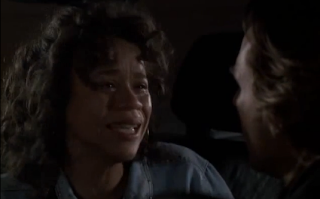 Rosie Perez in Fearless
2013: ***
A lovely performance, one that could have been just another in a long line of Grieving and Therefore Fragile Mothers. Perez doesn't overplay the healing arc, allowing Carla some hesitation before committing to Max's vibe. I go back and forth on the kiss scene: on the one hand, I have no idea where she's coming from, since last time we saw her, she was running from group therapy;  on the other, she has this flat qulity to her voice that could be either contentment or resignation. Feels like a scene's missing, but that's not Rosie's fault. She does well.


2009: **
It's not that Perez is bad in this. She's not even just okay. She's really quite good here, and I generally like her to begin with. But there's something missing. She goes from grieving mother to Max Klein's best friend. There is a weird moment of tenderness between them that she rebukes, and there is a moment where she breaks down in his car about her baby. There's also a sequence where she plays with him in a toy store. ...It isn't organic. Perez and director Peter Weir have not found that logical arc that brings Carla from Point A to Point B. Perez gets each scene individually, but as a whole, I don't feel Carla Rodrigo consistently enough.

Winona Ryder in The Age of Innocence
2013: ****
I will always leap to defend this performance. Winona does the sweetly naive thing very well, but she gives Meg a watchfulness that gives her more control than people think. Waaaay before she asks Newland if he loves another, she winces at her grandmother talking about Ellen Olenska. One of the things I find frustrating about the film is its need to have Joanne Woodward fill us in on the subtext -- honey, I don't need to be told that Meg is convinced of Newland's infidelity and is putting on a good show; Winona has already provided that. The only negative: what you see is what you get. Not many more layers to discover in subsequent viewings.


2009: *****
As Newland Archer's fiancee/wife, May Welland, she is at risk of suffering from Melanie Hamilton syndrome: too sweet and charming and kind to not throttle violently. Ryder avoids this deftly by giving us an intelligent young woman who plays the game of Society better than anyone in the room, taking advantage of the "pretty little head" stereotype to work through her difficulties with Newland...she is clever in her manipulations. Always playing the innocent, May uses Newland's untainted image of her to get him to remain faithful to her.

There is a scene where Newland springs a trip to Washington on May. He gives this excuse about patent papers, and she waves it away, declaring it to be too complicated for her. Then she suggests that, while in town, he drop in on her cousin, the woman he happens to secretly desire. And for the first time, she looks at him, and smiles innocently - but not with her eyes. It is a challenge, masterfully played, a look that says, "I know. And I trust you. Can you handle that?" Solid work. 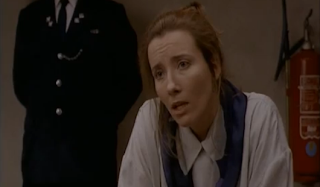 Emma Thompson in In the Name of the Father
2013: ***
Solid work. Although we've seen her in interstitials throughout the film, when her character finally comes into the narrative proper, it's a breath of fresh air. Passionate, sympathetic, and unwilling to bend to displays of machismo.


2009: ****
Thompson is given a character who could very well be a cipher...it could easily become too preachy or too motherly or too lawyer-y. Thompson, instead, goes with bad-ass. She can keep her cool, but when her emotions get her, they go whole hog. Oh, but she's not prone to outbursts. No, no, Thompson, as Gareth Peirce, plays it cool with the big boys, rarely letting her guard down. Consider her first scene with Gerry, where she sits coolly, allowing him to finish his "hardened prisoner" routine. Awesome, awesome stuff. And I love how there is no "build" to her yelling in court, but an outburst of disgust and incredulity.

Anna Paquin won for The Piano. But if I'm being honest with myself, in my time alone with God, of this specific lineup, I give the award to... 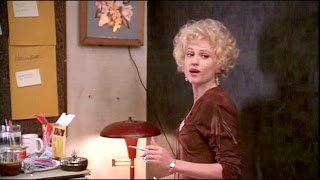 HOLLY HUNTER
for
THE FIRM
i'm just as surprised

Tomorrow: Daniel Day-Lewis (In the Name of the Father), Laurence Fishburne (What's Love Got to Do with It?), Tom Hanks (Philadelphia), Anthony Hopkins (The Remains of the Day) and Liam Neeson (Schindler's List) face off in Best Actor.

Email ThisBlogThis!Share to TwitterShare to FacebookShare to Pinterest
Labels: 1993, Anna Paquin, Emma Thompson, Fearless, Holly Hunter, In the Name of the Father, Oscars, Rosie Perez, The Age of Innocence, The Firm, The Piano, Winona Ryder