It seems like it's been a while, yet it was only May when we last stepped into the Wayback Machine. This time, our journey takes us into the more recent past, a past that I was actually alive for: 1993.

This is the first year I can remember going to the movies. When I think back to the movie that left an impression, it is obvious: Tim Burton's The Nightmare before Christmas, which I remembered primarily for the final sequence in which the villainous Oogie Boogie breaks down...literally. It was bizarre and nightmarishly beautiful, and started a love of the musical and the macabre that continues to this day.

Which is why it strikes me as strange that it does not figure into 1993's Best Original Song category. Of course, back then, nominees actually charted, and the songs heard here I remember from the radio. Ok, maybe not "Philadelphia" or "A Wink and a Smile", but I hope you understand why I don't recall every detail from when I was four years old. The point is, Nightmare boasts a song score that is much better remembered than many (I dare say all) of the actual nominees -- I mean, "Sally's Song". SALLY'S. SONG.

But. Little use to speak of what might have been. Especially when the actual nominees are pretty good! Performers include Dolly Parton, Harry Connick, Jr., Bruce Springsteen, Neil Young and Janet Jackson. Like 1974, the contending films run the gamut: Oscar Contender (Philadelphia/The Towering Inferno), socially conscious drama (Poetic Justice/Gold), dog-centric family film (Beethoven's 2nd/Benji), cine-reverent comedy (Sleepless in Seattle/Blazing Saddles...maybe a stretch). And all of them are pretty respectable additions to a playlist.


"The Day I Fall in Love" from Beethoven's 2nd
****
I'm not going to call Beethoven's 2nd some great American narrative with more depth and feeling than its box cover would suggest. I will say, the parallel love stories -- Beethoven's courtship of fellow St. Bernard Missy, and Nicholle Tom's eldest child experiencing the pangs of high school romance for the first time -- is a clever touch. One might even miss the intentional structure there, were it not for this song linking the two plotlines, performed beautifully by Dolly Parton and James Ingram with all the power ballad sincerity demanded of an early 90s hit. They are selling the hell out of this puppy love, and God bless 'em for that.


"Philadelphia" from Philadelphia
*****
I originally had a lengthy paragraph about how this song is pretty good, albeit used manipulatively and sung at a pitch that I found frustrating. Two weeks later, it's the only nominee that I've been listening to almost non-stop, so there's that. Resonates thematically -- Tom Hanks' Andy is a warm and lovable guy, and I think he's made peace with his inevitable fate, exiting without bitterness (though his moral outrage is, understandably, left intact). Pass the tissues.


"Streets of Philadelphia" from Philadelphia
*****
Can I say, though, that I think it's genius of Demme to bookend his film with these songs. Neil Young's song is a bittersweet yet tender embrace; this one, meanwhile, is a wandering lament. It plays over a montage of the city in the opening credits, where we see smiling schoolchildren and crumbling neighborhoods. Soon, Andy Beckett, an ace lawyer with AIDS, is going to be fired; people are going to deny him assistance and justice. This is the City of Brotherly Love, yet if the residents had their way, he would be ingored. He would disappear. "Oh brother are you gonna leave me/Wastin´away/On the streets of Philadelphia?" he seems to wonder as he leaves Joe Miller's, wondering who else he can turn to...


"Again" from Poetic Justice
***
Oh my God, I did not know that this song was from this film! I don't think I'd even heard it since elementary school! Anyway, of course it's a beautiful song, coming at the end credits of this romantic-dramedy in which Janet Jackson and Tupac Shakur warm to each other over the course of a road trip. The lyrics are a little overly familiar for the characters, but they do express Justice's emotional barriers.


"A Wink and a Smile" from Sleepless in Seattle
**
Good enough, a fun, swinging tune that fits nicely with the vintage soundtrack Nora Ephron uses (Satchmo, Jimmy Durante, etc.). Very enjoyable, even if it so perfectly blends with the rest of the soundtrack as to become white noise. Good, just not catchy enough.

Oscar voted for "Streets of Philadelphia", and I must confess myself torn between the two tunes from that film. But while "Philadelphia" is the ear-worm, I have to award my vote to... 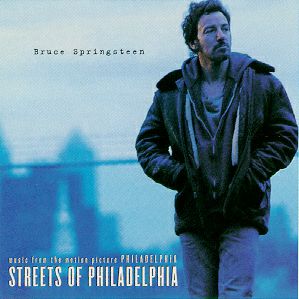 How long will Oscar and I agree? Check back tomorrow for the nominees for Best Adapted Screenplay: The Age of Innocence, In the Name of the Father, The Remains of the Day, Schindler's List and Shadowlands.

In addition to nothing from THE NIGHTMARE BEFORE CHRISTMAS how about no nominated songs from IN THE NAME OF THE FATHER?