Exquisitely designed, emotionally resonant portrait of family and legacy. An enlightening experience, too: pardon my ignorance, but I never knew before the meaning of Day of the Dead, nor was I familiar with ofrendas or alebrijes. One especially dark narrative twist feels a little too much and left me with questions about the established rules of the universe, but if that's your takeaway and not the emotional ending or the music, that's on you, buddy.

Mudbound, Call Me By Your Name, and a lot of apes, after the jump....

Like many a con artist film, it's eventually too clever with its twists and turns to the point of magical realism. Like many a Korean film, its kooky tone is grounded by tragedy portrayed in detail - at least one on-screen suicide and two people hanging. But what do you want, man? It's a lot of beautiful people having fun and delivers a satisfying ending. That'll do.

I totally forgot I watched this! Which is a shame, because all the elements are there: a suspenseful screenplay, jaw-dropping visual effects, cinematography, and production design, a moody score, great performances all around. But maybe the dour straightforwardness of this series is a double-edged sword, riveting in the moment but not exactly meriting much reflection. 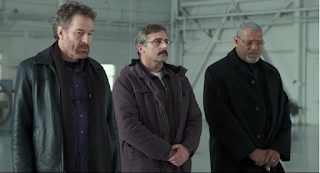 Sold itself as three men just jabbering away for two hours, and by God, it delivers. A spiritual sequel to the great The Last Detail, Last Flag is proof that lightning-in-a-bottle chemistry is just that, despite the best efforts of the new main trio - they have a spark, but not the spark. Still, a good movie for afternoon viewing, and doubtlessly your dad's new favorite. 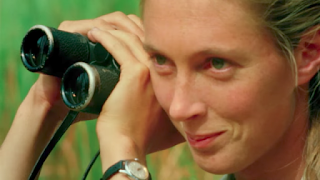 A spin on Eden: Jane Goodall the wide-eyed Eve who becomes herself in the garden; Hugo van Lawick her Adam, fashioned from the rib of her groundbreaking research; Gombe an apparent Paradise until Eve realizes that man is not alone in its knowledge of good and evil. Wondrous, never-before-seen footage shot by Van Lawick and a breathless score by Philip Glass invoke awe - and left this viewer weeping several times. Also, Goodall's family is gorgeous. 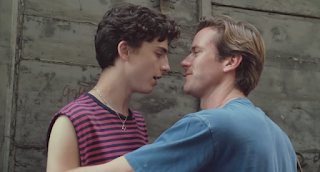 Call Me By Your Name
dir: Luca Guadagnino
scr: James Ivory, based on the novel by André Aciman

Dreamily evokes lazy summer afternoons, days where nothing and everything happens, and six weeks go like a year and a minute. Most everyone feels fully lived-in; you know these characters have lives outside this movie (kudos especially to Amira Casar as the mom). But I'm still not entirely sure what to make of the central couple. Armie Hammer's feels like a performance - I sense neither attraction nor even opportunism. Timothée Chalamet's slack-jawed, lackadaisical air communicates bored curiosity more so than desire. Which aren't incorrect choices, necessarily, if that's what they're going for, but personally I found them off-putting. An uneven experience. For me.

Mudbound
dir: Dee Rees
scr: Rees and Virgil Williams, based on the novel by Hillary Jordan

An American epic, a painful elegy. In just over two hours, the film tackles the veteran experience, simultaneously embracing and retreating from their war experience; white mediocrity's determination to maintain its unearned superiority; the out-of-reach fruits of the American Dream; the demands on women in the mud farm South; and the plight of black people, expected to assume responsibility for everyone else's home and family, too, without raising their head, or even using the "wrong" door. Frustration and anger aplenty but there is also boundless compassion for the characters, all vividly realized. I am surprised more people aren't talking up Rob Morgan's especially moving performance as a proud father and provider carefully navigating the treacherous waters of this society. And Mary J. Blige isn't only great on screen, she performs the moving original song "Mighty River" over the end credits.

Email ThisBlogThis!Share to TwitterShare to FacebookShare to Pinterest
Labels: Call Me By Your Name, Coco, Jane, Last Flag Flying, Mudbound, reviews, The Swindlers, War for the Planet of the Apes, 꾼