Further Thoughts On The Golden Globes

Scattered, more detailed thoughts on those Golden Globe nominations, and what they mean for Awards Season overall... 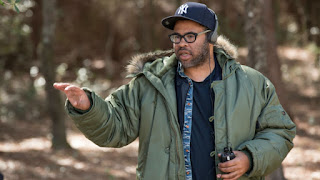 1) A lot of people are stunned and angry about Jordan Peele's absence from the Best Director lineup at the Golden Globes. I will be shocked if he actually winds up nominated at the DGAs or the Oscars. That's nothing to do with the quality of his work; there's a reason why it's sustained its level of hype from February, and not just because it captures The Moment in terms of our current conversations regarding race and whiteness - it's because of the craftsmanship, the originality. Still, while Best Picture and Best Original Screenplay nominations are all but guaranteed, Peele's working in a genre seldom given due at the Oscars. Besides, it's a crowded field in general: Guillermo del Toro, Steven Spielberg, Luca Guadagnino, Sean Baker, Martin McDonagh, Paul Thomas Anderson, Greta Gerwig, Ridley Scott, Dee Rees. Peele's a more likely nominee than a good chunk of this group, but with no consensus yet on even the top three frontrunners, he's got hurdles.

2) Three Billboards outside Ebbing, Missouri getting nominated for Picture, Actress, Supporting Actor, and Screenplay is no surprise; Director was a sliiiiightly longer shot, but still understandable given the general acclaim for the movie. Its nomination for Original Score, though, was unexpected, and I think a true testament to how people are responding. Much is being on Twitter about the recent "backlash" (a term that, like "Oscar bait", is increasingly used to easily dismiss conversations you'd either rather not or are unable to have), but the people who dig Three Billboards, really fucking dig it. I am not a fan, but the friend I saw it with was laughing and crying openly throughout and defended it as a beautiful plea for kindness. I don't see it, but he's not the last person to tell me how much he loves it. To these near-sighted eyes, it's between Three Billboards and The Post for the Best Picture Academy Award...as of now. 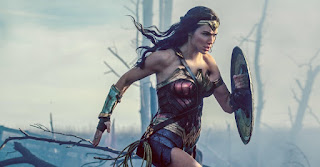 3) On Facebook, my friend and I were talking about Wonder Woman's absence from today's nominations. And it is surprising! I would think the Globes wanted Gal Gadot's zeitgeisty starpower on their show - did Justice League taint it? Would she have gotten in if they still had that Most Promising Newcomer award? Even a nomination for Sia's Original Song "To Be Human" would have been a way to acknowledge Wonder Woman's success, but that category already has superstars in Nick Jonas, Mary J. Blige, Mariah Carey, Hugh Jackman, and Disney. I suppose we must be satisfied with Gadot's inevitable appearance as a presenter. 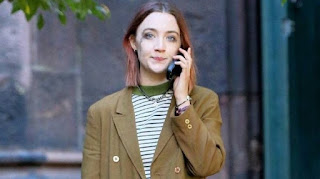 5) When All the Money in the World was a film where Kevin Spacey had a lot of makeup, I filed it under, "Will See If Necessary." Christopher Plummer replacing him and now getting a Golden Globe nomination within a span of, what, three or four weeks, makes it a Must-See Event. One hopes the performance itself lives up to the story, but God, wouldn't it be something if the man came out of nowhere and won for a performance he did over a lunch break? 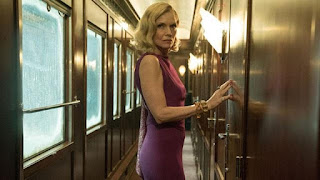 6) The Screen Actors Guild announce their nominees Wednesday. I am hoping for something for Murder on the Orient Express, not necessarily because I think it features the best acting of the year (though Michelle Pfeiffer...), but because that would be bonkers. I suppose I should put up some predictions before then, so stay tuned for that.

Email ThisBlogThis!Share to TwitterShare to FacebookShare to Pinterest
Labels: 2017, All the Money in the World, awards, Christopher Plummer, Gal Gadot, Get Out, Jordan Peele, Lady Bird, Murder on the Orient Express, Three Billboards outside Ebbing Missouri, Wonder Woman