Today we look at 1950's nominees for Best Actor. Three of these nominees first played their parts on Broadway, including the eventual winner:
Let's talk about it! 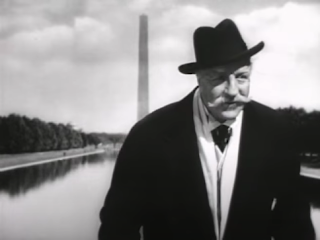 Louis Calhern as Oliver Wendell Holmes
The Magnificent Yankee
**
first and only nomination; Golden Globes nominee for Best Actor - Drama
One of my favorite character actors received his one and only nomination for his one and only leading role, recreating a part he originated on Broadway - that of the esteemed Supreme Court Justice Oliver Wendell Holmes. It is a solid performance in a stodgy biopic, the kind of film people mean when they roll their eyes and speak of "Oscar bait." He's quite good! I've liked him much better in other things. 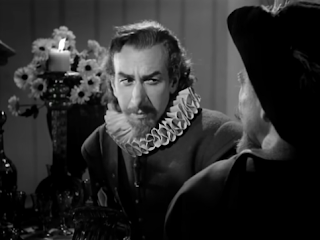 José Ferrer as Cyrano de Bergerac
Cyrano de Bergerac
*****
second of three nominations; Golden Globes winner for Best Actor - Drama; NYFCC Awards runner-up for Best Actor
That voice, those eyes, the way he gestures: Ferrer is magnetic in this role, a real can't-look-away performance that rewards with surprising sensitivity, phenomenal wit and comic timing, and yes, impressive physicality. Ferrer played the role on Broadway (won the 1947 Tony Award!), and his comfort in the role is obvious: you don't doubt for a minute that he is Cyrano de Bergerac! What entertainment! What a triumph! 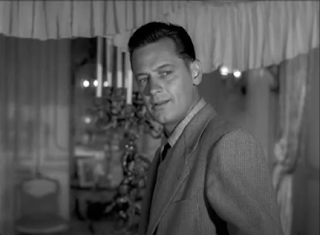 William Holden as Joe Gillis
Sunset Blvd.
*****
first of three nominations
An aces portrayal of an asshole you can't help loving. Makes beautiful work of the voiceovers, emphasizing Joe's admiration of his own talent, now mercifully out of the reach of any editor or producer or actor. Physically, there's a practiced casualness - he's watching, he's debating the merits of the gamble in his head, but tries to pass himself off as mostly unbothered. That's what makes his blowup on New Year's Eve so surprising, his final scene so sad: he knows what he is, knows there's probably no second chance for him. A great performance! 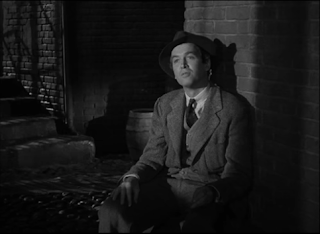 James Stewart as Elwood P. Dowd
Harvey
*****
past winner, fourth of five nominations; Golden Globes nominee for Best Actor - Drama
It's not a role that calls for much range: Elwood P. Dowd mostly just projects general comfort and calm, all the more disconcerting since he talks about his friend and companion being a six-foot-tall bunny rabbit. Stewart plays the part with a beatific expression, so convincingly good, so quietly funny, you have to root for him and Harvey, whether he's crazy or not. His delivery of the monologue about the effect meeting Harvey has on other people is genuinely touching. 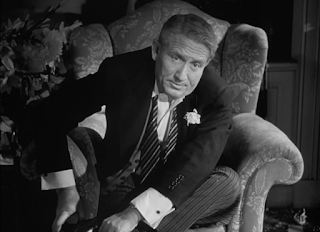 Spencer Tracy as Stanley T. Banks
Father of the Bride
***
past two-time winner, fourth of nine nominations
James Cagney once said that acting was about "plant[ing] your feet...and tell[ing] the truth." Tracy tells the truth, while embodying a character with much conviction but neither self-awareness nor consistency. It's amusing to watch: he's the reason the movie gets its other nominations, he provides the substance.
Now, I usually don't give the same rating more than once, but my three five-starrers are so stellar that I had no choice! But still - only one can get my final vote for the best performance in this category. My pick: 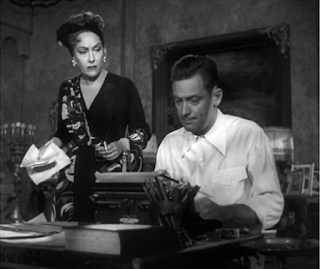 WILLIAM HOLDEN
in
SUNSET BLVD.
Tomorrow, the nominees for Best Actress: Anne Baxter (All About Eve), Bette Davis (All About Eve), Judy Holliday (Born Yesterday), Eleanor Parker (Caged), and Gloria Swanson (Sunset Blvd.).
You May Also Enjoy:
ZergNet
Like us on Facebook
Posted by Walter L. Hollmann at 2:00 PM