I can already tell that this year's Retro Hollmann Awards are going to be most unusual. That's all I'm gonna say about that for now...

This lineup for Best Actor is an intriguing one, a telling one. Burt Lancaster credited From Here to Eternity with changing his career, allowing studio execs to see him as more than beefcake, but as a real actor. William Holden's career was already on the rise after his nominated turn in Sunset Blvd; Stalag 17 could only cement his status as a star, and the Lead Actor nomination is evidence of that: he's one part of a large ensemble. Marlon Brando was the sole Streetcar Named Desire cast member not to win an Oscar, but he was still a Hollywood heavy-hitter: top billing and a Lead Actor nomination for what is essentially one scene in a two-hour flick. Montgomery Clift was a beauty who pioneered the brooding, sensitive male Brando and James Dean would popularize -- this was his third nomination. And Richard Burton was starting out on his Hollywood career, after garnering attention -- and a Supporting Actor nod -- for his performance in My Cousin Rachel.

With the exception of Burton, who is mostly defined by the Taylor years, these are actors one immediately thinks of when one thinks of 50s Hollywood. Without exception, they are all timeless icons, actors every movie lover should know. 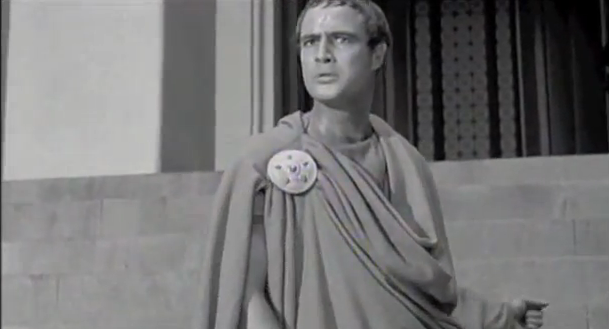 Beatrice Straight won a Supporting Actress Oscar for basically one scene, though she appeared in bits of Network otherwise. Marlon Brando was nominated in the Lead category, basically for that one "Friends, Romans, countrymen" scene. It's a powerful scene, to be sure, with Brando once again coming dangerously close to Too Much. It never is, though, and we get the sense that just because Antony is a master manipulator does not make him any less sincere.

Richard Burton in The Robe
****

Coming smack dab in the middle of two students of the American Method is Richard Burton, contentedly chewing scenery as the tribune-turned-Christian in this Biblical Epic. Even Burton thought his performance here was wooden -- but how very wrong! It's rather animated, and if there are times when he exudes a stiff upper lip, well, it's only appropriate for the character, isn't it? He's a man fighting his contradictions -- of course he's going to be stiff sometimes. And I love his crazy-eyed moments, crying, "Is that you out there?" 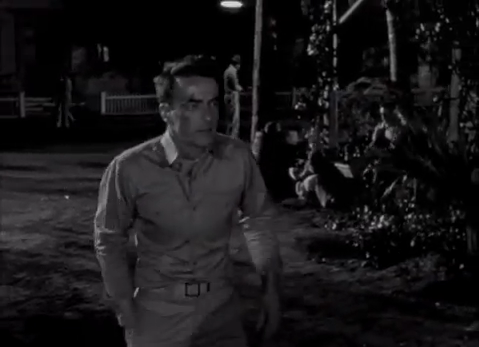 Montgomery Clift in From Here to Eternity
**

Prewitt is so weird, with that mixture of world-weariness and pseudo-naivete that I'm sure lots of young men of a certain age identify with. I don't know what it is about Clift, but I always feel like I'm working when I watch him -- it's that method-y oddness, that bizarre school of acting that made the actors feel more genuine even though it's clearly a little more ham-handed than everyone else in the room. Oh, I like Clift -- I think it takes a great talent, not to mention magnetism, to make this kind of insufferable oodly-doodliness watchable, even rootable. He's just so strenuous to watch! 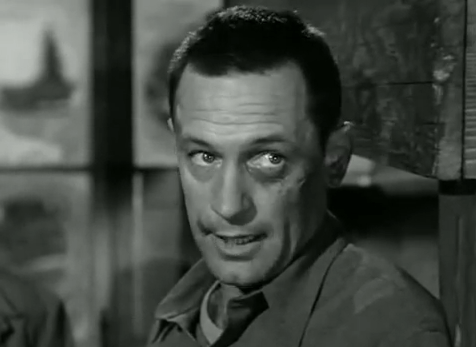 Much like Julius Caesar, Stalag 17 is an ensemble film with the Lead nod going to the biggest movie star in the cast. But one can see the argument here: Holden's Sgt. Sefton anchors much of the film, a target of the rest of the cast's curiosity and animosity, less a soldier than an opportunist -- and, possibly, a traitor? Re-teamed with Billy Wilder, Holden proves to be adept with the elastic tone -- equally comfortable whether confronting a wrong'un or tossing off a sardonic quip. Sure, he was first nominated for Sunset Boulevard, but this is where William Holden as we came to know him was born. 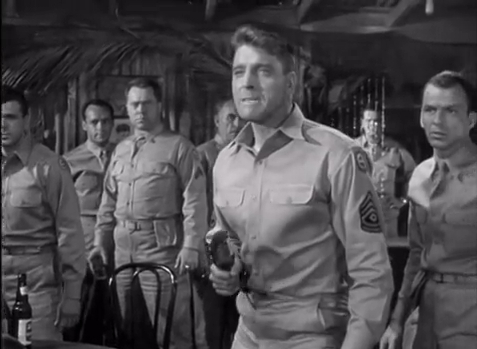 Burt Lancaster in From Here to Eternity
****

Out of all the performances here, this seems the best fit for this category. Lancaster's second-in-command is a complicated guy: no-nonsense, but antagonistic towards the idea of being an officer; a man with a good heart, but not above stepping out with the captain's wife; jealousy demanding some vote of confidence from his married mistress, but unwilling to take the extra step to be with her. Along with Sinatra, Lancaster's is the performance that anchors the film.

The Academy gave the honors to Holden, who gives a great performance, but I still consider it a supporting one. Honestly, I'm not completely in love with any of these performances, but given the choice between my favorites in the category -- Burton and Lancaster -- I choose... 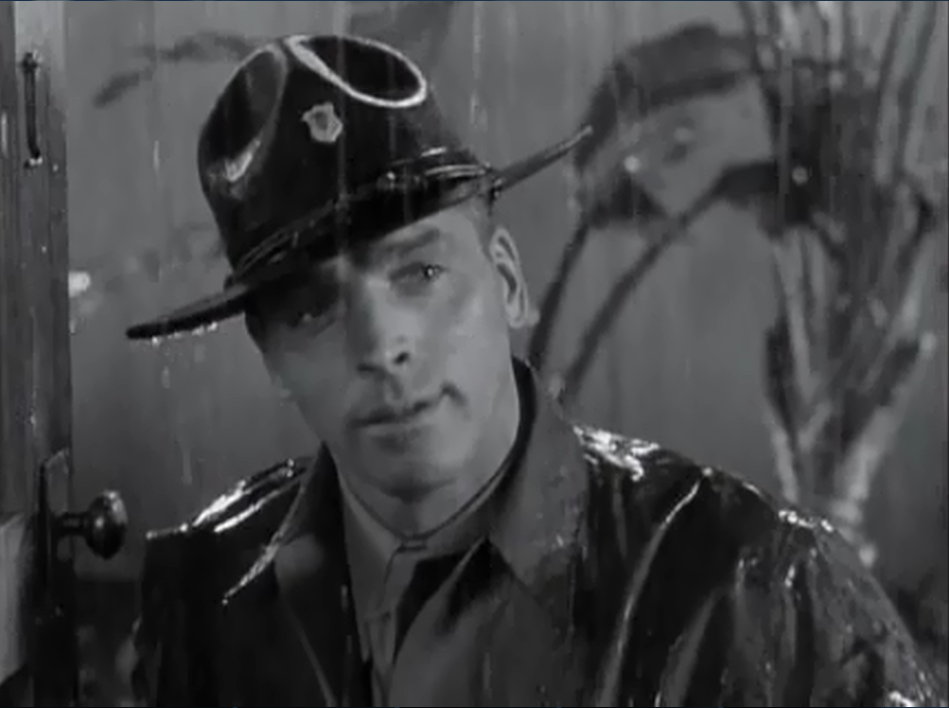 BURT LANCASTER
for
FROM HERE TO ETERNITY

Tomorrow: adapted works -- and one original -- square off in the Best Screenplay category: The Cruel Sea, From Here to Eternity, Lili, Roman Holiday and Shane!