When I look at the Best Actor nominees for 1961, my mind immediately leaps to the Tony Awards rules - you know, how if you're above the title, you're the de facto lead, and if you're below the title, you're featured/supporting? Anyway, when I see Charles Boyer) and Maximilian Schell (fifth-billed - was he the cut-off?) among the Lead Actor nominees, that's what I think.

That's all. The nominees after the jump. 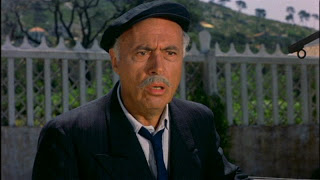 More a supporting part than a lead, but Boyer's moving performance is the best in the film, with the surest hold on its comedy and pathos. 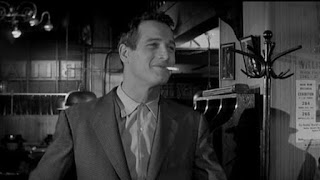 A performance summed up by Sarah Packard's line, "You're too hungry." Newman's reliably magnetic: too cocky, too clever, too proud, too hungry for the reputation, for the win - and yet not without some hope. Terrific, sexy work. 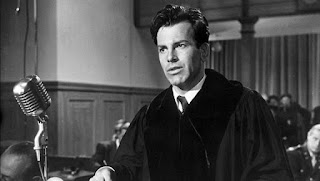 More a supporting part than a lead; still, a magnetic presence. Schell's shouting would be histrionic if he didn't indicate the tactician at work behind the eyes, expertly parrying. Charming and intimidating. 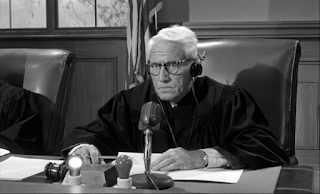 Leans into Haywood's modesty and quiet attention to detail - he deliberates even outside of chambers, listening carefully. Chummy, surprisingly romantic, and ably executes the final sermon - er, sorry, summation - without belaboring the moral or changing character. Just so...natural!

Stuart Whitman as Jim Fuller
The Mark
****
first and only nomination

Approaches a difficult role with clarity, empathy - no shrill theatrics here, even in his louder moments, but a sincere examination of a tormented man struggling to change. It's a performance that gets under the skin, lingering long after the last frame.

It is said that while on set, Spencer Tracy predicted this turn of events:


Right movie, I say! But wrong performance. My vote goes in a direction that pleasantly surprised me: 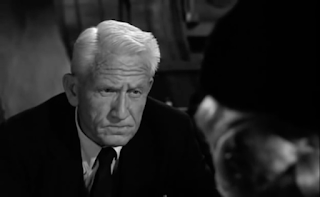 SPENCER TRACY
for
JUDGMENT AT NUREMBERG