Only two more categories left! The nominees for Best Actor in a leading role, after the jump.... 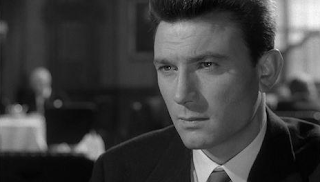 Laurence Harvey in Room at the Top
****

Strikes the perfect balance between sympathetic and sleazy. Just a supremely watchable actor and performance, one that gets you to empathize with the character. He could be better, he could be happy, he even sees what that would be like, he wants to - but he doesn't. 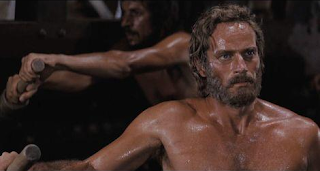 Notes: Golden Globe Nominee for Actor in a Drama

Heston himself probably wouldn't defend himself as an actor with great range, but what skills he has he deploys expertly. Give or take an awkward, "But I'm a Jew...?", Heston fully commits to his feelings - soft romance mumbling, clenched-teeth seething, throaty despair shouting (this especially). He's capital-a Acting, and it works! 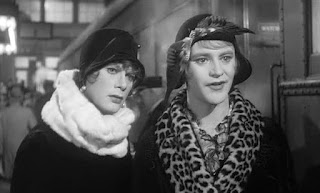 
Both as written and as played by Lemmon, Jerry/Daphne is inconsistent in his levels of confidence, trickery, caution. Lemmon certainly gets the laughs, whether it's about having a "big surprise" for Sugar or being "the lucky girl" on the other side of an engagement - but is he always in character? I'm unconvinced. A laughing-gas performance, I shuddered seeing him on-screen. 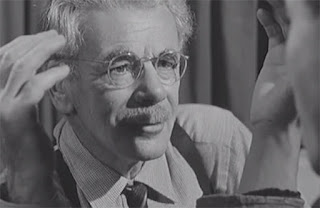 Oscar loves a veteran in grumpy old man mode. Muni is solid in just such a role, but he's sucker-punched by the spurious roads the script takes his character down. He's great, the movie is not. 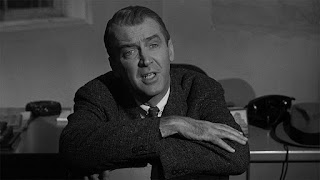 James Stewart in Anatomy of a Murder
*****

I love James Stewart in this movie. That voice, first of all, is perfect for the role of a small-town lawyer who'd rather go fishing than go to court. He wears sardonic well, dropping one-liners like they're commas. Then you see him at trial, his wild objecting and outbursts, and you're not sure how much is the actual last resort of a man desperate to validate himself...and how much is an act meant to throw off the other side. Feels like both.

Heston's win became, almost immediately, Exhibit A in nay-sayers' Reasons Why Hollywood Is Phony And The Oscars Are A Joke.


Obviously, I liked him a lot more than most. But my vote easily goes to... 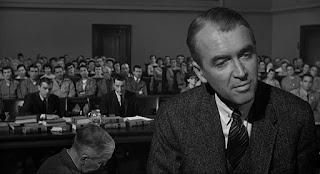 JAMES STEWART
for
ANATOMY OF A MURDER


Tomorrow....yes, it's Best Picture! Anatomy of a Murder, Ben-Hur, The Diary of Anne Frank, The Nun's Story and Room at the Top!