Apparently, I didn't get the sleep I needed Monday night, so as soon as I ate lunch after work yesterday, I fell asleep. When I woke up, I cleaned, went out, and didn't get back until my parents were already locked away in the only room with internet access.

Thus, Casting Coup Tuesday was not to be.

Written by Sebastien Faulks, Devil May Care takes place during the Cold War, the first Bond book since Kingsley Amis's Colonel Sun to do so. Well, OK, I guess the Cold War was still on in the 80s, but the Bond books there were more politically correct. Which, you know. Blech. Bond doesn't use condoms. Bond doesn't filter his cigarettes. Bond doesn't want to marry every broad who comes his way. Bond is a ruthless womanizer who smokes ten packs a day and is impervious to both STDs and bastard children.

That's the Bond we get in Devil May Care, in which 007's career is put on the line when he tangles with Dr. Julius Gorner, a villainous Slav who deals in pharmaceutical drugs--and heroin! From the tennis court to Turkey, Bond is always one step behind Gorner, until a thrilling climax that leads into a so-so Parisian finale. Along the way, he fights a mute but deadly henchman (of course) and romances a beautiful banker (naturally).

Can Walter choose a believable Bond girl? A credible Bond villain? Will the supporting players kick ass? Check it out...

MONEYPENNY
Who is She: M's personal secretary, she keeps up a flirtatious relationship with 007. 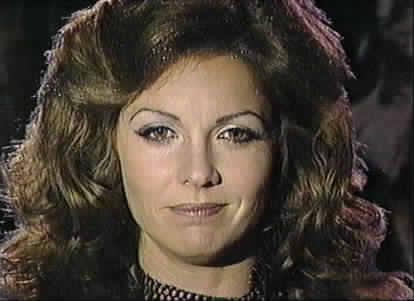 My Choice: We need a brand-new Moneypenny, one who is sophisticated and attractive, but not as drop-dead gorgeous as the Bond Girls.


BILL TANNER
Who is He: Chief of Staff to M, and James Bond's best friend in the Secret Service.

James Villiers (For Your Eyes Only)

Michael Kitchen (GoldenEye, The World is Not Enough)

My Choice: Tanner is Bond's best friend. He needs to be intelligent and professional, yet warm and approachable. And around Bond's age.


FELIX LEITER
Who is He: Bond's ally, a retired CIA agent who now works for Pinkerton's Detective Agency.

Previously played by: Okay, you ready for this? 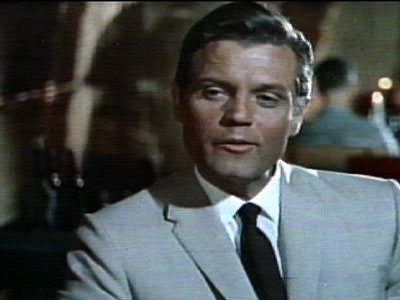 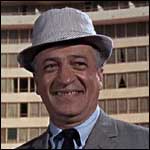 My Choice: I'm sticking to the latest Felix Leiter, seen in Casino Royale, who will reappear in Quantum of Solace.

Jeffrey Wright (Angels in America, Lady in the Water)


RENE MATHIS
Who is He: He's with the Deuxieme Bureau, the French Secret Service. An old friend of Bond's who is utterly wasted in this novel.

My Choice: Again, I'm sticking with the guy EON Productions already has in charge, seen in Casino Royale, only to reappear later this year in Quantum of Solace. 
M
Who is He: The Head of the British Secret Service, MI-6. Strict and orderly, but with a soft spot for Bond. Bernard Lee (The Connery Years, The Moore Years up to Moonraker, The Lazenby Flick) My Choice: Well, this M happens to be a man, so Judi Dench won't do at all. Time to step it up a notch.


HADIM
Who is He: Works with the branch in Iraq. Supposedly a chauffeur, but he also carries messages and acts as bodyguard. A fast but able driver, Hadim is loyal to his friends and comrades.


J.D. SILVER
Who is He: A shady CIA agent stationed in Iraq, he has an agenda of his own.


MASSOUD
Who is He: A pilot on Gorner's payroll, his assignment is to crash a plane in Russia with Bond at the helm, making it look as though Britian was attacking the Soviet Union. This would spark WWIII, you see.


CHAGRIN
Who is He: Gorner's henchman. A psychotic who had part of his brain removed, Chagrin is self-conscious and insane. As a Communist soldier in Vietnam, he murdered priests and deafened children with chopsticks. Impervious to pain, mute as Oddjob, Chagrin has a habit of ripping people's tongues out with pliers. He's a sicko.


DR. JULIUS GORNER
Who is He: A suspiciously polite businessman who has a grudge against England. Having done his research, he punishes and tortures Bond according to methods the "honourable" British used on slaves, the Irish, etc. He is obsessed with destroying their country, planning to start WWIII and flooding London with heroin. He wears a glove on his hand so as not to show his monkey's hand: the thumb is un-opposable and makes a straight line with the fingers; it is also covered in hair.


SCARLETT PAPAVA/POPPY PAPAVA
Who is She: Scarlett is the Bond Girl, an investment banker who follows Bond on his mission so that he may rescue her twin sister, Poppy. She's quick-witted, intelligent, and a good shot. She's also sexy as hell, and Bond has to earn the love-making.

My Choice: Her mother was Diana Rigg, my favorite Bond Girl

Rachael Stirling (Tipping the Velvet, Marple: The Murder at the Vicarage)


JAMES BOND
Who is He: Secret Agent 007 of MI-6, with a licence to kill. Drinks, but not to excess. Weaknesses: Women. 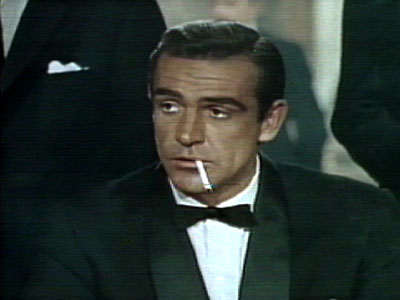 Roger Moore (Live and Let Die, The Man with the Golden Gun, The Spy Who Loved Me, Moonraker, For Your Eyes Only, Octopussy, A View to a Kill)

Well? Do we have a Bond movie or what?
Posted by Walter L. Hollmann at 1:20 PM

Just started reading this book and am really enjoying it. They could do worse than film this as the next Bond movie. A return to the glory days is definetely required.

Do you mind if I quote a few of your articles as long as I provide credit and
sources back to your blog? My blog is in the exact same
niche as yours and my users would definitely benefit from some of the information you provide here.
Please let me know if this ok with you. Many thanks!