I know it's been driving my girlfriend crazy, but ever since discovering it, Sunset Blvd. has been on repeat in my head. This ain't just the Billy Wilder film I'm talking about here, but the Andrew Lloyd Weber musical from the early 90s. Some people hate it, but then some people just plain hate ALW. I love him, and I love the musical (though I admit the titular song leaves much to be desired). As we speak, three songs from the soundtrack are among my iTunes' Top 25 Most Played -- Max's solo "The Greatest Star of All" at 13 times, the signature tune "With One Look" at 17 times, and Norma's triumphant Act Two solo "As If We Never Said Goodbye" at a whopping 27 times. I've watched YouTube clips of Glenn Close, Patti Lupone, Elaine Paige, and personal favorite Betty Buckley taking the stage as that great silent screen siren, Norma Desmond. I am, as they say, obsessed.

The movie version, of course, isn't far away from my mind...but how long must I wait? Since 2005, we've been hearing news that a film adaptation of the Tony-winning musical is in the works, but no movement has been made. In 2007, it was rumored that Meryl (of fucking course) was in contention for the lead, alongside Glenn Close (who won the Tony for this role) and Barbra Streisand. Naturally, whoever gets the role is probably a guaranteed an Oscar nom, so all the old divas are champing at the bit for this part. And surely, the role of Norma must be played by a STAR, a DIVA, a FACE.

But what of the others? What of cynical, handsome narrator Joe Gillis, the protagonist of the piece? What of ingenue Betty, a pretty girl with (gasp!) a brain? Or the mysterious Slavic manservant Max, fanatically devoted to Norma? What of the rest of the supporting cast? I've given it some thought, of course. I leave it to you to decide if I've made the right choice:


MANFRED
Who is He: The tailor Norma calls in to dress Joe on his birthday. A pompous, opportunistic guy.
Song:
The Lady's Payin'
My Choice:
George Hearn (Flags of Our Fathers, The Pagemaster)
He won the Tony for originating the role of Max. This is the original George in La Cage aux Folles on Broadway, too, so he can bring out Manfred's showmanship. It'd be a fun cameo for everyone!


SHELDRAKE
Who is He: A studio executive who Joe tries to sell a screenplay to. It doesn't over so well. A scheming, cigar-chopping schmuck. He also is the one who wants Norma's car for a movie. 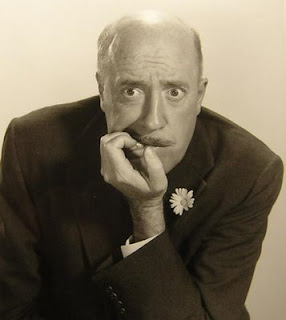 Barry Bostwick (The Rocky Horror Picture Show, Evening)
Bostwick has a thing now for playing those sleazy exec types. To see him singing with a cigar-chomping relish would be too delightful to pass up. Plus, it's a comic role that requires great timing, and Bostwick is a learned comic actor.


CECIL B. DEMILLE
Who is He: The man, the myth, the legend. Working on Samson and Delilah, he receives an on-set visit from old friend Norma Desmond, who hopes for a comeback with her favorite director. DeMille is not so keen on the idea, much as he loves her. 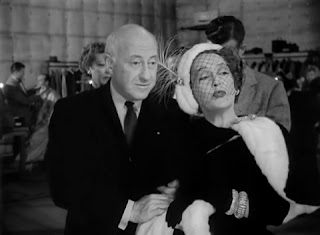 Kevin Spacey (Beyond the Sea, Moon)
With some makeup, why not? He's got a younger resemblance to the man, and he can sing. A cameo like this is in keeping with the effect the DeMille appearance gives anyway.


ARTIE GREEN
Who is He: An assistant director at Paramount. Artie is old friends with Joe, and is engaged to young writer Betty Schaefer. While the two work on a screenplay together, Artie is away on a set. He's a genuinely nice guy who hopes to marry Betty and raise a family with her. He hosts the New Year's Eve party that closes Act One. 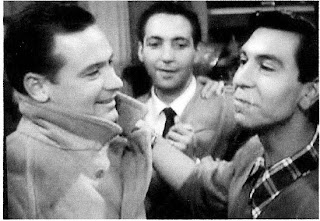 Jason Segel (Can't Hardly Wait, Knocked Up)
Well, I mean, he can sing pretty well. And look at him! I don't know of many actors that just proclaim Nice Guy the way Jason Segel does, while at the same looking old enough to know both Joe and the way the studio schmoozing works.


BETTY SCHAEFER
Who is She: A script girl who works for Sheldrake, she has dreams of becoming an actual screenwriter. She believes Joe is writing pieces that are below his abilities, and suggests a collaboration. The two work on a screenplay together, and eventually become more than just colleagues. She's a sweet girl, engaged to Artie, but surprised by her attraction to Joe. Don't worry, she's more than just an ingenue -- this dame's got spunk, and is willing to call crap crap. 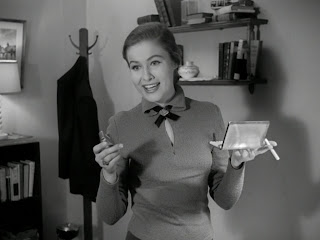 
MAX
Who is He: Norma's devoted manservant/chauffeur, with a secret of his own. An awesome, sad secret. Best role.

Greatest Star of All, Back at the House on Sunset, New Year's Eve, Paramount Conversations, New Ways to Dream [Reprise], The Final Scene 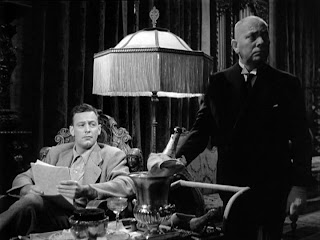 Kevin Kline (The Big Chill, French Kiss)
Of course, I don't expect Oscar to notice, since they already missed out on Soapdish and De-Lovely. Anyway. He can do accents, he can sing, and he can bring gravitas. I'd love to see him in this role, especially at the end.


JOE GILLIS
Who is He: The protagonist, who starts out shot to death in a swimming pool. He then narrates the circumstances that got him there: hack writer on the run from debt-collectors takes advantage of an aging actress...unaware that she brings her own special brand of crazy to the mix. He becomes a kept man, but starts to fall in love with his friend's fiancee, Betty. A cynic and opportunist. 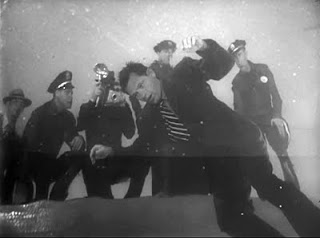 Jeremy Renner (North Country, The Assassination of Jesse James by the Coward Robert Ford)
He's manly, he's young-looking, he can sing. He's also played complicated characters before, and can be mesmerizingly subtle in establishing whole character histories. What a great fucking actor.


NORMA DESMOND
Who is She: Siren of the silent cinema. Holed up in her mansion on Sunset Blvd., the lady's crazy, and has written a huge opus about 16-year-old Salome as a vehicle for herself...though she's over 50. Jealous and possessive, she keeps Joe for herself, employing him to help finish her screenplay...and falling crazy in love with him. Norma is a wealthy woman, and was even a great talent, but that can't buy you sanity. One of the most iconic screen characters in all of cinema history.

Surrender (2:28), With One Look (5:43), Salome, New Ways to Dream, Completion of the Script, The Lady's Paying, The Perfect Year, New Year's Eve [Back at the House on Sunset], There's Been a Call [The Perfect Year - Reprise], Journey to Paramount, As If We Never Said Goodbye, Paramount Conversations, The Phone Call, The Final Scene 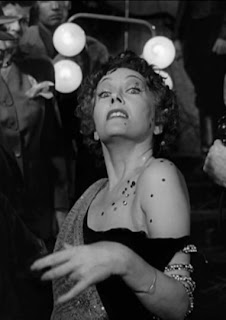 Liza Minnelli (The Sterile Cuckoo, Sex and the City 2)
Yes, it absolutely needs to be a diva. And remember, people: Liza can frickin' act. Even on "Arrested Development", we could see that she'd lost none of her timing. Ten years too old? Fuck, just change the word "fifty" to "sixty". It's easy as that.
Posted by Walter L. Hollmann at 12:00 AM

Renner as Joe Gillis? And he sings? Wow, I don't think William Holden would've done that.