When my grandfather gave me The Day of the Locust to read two summers ago, my friend Gemma became quite excited. She had read the Nathanael West novella in high school -- indeed, I watched her read it during lunch! I myself didn't really remember this, but then she mentioned that it was in a book that contained both this work and its predecessor: Miss Lonelyhearts. Well, that one I remembered, and this may be because I don't read past the top of the page sometimes. But now that she started me on that track, I knew that before the year was out, I would find and read Miss Lonelyhearts on my own. Fortunately, the film school has a library, and I checked out the slim paperback upon my return to school.

West was not the most optimistic of writers. I've heard Miss Lonelyhearts described as dark comedy. Dark indeed, but if there is comedy to be found in this assemblage of grotesques, you'd need someone with a keener ear for it than me. The title character is an otherwise-unnamed young man who writes this advice column for the lovelorn and hopeless. He, himself, is hopeless, who feels unworthy of the somewhat Messianic role he feels he's been given. Like The Day of the Locust, it's a series of depressing events illustrating the moral decay and utter hopelessness of the world, a cynical treatise against humanity. Don't it sound exciting?

Still, it's been quite a popular work. Juilliard put on an operatic version of it some years ago, and was previously adapted for the stage. Then, of course, there's the somewhat popular film version, titled simply Lonelyhearts. Made in 1958, the film is the most high-profile adaptation of the novel, probably due to its place in Cinema History. Ya see, it happened to be the cinematic debut of one Maureen Stapleton, who, as Fay Doyle, was nominated for both the Golden Globe and Academy Award for Best Supporting Actress. She lost to Wendy Hiller's performance in Separate Tables, but Stapleton became a familiar face on the Oscar circuit, with another two nominations and an eventual win, all in the same category.

That's all well and good, but this is my version. Were I to make Miss Lonelyhearts a film...well, it would be a hard sell, methinks, since it's so effing depressing. Not a lot of mass appeal, except for fans of the novel or of my chosen actors. Do tell me, what category would you fall into? Would you go because of your appreciation for this landmark piece of literature? Or would it be for this cast?:

MARY SHRIKE
Who is She: Wife of M.L.'s editor. Mary is a virginal woman who frequently cheats on her husband with other men, but never allowing them to do more than kiss her. Not because of her marriage, but because she's keeping her virginity. Mary and M.L. have an ongoing affair.
My Choice: 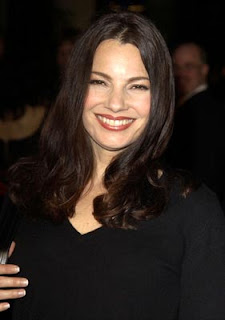 Fran Drescher (Ragtime, Cadillac Man)
I've always had great admiration for Fran's acting. She's played the want for a better life before, albeit in comedy, but talent is talent. Certainly, if someone is going to play an object of men's desires, it should be a sexy piece like Fran.
PETER DOYLE
Who is He: A gasman, Doyle is a weakling who shares a rare connection with M.L. Himself a letter-writer to the advice column, Doyle suffers from a crippled foot and a dominant wife. Bullied by her, he believes M.L. has attempted to rape her, despite the spiritual and physical connection the men have already made. It is at his home that the consequences of M.L.'s career are fully realized.
My Choice: 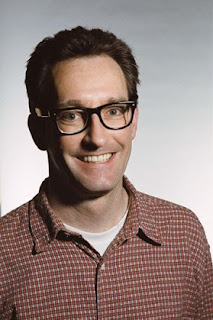 Tom Kenny (Shakes the Clown, The Spongebob Squarepants Movie)
Well, I like him, and he's a lean guy -- Doyle needs to be thin. His voice-work lets us know that he can do absurd, he can do sad, he can do it all.
FAY DOYLE
Who is She: Doyle's wife, a beauty in her day, now a bitter woman in a loveless marriage. She married for convenience, and abuses her husband daily. She drinks, she whines, she writes to Miss Lonelyhearts. Fay writes to M.L. and later seduces him, but tells her husband he raped her. When she realizes the two men have a connection, she calls them "fairies", then sends her hubby out so she can seduce M.L. once more. Classy broad.
My Choice: 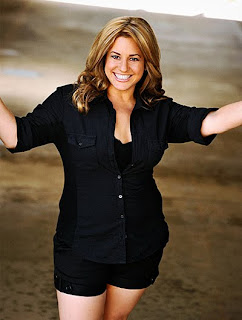 Marissa Jaret Winokur (Never Been Kissed, American Beauty)
This voluptuous actress is best-known for her Tony-nominated work in the Broadway musical Hairspray. But hell, I loved the TV movie Beautiful Girl, co-starring Fran Drescher. It's a pretty fun, OTT role sometimes, though with sadness and bitterness, and I think she'd have a good time with it.
BETTY
Who is She: The optimistic virgin who loves Miss Lonelyhearts, she tries to get him to forget about the troubles of the world by whisking him off to the country, her own paradise. She turns down his marriage proposal before the novel begins.

My Choice: Indie Spirit Nominee for Best Actress (All the Real Girls) 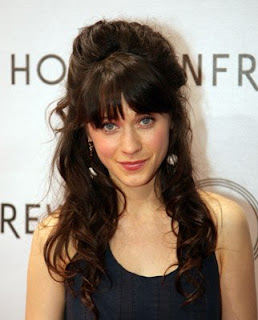 Zooey Deschanel ((500) Days of Summer, The Assassination of Jesse James by the Coward Robert Ford)
The latter title is what makes me convinced for her in this role. There is a simple kindness in her portrayal of Dorothy Evans, the last person to befriend Robert Ford. Deschanel has, I think, a natural sweetness, and the character of Betty needs that.


WILLIAM SHRIKE
Who is He: M.L.'s editor. A loudmouthed cynic, Shrike constantly mocks M.L.'s column and religious fascination. It is he who first associates the advice column's readers with Christ's disciples. He allows his wife to carry on affairs because it saves him money. 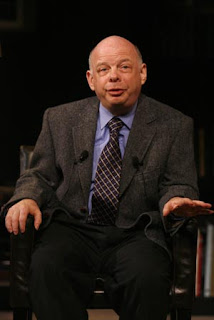 Wallace Shawn (Manhattan, Toy Story 3)
Shawn's pretty good in loudmouthed roles, like Vizzini in The Princess Bride or...I don't know, his TV work. He's great at despicable is what I'm saying. And he plays great opposite Fran Drescher, having guest-starred on "The Nanny". I swear, it's just coincidence that she's co-starred with everyone.


MISS LONELYHEARTS
Who is He: The depressed advice columnist. He becomes disillusioned with the world by the letters he receives and the people around him. Despite his pursuit of guidance from Christ, he finds himself unable to live according to His ways. M.L. leads Betty along, goes for trysts with Mary and Fay, and beats a harmless old man at a bar. He feels the weight of the world on his shoulders, and much of his journey parallels Christ's own. 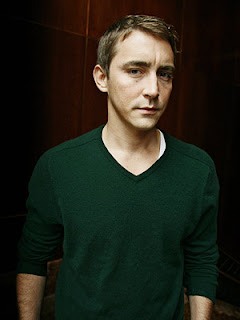 Lee Pace (Infamous, "Pushing Daisies")
He has the looks of a man weighed down by the world around him. Think of him in The Fall -- that's the kind of performance you want for this, and obviously he can give it.
Posted by Walter L. Hollmann at 12:00 AM

Hi Walter..what's the name of the actor you're casting as Miss Lonelyhearts?

Based on your casting, I would definitely check your film out!

(By the way, "Day of the Locust" is a troubling movie....released in 1975, it is pretty shocking, and I think Karen Black, who I like, is a little miscast. It is, on the other hand, gorgeously photographed. Not sure if I would highly recommend it, but I would be interested in your opinion of it.)