When I began my second Retro Awards, instead of gradually navigating through the films of 1964 before reaching nominees and winners, I immediately started with Becket. You all must have heard the tale in some way or another, or at least of Becket himself. His shrine is where the pilgrims are headed in Chaucer's Canterbury Tales. T.S. Eliot dramatized the murder in his verse-play Murder in the Cathedral. And then there's the subject of today's Casting Coup.

This is the film adaptation of Jean Anouilh's popular stage play about the rise and death of Thomas a Becket, a Saxon who is bosom buddies with the Norman king of England, Henry II. Tired of the independent governing of the church, Henry makes Becket the Archbishop of Canterbury -- and, thus, Head of the Catholic Church of England -- in an attempt to curtail the church's insolence. Becket is instead humbled by the title, and becomes as devout and faithful as an Archbishop should be. This makes him an enemy of his former friend, and eventually leads to his murder. It's okay, though, because then he's declared a saint.

Anouilh's play -- and the screenplay by Edward Anhalt -- are well-known to be historically inaccurate. But as Anouilh said when he heard this criticism, "Yes, but it's still a good story." Indeed it is! It's one those old-school costume dramas that is still surprisingly sexy, funny and exciting. The men toss off some pretty great one-liners, then suddenly tug at your heart and dig into your brain. It's the old question of church vs. state, and the film presents a pretty complicated view of it. And how can I be expected to choose between Richard Burton, in one of two fantastic '64 performances, and Peter O'Toole?

Academy voters couldn't either, I guess. Both men, who also hold the record for most acting nominations without a win, were nominated in the Lead category, and lost to Rex Harrison for My Fair Lady. Indeed, Becket lost eleven of its twelve Oscar bids; only Edward Anhalt took home the gold, in the Adapted Screenplay category. And really, this was no mean feat: Anhalt was nominated against juggernauts My Fair Lady and Mary Poppins, the two films that bested Becket every turn. In addition to the two for Best Actor, awards for Sound, Art Direction (Color), Cinematography (Color), Costume Design (Color), Director and Picture all went to My Fair Lady; those for Editing and Substantially Original Score went to Mary Poppins. John Gielgud's brief turn as King Louis VII lost Supporting Actor to Topkapi's leading player, Peter Ustinov. The fact that Anhalt managed a win at all -- I would call it a miracle.

Much as I loved the original, I couldn't find a place for it in my own Retros, so blown away was I by revisiting My Fair Lady and Mary Poppins and discovering Dear Heart, The Naked Kiss and The World of Henry Orient. But I did know that I wanted it to be my first entry for Casting Coup Week.


CARDINAL ZAMBELLI
Who is He:  A holy man who advises the Pope regarding Becket.

Gino Cervi (The Little World of Don Camillo, Indiscretion of an American Wife) 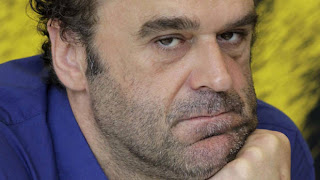 Pippo Delbono (I Am Love, Cavalli)

POPE ALEXANDER II
Who is He: The Holy Pontiff. He instructs Becket to return to England and make a stand for the Church.

Paolo Stoppa (Rocco and His Brothers, The Leopard) 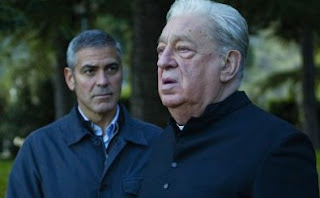 THE ARCHBISHOP OF CANTERBURY
Who is He: The leader of the Catholic Church in England, an aging man who frequently clashes with the king and Becket until he passes. 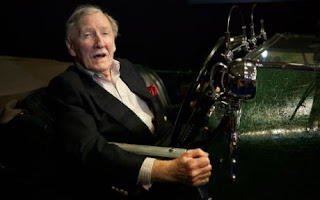 ELEANOR OF AQUITANE
Who is She: Wife of Henry II, who loves her husband as much as he loves her. That is to say, not that well. She is incensed by his affection for Becket. 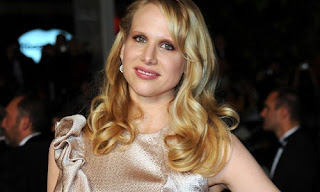 EMPRESS MATILDA
Who is She: The King's mother, who finds her son's friendship with Becket ridiculous. She figures Becket to be a deceitful plotter, wanting Henry to finally give the command to execute the man.

Martita Hunt (The Brides of Dracula, The Unsinkable Molly Brown) 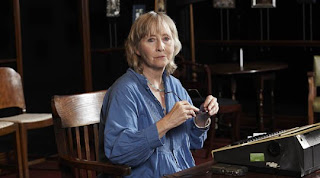 GWENDOLEN
Who is She: A Saxon woman, beloved by Becket, coveted by Henry. Her decision to kill herself rather than be taken by the king makes her another victim of Henry's selfishness and entitlement.

My Choice: SAG Award Nominee for Best Ensemble (An Education) 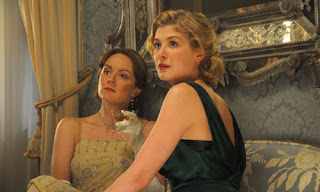 Rosamund Pike (Die Another Day, The Big Year)
Beauty and confidence, both of which I think are requirements for this role.

BROTHER JOHN
Who is He: At first, a rebellious novice who tries to assassinate Becket. Later, he is humbled by how seriously Becket takes his new role. He becomes the man's protege and supporter.

David Weston (Witchcraft, The Masque of the Red Death) 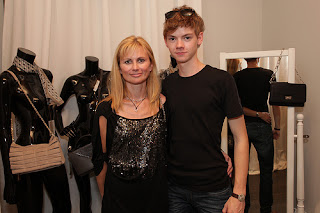 Thomas Brodie-Sangster (Love Actually, Bright Star)
Could bring an innocence, certainly, but he's grown as an actor, too. Perhaps a touch of post-teenage surliness has added an extra layer to his performances. Anyway, I like him, so the more Sangster the better.

THE BISHOP OF LONDON
Who is He: A staunch opponent of Henry and Becket, a holy man who believes in the independence and sovereignty of the Church. Henry actually approaches him to help against Becket! 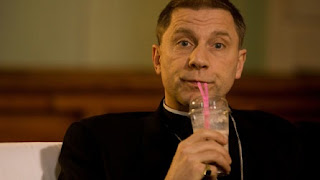 Simon McBurney (The Duchess, Jane Eyre)
After impressing me with roles ranging from The Last King of Scotland to Tinker, Tailor, Soldier, Spy, there is no better player for the opposition, in my mind, than McBurney. One of the great unsung character actors of our generation.

KING LOUIS VII
Who is He: King of France who grants sanctuary to Becket. Later becomes irritated when Becket refuses to compromise in any fashion with Henry. "Do you wish to be more than a saint?" he asks. 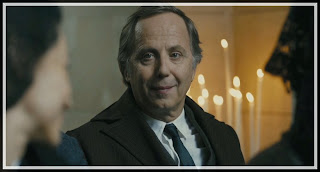 Fabrice Luchini (Moliere, The Women on the Sixth Floor)
Delightful in Potiche, Luchini was, for me, a cinematic blindspot that has since left me wanting more. What fun he would be in this steal-stealing role!

KING HENRY II
Who is He: King of England, a Norman ruler who has befriended a Saxon servant, Becket. Henry is more attached to Becket than any women he has ever met (if you catch my drift), and in his spoiled, childish way, thinks he can control the church by putting Becket in charge. He's in for a grim surprise when it turns out Becket actually takes his position seriously. Henry's anger and jealousy leads to him ordering, in a roundabout way, the murder of Becket. 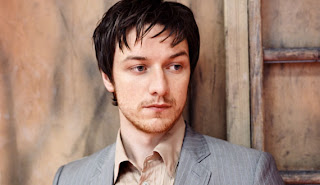 James McAvoy (The Last Station, X-Men: First Class)
He has the youthful vigor necessary for this man-child. When a film demands presence, he delivers. Besides, it would be wonderful to see him teaming up once more with my Becket.

THOMAS A BECKET
Who is He: A Saxon servant who befriends his Norman ruler, King Henry II. Made the Archbishop of Canterbury by Henry, in an attempt to manipulate the Church, Becket surprises everyone by taking his vows seriously. He opposes his old friend and seeks to maintain the "honor of God". Becket is tried, he escapes, he returns, he is murdered. And then he is declared a saint.

Richard Burton (The Night of the Iguana, Doctor Faustus) 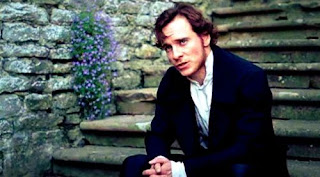 Michael Fassbender (Hunger, Jane Eyre)
A great talent at both comedy and broodery, Fassbender would magnificently chart Becket's growth from a drunken arranger of rendezvous to a devout leader of the Church. We already know he and McAvoy make superb screen partners, so pairing them up again is a no-brainer.

Boo, at Fassy. Sigh, why am I not getting the Fassbender love? (I thought that Matthew McFayden was getting that spot as Becket, six degrees of Keira Knightley/Joe Wright and whatnot since you have Rosamund AND James)

And Rosamund Pike for everything. Every bloody thing.