Yesterday, we began with music, presented a bulk of the acting categories, and spread the wealth. Today, the remaining nine categories for the 2017 Hollmann Awards - including Best Picture. Again, order was determined by random drawing. Click here for a full listing of the nominees in each category. 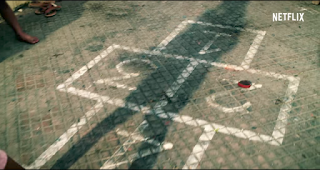 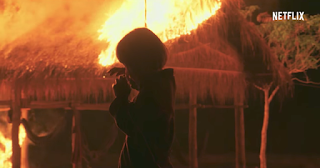 After the jump: Original Song, Actress, Best Picture of the Year - and more!

1. "Never Enough" from The Greatest Showman
music and lyrics by Benj Pasek and Justin Paul

3. "Tightrope" from The Greatest Showman
music and lyrics by Benj Pasek and Justin Paul

5. "A Million Dreams" from The Greatest Showman
music and lyrics by Benj Pasek and Justin Paul 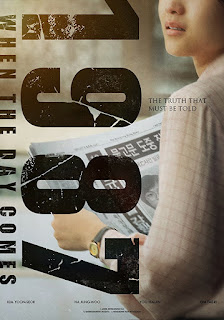 1987 moves at the breakneck pace of a thriller. It dances to the rhythms of young romance. It catches the tiny details that say everything, building up to the bigger picture for maximum impact. And when it unleashes its archival footage at the end, it's not as postscript or annotation, but as the continuation of the story. Yang Jin-mo juggles it all, creating a single, perfect movie.

In second, hundreds of hours of footage, thousands of notes, a lifetime of work - and Jane is but 90 minutes. In third, the deliberate pace of Blade Runner 2049. In fourth, the unstoppable action of Atomic Blonde. In fifth, the vigorous back-and-forth between POV in I, Tonya. 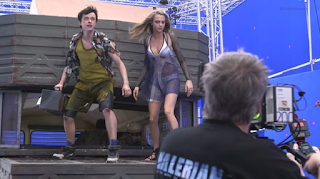 There is infinite detail in Valerian, from the creatures to planetary topography. The titular city, diverse in landscape but with consistent designs that remind you these are boroughs; the trans-dimensional marketplace; the flawless Pearls; those weird, birdlike Doghan Daguis. Unlimited in its imagination.

In second, the apes and explosions of War or the Planet of the Apes. In third, war in space, on planets, and even in a casino, in The Last Jedi. In fourth, Okja. In fifth, the hologram-heavy future of Blade Runner 2049. 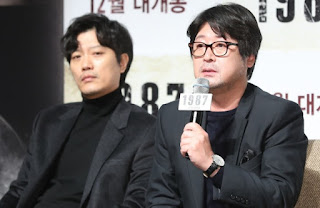 I already talked about the balancing of tone and genre within a single historical epic, but Jang Joon-hwan guides the ship with such clear-eyed purpose. He elicits laughs and tears in equal measure, without resorting to cheap tricks. There's a real fire in every scene, and each subsequent moment feels as vital as the last. Jang keeps things visually interesting, empathically performed, emotionally effective.

In second, Paul Thomas Anderson gets surprisingly kooky. In third, Greta Gerwig's grounds her high school comedy in truth. In fourth, James Gray meditates on Lean themes. In fifth, Denis Villeneuve carries on a legacy and makes it his own.

Immediately, one notices how sparse things are in 2049. While Blade Runner's 2019 was all a-clutter, things have really cleaned up since: smooth surfaces, clean lines, polished white interiors. The future is sterile, with K's apartment resembling the police department. But then there's the literal desert town of Las Vegas, lost to time, covered in sand and dust; there's the Wallace Corporation, with its wooden interiors and performative zen vibe; there's the ruined garbage dump of San Diego. It's all still of a piece with the original while adjusting to modern tastes. Astounding.

2. Saoirse Ronan in Lady Bird; 3. Vicky Krieps in Phantom Thread; 4. Emma Stone in Battle of the Sexes; 5. Margot Robbie in I, Tonya

It feels like Emily Dickinson was born to be played by Cynthia Nixon, so perfectly does actress inhabit poet. Witty yet never frivolous, Nixon embodies a woman whose mind is always working, always attentive, listening but never shrinking from conflict, breathing in life while all too aware of mortality. Nixon does not play Emily's reclusiveness, spinsterhood, fixation on death, or even her Bright's Disease as tragedy; there is something admirable, even defiant, about her unwavering spirit and stubbornness.

In second, Saoirse Ronan nails the high school experience - for better and worse. In third, Vicky Krieps may be a muse, but she also proves herself her own woman. In fourth, Emma Stone balances activism on and off the courts with sexual awakening. In fifth, Margot Robbie turns a punchline into an icon - also for better and worse. 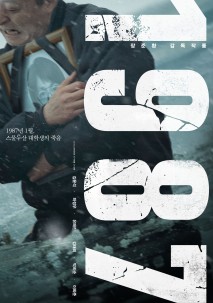 1987: When the Day Comes has a lot of narrative threads to juggle and information to contextualize, and it has to do it all without sacrificing character while delivering a coherent, suspenseful narrative. It pulls it all off beautifully, easily. Every member of the ensemble is distinct and realized, whether they be real or fictional, named or not.

Embracing genre without trivializing the historical import of the events or the legacy of the martyrs, 1987 manages to be the most entertaining and most important movie of the year. A call, not to arms, but to vigilance: this is a fight that will continue, a fight that The People can win. I was moved to tears - you may be moved to action.


There you have it - the year as I saw it. Yesterday, 1987: When the Day Comes had zero awards; today, it has the most with four, including Best Picture. Take that as a recommendation.

On Monday: my Oscar predictions. On Tuesday: the Oscar nominees!