The 2017 Hollmann Awards: Part One

It's the 2017 Hollmann Awards in 2018! With eighteen categories to get through, I'm dividing things up over two days. The order of categories was decided by lottery, much like the nominations - and if you haven't taken a look at those, please do; they come with a full list of the honorees in each category.

2. Battle of the Sexes
Nicholas Britell

5. The Shape of Water
Alexandre Desplat

Makeup, Supporting Actor and Actress, and much more, after the jump....

Rob Morgan plays Hap Jackson - a father, a husband, a preacher, head of a loving household, an experienced tenant farmer on the land of an inexperienced white man who expects the Jacksons to "earn their keep". But Morgan doesn't dwell on the indignities. Though he follows orders, he looks people in the eye. And he will not allow his children to suffer as he has, as demonstrated in a scene at movie's end that is earth-shaking. A subtle performance full of dignity and warmth.

In second, Kim Yoon-seok as a fanatic commie hunter. In third, Richard Jenkins as a warm G.B.F. In fourth, Michael Shannon finds black humor in his villainy. In fifth, Daniel Craig proves adept at comedy - and with an accent! 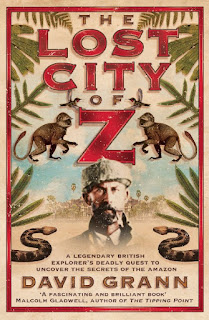 No mere jungle adventure, Gray uses Percy Fawcett's obsession with Amazonia to explore the passions that drive men into folly - something a filmmaker might know a thing or two about; the politics and hierarchies of Victorian British society that not only determine class, but social standing within that class; colonialism's ability to open up new worlds and its tendency to crush them; and even, yes, feminism, but without coming off as anachronistic.

In second, Mudbound balances multiple perspectives and societal concerns. In third, Blade Runner 2049 shoulders the burden of continuity with appropriate gravitas and thoughtfulness. In fourth, First They Killed My Father explores, but does not exploit, true horror. In fifth, Only the Brave faithfully recreates the chemistry and camaraderie of the fire service. 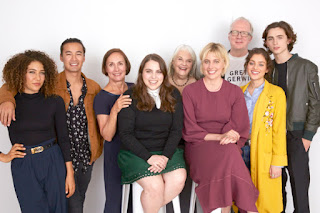 Lady Bird is one of the most generous movies as far as its ensemble goes. Though centered on the titular role played by Saoirse Ronan, every character - her best friend, her beaux, her parents, her brother, his girlfriend, the coach-turned-drama teacher - comes through vividly and affectionately.

In second, the reporters, lawyers, activists, and other assorted citizens of 1987: When the Day Comes. In third, the splintered but still affectionate family of After the Storm. In fourth, the families at the heart of Mudbound. In fifth, the young terrorists of Nocturama. 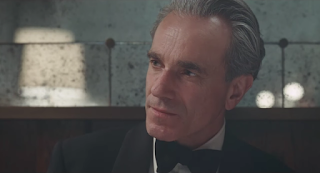 As designer to the elite, Daniel Day-Lewis gives Reynolds Woodcock a quiet charm, an easy grace...a childish petulance, a mercurial self-seriousness. You get the attraction an Alma might feel towards him, and his ease with his female clients seems genuine, but boy oh boy, Day-Lewis isn't about to sand this guy's edges. Frustrating and comical, his line-readings are impeccable: "Fucking chic?" "But the interruption is still here!"

In second, Song Kang-ho sincere sacrifices for family and, eventually, the greater good. In third, Charlie Hunnam as a single-minded, romantic obsessive. In fourth, Ryan Gosling fixates on and fears his own feelings. In fifth, James McAvoy takes on multiple roles within one psychotic man.

Possessed of a natural empathy, a kindly disposition, and with no less pride in her intellect than her more famous sister possesses, Vinnie Dickinson is as indispensable to A Quiet Passion as she is to Emily. Jennifer Ehle exudes boundless warmth, and in that is perhaps more of an acceptance of the Dickinsons' lifelong solitude than Emily can muster. She is at once the perfect complement and foil to her sister.

In second, Lesley Manville's watchful distance and confident authority. In third, Laurie Metcalf's exhaustion belies her real affection. In fourth, Carla Juri's heart. In fifth, Sylvia Hoeks' own grappling with her innate humanity, and misreading of how to handle it. 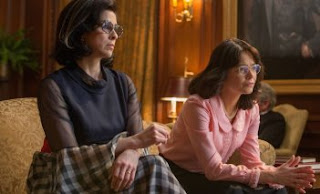 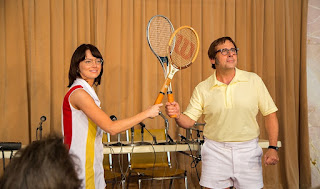 Battle of the Sexes
Mary Zophres

It helps that clothes are a vital part of the narrative, with Alan Cumming's designer bringing style to female athletics - and damn, does he ever! Battle of the Sexes also nails the 70s look in all its permutations: the garish evening wear, the loud prints, the large lapels - just from the suits, you can smell the aqua velva on the men. It's a lot, but it never calls too much attention to itself. 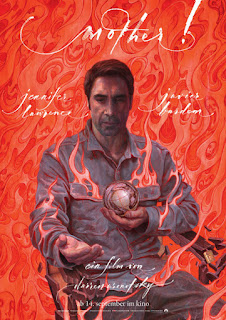 mother! is a horror movie, and the proof is in its audio track. The tranquil sounds of the isolated countryside are interrupted by the sudden, impossibly loud bang-bang-bang on the front door. From there, the cacophony grows in both volume and chaos; any silence or quiet that does set in becomes chilling, a momentary pause, no longer peaceful but an overture to madness. What other movies this year used sound so effectively? 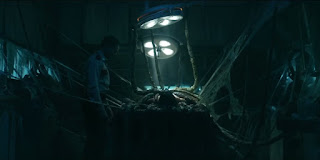 The Void's grisly gore and monster effects become all the more jaw-dropping when you consider its five figure budget. People will be talking about this movie's makeup work for years, in the same breathless tones reserved for The Thing or The Fly. Leastways, they should...

In second, The Shape of Water's amphibian man. In third, Warriors of the Dawn are caked in blood, dirt, and grime - the royals they protect, not so much! In fourth, I, Tonya embraces garishness in life and on the ice. In fifth, Darkest Hour revives Winston Churchill, Neville Chamberlain and Clementine Churchill.


Glory be: nine categories, nine movies honored...so far. Tomorrow: Cinematography, Actress, and more, including Best Picture of the Year. Check it out.....