2017 was a very backloaded year as far as quality cinema goes...or so I thought. But in compiling this year's Top 25, I realized just how many gems there were, so many that I almost made this a Top 30! Consider these my recommendations - if you've missed out on any, correct that immediately!

What follows are the first 15 entries in my Top 25. For the full list of the 127 films that qualified, click here.

A historical war epic in which the tattered forces of the Ming army go up against Japanese pirates. A great showcase for the martial artists at the core of its ensemble and a fascinating pulling-back of the curtain on military strategy. Deep character work, with its surprising admiration for the Japanese tacticians and its feminist portrayal of the main character's wife: not a mere general's bride, she is her husband's equal in strength and cunning, even leading a co-ed army of villagers against invaders.

Another historical epic, this one looking at the lives and loves of young people in a theatrical troupe at the end of the Chinese Cultural Revolution. Sometimes tells instead of shows, but rare is the opportunity for such a personal and empathetic glimpse into this chapter of world history. Engaging performances from the young cast, and with a firm handling on both the micro and the macro from director Feng. 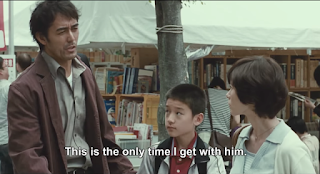 A highly personal story that's so unassuming in its manner and so specific in its details, in what's said and unsaid, it feels like you're peeking in on a family that's forgotten you're there. There's not much going for the central character, a divorced dad and one-time novelist turned private detective: he's broke, he gambles, he wants to be a better son and father but he just can't help being himself. There's something all too recognizable about him, his sister, his ex-wife, his mother. A deeply moving simplicity.

Due respect to Coco, but this was my favorite animated movie this year. An energetic ode to the imagination, whether it's the boundless outlandishness of childhood or the studied invention of adulthood. Possessed of equal parts impish cleverness and genuine heart that sits comfortably alongside Chuck Jones and Tex Avery.

"They don't make 'em like they used to," says the Other Generation. True for the most part! Then there's Mudbound, which does make 'em like they (or at least George Stevens) used to, while remaining entirely its own thing. A dour study of American life that arrived at a sadly apt time in our history. Impeccably performed, beautifully photographed.

Non-stop laughter - not a chuckle or a giggle or snort, but loud, raucous belly laughs! Joy on-screen and off, reflecting, feeding off of each other: a movie that knows its audience so well, the performers seem to hear the calls from the audience and react accordingly. What a joy to see four funny, sexy, confident women of color leading a film and having a damn good time doing so! 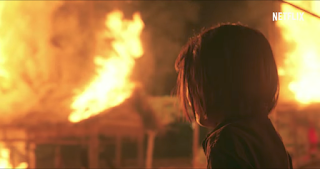 Loung Ung's memoir about her traumatic childhood during the Khmer Rouge era is poetically dramatized, the film presented as the memory of a child - strangely beautiful, often horrific, occasionally surreal. It's a lot, and it's to the filmmakers' credit that even as it never pulls punches, it's neither exploitative nor overly-depressing - indeed, there's a swelling of the human spirit by the end. 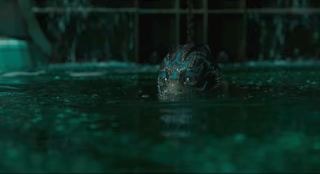 I grew up idolizing the Universal Monsters all out of proportion, wanting most of them to win, get the girl, foment chaos. Del Toro gave me both the movie I wanted and the movie I did not know I wanted: a ballet dedicated to the "others" in society, the misfits looked down on because of what makes them different, the ones whose greatest strength and vulnerability is their empathy. And who knew you could make a human-gillman romance believably sexy?

Another superb historical epic about Japanese invaders; this one has proxy soliders (paid to fulfill noblemen's military obligation) protecting a prince who has been proclaimed a temporary ruler of Korea...a sacrificial lamb to bait the Japanese while the king hides out in China. Amidst this cruelty and barbarism, Warriors tells of hope against insurmountable odds, sacrifice that is neither noble nor wasted, and the struggle to keep a nation together. And so beautifully shot!

The true story of the Granite Mountain Hotshots, and if you don't know why theirs is a story worth telling, hoo boy will this movie throw you for a loop. As the son of a firefighter, I don't know that I've ever seen a movie that so faithfully captured the camaraderie among them: the brotherly teasing, the strength of the spouses, the shorthand communication, and indeed, the sense that these are men doing a job. Even the facial hair is on point!

I don't know how you make a movie about human trafficking this much fun without trivializing its subject matter, but damn if they didn't do it! A buddy-cop action-comedy starring the impossibly handsome duo of Kang Ha-neul and Park Seo-joon, whose chemistry and comic timing are as sharp as their jawlines. Through the exciting twists and sweaty training montages is a sincere examination of the limitations of police work and prioritization. 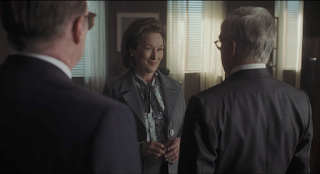 While it takes place in 1973, its rallying cry for the First Amendment and freedom of the press, and depiction of a paranoid White House's concerted effort to destroy the media, feels even more vital in this era of Fake News. The movie's strength lies in its understanding of that complex relationship, that if journalism is going to keep government culpable, then it can't play favorites. On an equal plane is its exploration of women as corporate leaders and the difficulty of public trading - all fascinating, all dealt with in equal heft and detail. A real humdinger!

Alternate title: Tinker, Tailor, Soldier, Wry, AMIRITE?! A brilliant, kinetic Cold War espionage thriller that smirks without airs. Makes a greater case for a female Bond than any thinkpiece. And so stylish: costumes, sets, cinematography, editing, performances, all so sleek and chic, even amidst blood spatter. This is a fucking movie!

An audacious self-exorcism, a portrait of the artist as a deity. Is it about a creator's rocky relationship with his fans, the muse, and his ego, or The Creator's rocky relationship with Man, Earth, and His ego? It's an uncomfortable sit, but an exciting one, undoubtedly one of the most naked movies of the year. I don't think any other filmmaker has understood how to utilize and challenge Jennifer Lawrence like Aronofsky does here.


And as for the Top Ten...that will have to wait until tomorrow.

Email ThisBlogThis!Share to TwitterShare to FacebookShare to Pinterest
Labels: 2017, After the Storm, Atomic Blonde, First They Killed My Father, Girls Trip, God of War, Midnight Runners, mother!, Mudbound, Only the Brave, Raw, The Post, The Shape of Water, Warriors of the Dawn, Youth