Over at The Film Experience, Nathaniel Rogers has begun his annual April Foolish Oscar predictions, which means the race can finally begin again! Here's what I think may be nominated next February at the 91st Academy Awards, keeping in mind that none of these films have screened, no one knows anything, and I am spotty with my advance predictions. 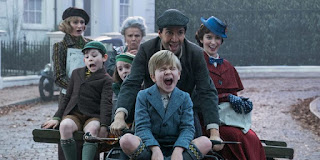 These first five are my "most likely". I know, I know: three biopics? In a post-Shape of Water world? What is this, 2005? But hear me out.

Adam McKay returns with his first film since The Big Short, finding political filmmaking to his liking with the Dick Cheney biopic Backseat. If it doesn't leave too bad a taste in people's mouths - it could go either way between "Boy, we thought we had it bad then" and "And that's why we're in this mess now" - this could be the frontrunner.

I also have the creative teams behind Moonlight and La La Land facing off once again with, respectively, If Beale Street Could Talk (an adaptation of a novel by James Baldwin) and First Man (an adaptation of a biography of Neal Armstrong). And let me say this,: if Backseat isn't the frontrunner, expect First Man to step in, as both a look back at a time you could be proud to be an American and an apology for La La Land not actually winning.

It'd be crazy not to have a woman-led film in the conversation, so expect Ruth Bader Ginsburg biopic On the Basis of Sex to hit big. And for my fifth slot, after some hemming and hawing, I went with another woman-led film...blockbuster crowdpleaser Mary Poppins Returns. Because right now, anything is possible!

As for the rest of the lineup, here's what I expect, in order of likelihood:

Roma
Beautiful Boy
The Front Runner
Boy Erased
Can You Ever Forgive Me?

Roma is about a family in Mexico City in the 1970s, the first film from Alfonso Cuaron since Gravity. Beautiful Boy is based on two best-selling memoirs about a father and son coping with the latter's meth addiction and rehab. The Front Runner tells of the Gary Hart sex scandal, where photos of a woman not his wife leaving his house in the morning eventually led the Democratic frontrunner to drop out; again, this could live or die depending on whether people feel it's too sympathetic to modern parallels. Boy Erased is about gay conversion therapy. And Can You Ever Forgive Me?, based on the true story of Lee Israel, a biographer who turned to forgery. The trailer looks promising! 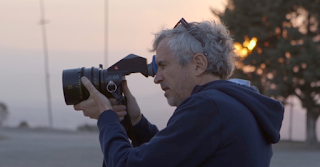 Even though it's hard to measure now, I'm sure there's still split between the top five Best Picture nominees and the five Best Director ones - the kind of split that used to lead to David Lynch for Mulholland Dr. or David Lynch for Blue Velvet. In this spirit, I have Alfonso Cuaron tapped for a nomination for Roma - after his Gravity win, one expects he'll be welcomed back with open arms - as well as first-timer Felix Van Groeningen for Beautiful Boy. Another previous winner making the cut: First Man's Damien Chazelle, fresh off his La La Land triumph. Previous nominees Barry Jenkins (the first black director to be nominated twice, perhaps?) and Adam McKay also join. 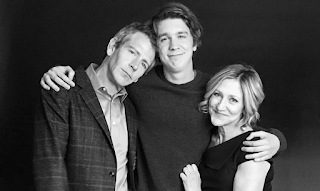 Christian Bale once again did irreversible harm to his body to transform into Dick Cheney for Backseat - a biopic, weight gain, probable prosthetics, beloved previous winner: this has all the hallmarks of a possible frontrunner. Also in contention: a talent like Lucas Hedges is bound to attract more nominations as his career progresses, and he's great at gay! Ryan Gosling as Neil Armstrong - obvious attraction there. Hugh Jackman as womanizer Gary Hart? That I'd love to see. And it feels like only a matter of time before character actor Ben Mendelsohn gets a nomination - why not for that most beloved of Oscar subgenres, sad man's personal journey? 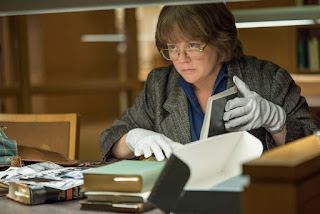 Emily Blunt, Mary Poppins Returns
Marina de Tavira, Roma
Felicity Jones, On the Basis of Sex
KiKi Layne, If Beale Street Could Talk
Melissa McCarthy, Can You Ever Forgive Me?

Emily Blunt is beyond overdue for a nomination, but can she capture the Julie Andrews magic? Perhaps - the favorable response from critics and audiences for A Quiet Place will certainly help. Melissa McCarthy has the talent to get another Oscar nomination, so let's keep our fingers crossed that Can You Ever Forgive Me? has the goods. Felicity Jones probably has the best on-paper chances, playing Ruth Bader Ginsburg. KiKi Layne leads If Beale Street Could Talk as a woman looking to get her falsely imprisoned fiance out of jail; this is a category that loves a discovery. Marina de Tavira is my wildcard choice - though we know nothing of the movie yet, she's reportedly one of the more seasoned performers in Cuaron's latest, and this category is uniquely more open to foreign language performances. 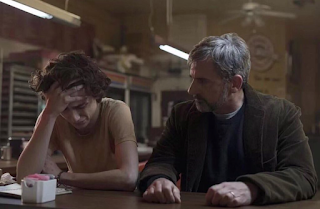 If the film has the chops, expect Timothée Chalamet to cruise to a win, probably with enough screentime to qualify as a co-lead opposite "dad" Steve Carell, for playing the recovering meth addict of Beautiful Boy. Last year's winner Sam Rockwell returns in triumph, this time ingeniously cast as George W. Bush for Backseat. Featured first-timers include veteran Colman Domingo as the previously mentioned Layne's father; Joel Edgerton, directing himself as the leader of a gay conversion camp in Boy Erased (this category loves a villain); and Oscar Isaac, still nomination-less, as the artist Paul Gauguin in Van Gogh biopic At Eternity's Gate (hey, it worked for Anthony Quinn!) 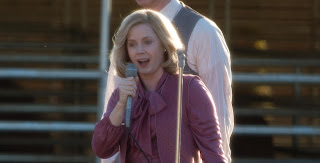 On paper, at least, Amy Adams seems poised for a sixth nomination and first win as Liz Cheney in Backseat - she may even wind up in Lead! That her Arrival performance was passed over will surely play a part in the awards season narrative. Is third time the charm for JT LeRoy's Laura Dern, playing a real-life author who not only adopts a male persona for some of her books but convinces her sister-in-law to play the role in public (!!!!)? Oscar loves Wives and Mothers (yes, capital letters), which is why I've included First Man's Claire Foy and If Beale Street Could Talk's Regina King. And you know what? Because Oscar also occasionally tips its hat to mainstream "genre" films in these categories, why not Michelle Yeoh as the protective, disapproving, legacy-ensuring momma in Crazy Rich Asians? "Fun" fact: only six actresses of Asian descent have ever been nominated for Oscars. Let's, uh, let's fix that. 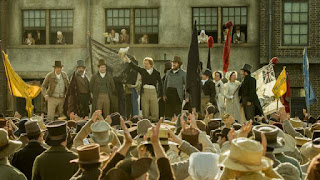 Backseat
The Favourite
On the Basis of Sex
Peterloo
Roma

Last Year: 2/5 - Get Out  (WINNER), Three Billboards outside Ebbing, Missouri

Email ThisBlogThis!Share to TwitterShare to FacebookShare to Pinterest
Labels: 2018, Backseat, Beautiful Boy, Boy Erased, Can You Ever Forgive Me, First Man, If Beale Street Could Talk, Mary Poppins Returns, On the Basis of Sex, Oscars, Roma, The Front Runner