Finally, the finale of our 1987 retrospective: Part Two of the Retro Hollmann Awards.

Nominations are here. Part One is here. 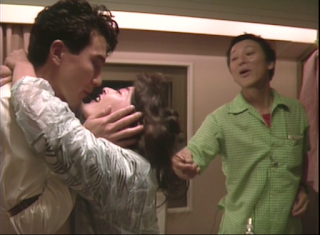 2. James L. Brooks for Broadcast News; 3. Bernardo Bertolucci for The Last Emperor; 4. Steven Spielberg for Empire of the Sun; 5. John Huston for The Dead


Itami's satirical chops are on display in both The Funeral and Tampopo, but the latter is truly remarkable for the way it combines comical observations on the culture, etiquette and fetishization of food with loving tributes to various genres: western, romance, gangster pic, erotica, etc. It's hilarious, even absurd, yet there's a throat-catching beauty to Tampopo's hopes, to a homeless man's attention to cuisine, to a dying man's final words to his mistress being a cherished recipe. There's a real fascination and love of life and people here. 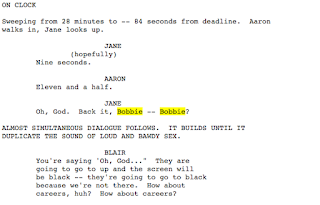 Like I said: "It's a perfect screenplay...Every character thought through... Smart, sexy, hilarious, honest."

In second, the stylized genre-hopping of Tampopo. In third, the intimate dramedy of The Funeral. In fourth, the violent satire of RoboCop. In fifth, the carefully consider class and family dynamics of La Bamba.

4. "She's Like the Wind" from Dirty Dancing
music and lyrics by Patrick Swayze / Stacy Widelitz

Christian Bale as Jim
Empire of the Sun

Time and again, when I thought of the performances that affected me most from this year, I kept coming back to Bale's Jim: singing "Suo Gan", hiding in the mud, brattily telling the maid she has to do what he says, scared shitless in the streets of Shanghai, desperate for rice, dreamily wandering through the stadium. But most of all that moment near the end, desperately pumping the chest of a fallen friend, blood pouring from the corpse's mouth, chanting over and over, "I can bring everyone back - everyone! Everyone!" I think that may haunt me for a long time to come.

Pu Yi's early years are in a court frozen in time, where status is reflected in the style, color, and texture of a courtier's robes. The clothes change with the times - and locations: stylish tennis outfits, silky evening gowns, the straight line of the Japanese uniform, the ready-for-action practicality of a lady aviator's suit, the drab monochrome of the Communist prison camp in winter... Clothes may not make the man, but they do reflect where he is in his life.

In second, the various film genres embodied in a modern Japanese setting in Tampopo. In third, the 50s styles of La Bamba. In fourth, Maggie Smith's spinster style in The Lonely Passion of Judith Hearne. In fifth, a lot of lace in The Dead. 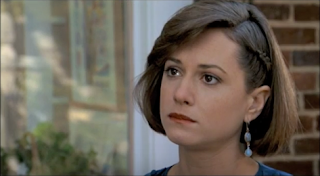 Like I said: Holly Hunter "doesn't play Jane for laughs; it's all real for her. The weird little voice when she asks Tom out, the nervous physicality getting ready for the correspondents' dinner, the rat-a-tat efficiency of her speech when producing, the straightforwardness of "No, it's awful!", the orgasmic way she tosses her head back after producing Tom's first anchor gig. Not a detail missed!"

It kills me to place her in second, but Maggie Smith, my favorite actress in history, gives one of her greatest performances in The Lonely Passion of Judith Hearne. In third, Nobuko Miyamoto's cheery, determined Tampopo. In fourth, Jennifer Grey's stubborn yet open-minded Baby. In fifth, Sarah Miles' determinedly hopeful Grace.

It's not just Dukakis or Gardenia or Cher. It's the grandfather played by Feodor Chaliapin; Gina DeAngeles' old crone who doesn't believe in curses but puts one on her sister anyway; Nada Despotovich's Chrissy, with her unrequited love for Ronny; the couple at the liquor store; the performers at the opera...

In second, the family at the center of La Bamba. In third, the editors, PA's, reporters, producers, directors, and others who make up Broadcast News. In fourth, the various foodies linked by Tampopo. In fifth, the different kinds of family in The Lost Boys. 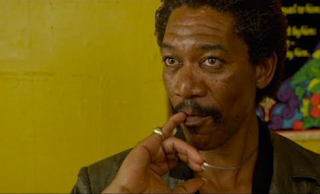 2. Lance Henriksen in Near Dark; 3. Esai Morales in La Bamba; 4. Koji Yakusho in Tampopo; 5. Mandy Patinkin in The Princess Bride

As I said: "...he's always scanning, processing, that ironic smile the only clue that he's got something up his sleeve, a private joke that involves you. Magnetic and dangerous, slimy and sexy, relaxed and coiled: this is a star performance."


Best Picture of the Year 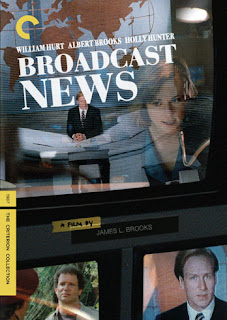 
There you have it! Broadcast News takes home Best Picture, but The Last Emperor wins the most: a total of four!

I'll be back in July with a look at 1959: Anatomy of a Murder, The Diary of Anne Frank, The Nun's Story, Room at the Top, and the winner: Ben-Hur!