The Writing Awards! It's late, we're doing eight films in two categories, there's much to get into, let's just do the Oscars clip...


And start with Best Adapted Screenplay after the jump....

Just one party. And in that party, the kaleidoscope of life: hopeless drunks, overbearing mothers, a faded songstress, political activism arguing against ennui, young men looking to dance with available women, married women remembering their own young men of years ago. And under it all, the undercurrent of mortality, life ever-changing, this too shall pass. All delicately, warmly, bittersweetly told. 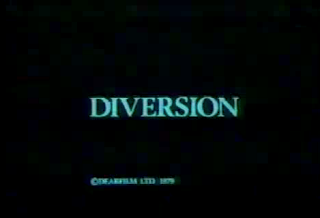 For three-quarters, we've been given a sexy, mature infidelity thriller, a movie filled with adults behaving like people. Then comes that famously rewritten/re-shot finale, a grotesque and outlandish banshee shriek molded to audience demands. But it works, and that's because the movie's been honest throughout, each escalation the logical progression of its characters' messy choices.

Two long passages bookend this meandering tour of the Vietnam War. The boot camp passage is the most famous, with the narrative focusing on the drill sergeant's abusive breaking-down of a soldier's spirit and individuality. The second passage has a troupe of soldiers taking cover as a sniper bears down on them. In between are episodes. It is absurd, comical, dreary; it is repetitive, frustrating, tedious. TIt makes for a film that peaks early. Not bad, just uneven.

The Last Emperor
Mark Peploe and Bernardo Bertolucci
adapted from From Emperor to Citizen: The Autobiography of Aisin-Gioro Pu Yi by Pu Yi and Twilight in the Forbidden City by Reginald Johnston
*****

History interpreted through a number of vantage points: as dreamlike memories suddenly stirred; as an exotic tale told by a foreign outsider; as a whitewashed confession fashioned to please captors; as a footnote to a tour guide's monologue. This is no birth-to-death, hit-the-highlights biopic, but a provocative meditation on the perception of power and the mythmaking of history.

A gentle, amusing little tale, and its observations about how children perceive the world around them, what they prioritize, how they grieve are, to my memory, true. But much like Full Metal Jacket, at a certain point there's this unmistakable feeling that there's nowhere to go, nothing left to say, yet still, we trudge onward. Like realizing the candy cane's much larger than you initially thought.

A deserved Oscar for The Last Emperor...but golly, by a hair, I have to swing my vote towards... 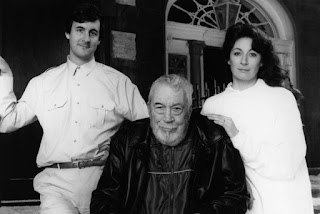 THE DEAD
adapted by
TONY HUSTON

At first, it seems to be a vignette-laden film about a boys' boarding school; it eventually becomes something deeper, richer, as its various plot threads come together to bring into focus one of the darker periods of human history. Stays true to its adolescents' energy and relative innocence, without compromising the heaviness of the events.

It's a perfect screenplay. I don't know how else to describe it. I worked in live, daily television for about three years; these people, the dynamics, the conversations - this isn't just familiar territory, it's a fucking transcript. Every character thought through - even Paul Moore's weaseling condescension is waaaay more human than most other movies would allow. Smart, sexy, hilarious, honest.

Constantly finding new layers in his characters without completely ripping them from his young protagonist's POV. No Mrs. Miniver this, nor even This Happy Breed; this is wartime middle-class London life without the stiff upper lip - messy, funny, at times shockingly cavalier, where bombings and the closeness of death have become normalized. It's life.

An oddball, theatrical style unlike any other. Norman Jewison called Shanley the Bard of the Bronx for his poetic treatment of the working-class - they recite beautifully, but they still feel real - and it's hard to disagree. The rhythm of the most famous scenes is there on the page, from the famous slap to Rose's dinner with Perry. And so quotable!

Another episodic, semi-autobiographical work, this one embracing the jaggedness of its memories by constantly switching between the tales of life at home in the 40s and those of the era's (fictionalized) radio stars. Wonky transitions. The recurring storyline of a cigarette girl's rise to fame doesn't seem as fully thought-through as the family stuff. Uneven, but when it hits, it's a knock-out.

The big comedy juggernaut in 1987 was Moonstruck. I too send my vote the way of a comedy...but not Shanley's. I vote... 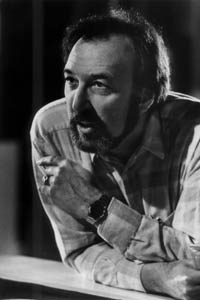