On Twitter, the great Nick Davis, a man who has seen every performance nominated for the Best Actress Oscar from 1927 through to the present, named 1987 as among the greatest lineups in the category's history.  From my limited exposure, I may have to agree. Each nominee is a gay-gasp icon, every performance perfectly realized, and here's the fun part: there are more Best Picture nominees here than in Best Actor, a rarity. And I just love that we get to say "Academy Award-winning actress Cher." 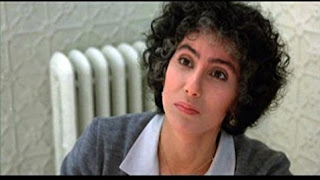 The Role: Loretta Castorini, a widow who finds herself unable to shake an attraction to her fiance's brother.

From Empire: "Cher is great"

My Take: She's so good at playing these quieter roles. Even when Loretta gets a glamorous makeover, she barely allows for feeling herself, still unassuming and self-conscious, a woman who keeps her life as perfectly ordered as her account books. Phenomenal chemistry with Nicolas Cage. An instinctive comedienne. Just terrific all around. 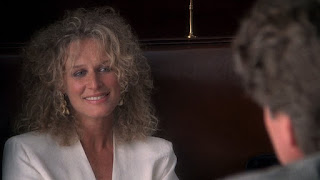 The Role: Alex Forrest, an editor at a publishing house who has a weekend fling with a married man - and becomes dangerously obsessed with him.

From The Los Angeles Times: "infernally brilliant...The alternately wary and rapacious glint in her eyes hints that she's been adventuress and victim"

My Take: Sexy, charming, an unmistakable magnetism that makes men want to talk to her, a libidinousness that keeps them coming back. And then the crazy starts. She's calculated, but not cold-blooded, and executes her vengeance with the same single-minded determination that probably helped her climb the ranks in publishing. 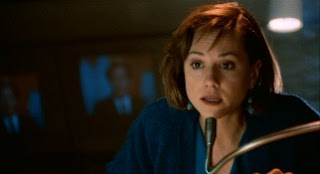 From The Washington Post: "Hunter [is] a joy to watch...she doesn't try to round off Jane's rough edges"

My Take: She doesn't play Jane for laughs; it's all real for her. The weird little voice when she asks Tom out, the nervous physicality getting ready for the correspondents' dinner, the rat-a-tat efficiency of her speech when producing, the straightforwardness of "No, it's awful!", the orgasmic way she tosses her head back after producing Tom's first anchor gig. Not a detail missed! 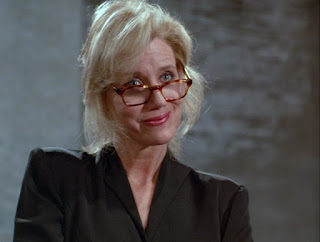 The Role: Anna, a middle-aged Czech actress in New York whose career is fading ever faster into obscurity.

From The New York Times: "[Kirkland has] an immensely dignified presence"

My Take: Her thin-smiled stillness at the audition - frustrated, patiently waiting to do her thing. The way she clenches Krystyna's shoulder when talking about her past, like a twitch that can't be controlled - all while the rest of her story takes on the flowing quality of a monologue (she just can't help it!). The accent work! 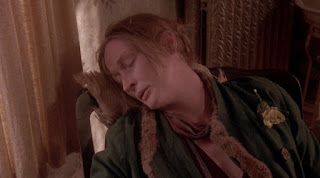 From Roger Ebert: "an exercise in which two great actors expand their range and work together in great sympathy. Both Nicholson and Streep have moments as good as anything they have done."

My Take: Her eyelids and her back droop with equal weight - this woman is exhausted just from living. The gradual reveal of her mental state is shattering, as she goes from lucid to arguing with people who aren't there. A scene where someone recognizes her from better days, and the fumbling exit from the situation - you feel every iota of shame and embarrassment. Somewhat more supporting than lead, but it's borderline.

Cher won her Oscar, but my own personal vote goes to...