This has got to be the first time this happened in Academy Awards history: the studio made the right call...but the voters committed category fraud! Two of the nominees for Best Supporting Actor - Broadcast News' Albert Brooks and Cry Freedom's Denzel Washington - were being pushed for Lead by their respective campaigns. Washington even received a Golden Globe nomination in that category. Yet when the nominations were announced, both men found themselves here.

Then there's former James Bond Sean Connery, with his first and only nomination, and not just a sentimental favorite but a worthy choice, for The Untouchables. And Vincent Gardenia, previously nominated for Bang the Drum Slowly, was up for Moonstruck, which took the Academy by storm, as first evidenced yesterday. So who took home the gold?


(It is so odd to me that in both Supporting categories, the presenters were two co-stars of a nominee who really didn't have a shot at winning.)

This is one of the strongest lineups in the category's history, I think. Let me tell you why... 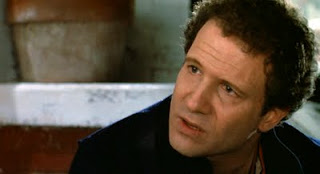 The Role: Aaron Altman, a skilled, intelligent, yet not exactly telegenic field reporter.

From Variety: "Brooks gives an insightful performance while communicating his character's guardedness and anguish."

My Take: Clearly a co-lead, but what are ya gonna do? Plays the barely-disguised rage of accomplished impotence, but also exudes such charisma, wit, and warmth that his constant kvetching rarely annoys. His portrayal of the constant, contradictory conflict between insecurity and confidence...convinces. You get where he's coming from.

Sean Connery in The Untouchables
****

The Role: Jimmy Malone, an Irish beat cop who joins and shapes Eliot Ness's squad to take down Capone.

From The South Florida Sun-Sentinel:  "Through it all, it`s Connery who shines. He is simply a delight...with a breezy acting style that should garner him an Academy Award nomination as Best Supporting Actor."

My Take: Thick Scottish brogue and all, he seems more American than Kevin Costner, with his urban casualness, unfeigned strength - both physical and of character - and an impossible level of charm. A masterstroke of casting, sure, but Connery doesn't sleepwalk or rest on his laurels. It's an energetic, full performance. You know he keeps the scotch in his oven before he takes it out, that's how flawlessly real he is. 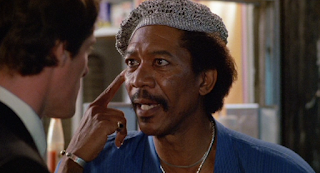 The Role: Fast Black, a pimp suspected of murder who uses a desperate reporter as an alibi.

From Roger Ebert: "Sometimes you run across a movie that's far from perfect and yet it contains things that are so good they take your breath away...Freeman creates such an unforgettable villain."

My Take: Freeman's Fast Black is unpolished, naturally charming, club-footed when trying to impress, downright frightening when crossed. His casual physicality belies his watchfulness, but he's always scanning, processing, that ironic smile the only clue that he's got something up his sleeve, a private joke that involves you. Magnetic and dangerous, slimy and sexy, relaxed and coiled: this is a star performance. 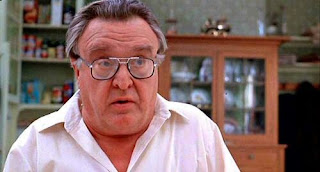 The Role: Cosmo Castorini, a successful plumber cheating on his wife of many years.

My Take: The most subtle performance I've seen him give. He's so...still as a married man having a late-life crisis. Gardenia's funny, but he's also sad, hiding his disappointment, shame, and fear of death behind a wall of defensive grumblings. 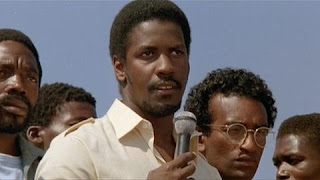 From The New York Times: "Played with great magnetism and given an air of true heroism by Denzel Washington..."

My Take: Possesses the necessary magnetism to inhabit a civil rights leader charismatic enough to inspire hope and change a few hearts and minds. His courtroom scene is a killer, an early showcase for one of the greatest actors to ever hit the screen. And that mischievous grin; Washington plays a great man without playing him as a Great Man. Effective, and greatly missed after the 80-minute mark.

Sean Connery, who I love, won the Oscar, and it's a proper supporting part. But...like...one could argue that my personal pick is a supporting part, too. Many did. And so, in addition to all his other awards, add my vote for... 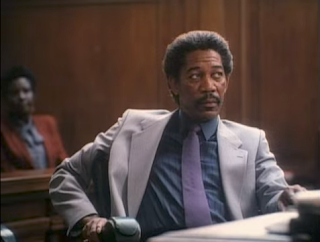