Is there any branch more exclusive than the Music one? In looking up the usual trivia of previous nominees, past winners, etc., I found that of the thirteen composers nominated - and I'm including both Musical and Non-Musical categories - all but two were either previous nominees, previous winners, or on their first of many nominations. Only Larry Adler and Leonard Bernstein, both up for Scoring of a Dramatic or Comedy Picture, were one-and-dones, though it's worth noting that Saul Chaplin, a co-winner for Scoring of a Musical Picture, would once again triumph in that same category for co-adapting Bernstein's West Side Story compositions for the cinema.

The nominees after the jump, starting with the non-musicals....

The music is terrific on its own, but feels out of place when watching - not as dark as it could be.


The High and the Mighty
Dimitri Tiomkin
****
past winner, seventh of 14 nominations for scoring

Would that the rest of the movie could be up to the quality of its main theme.


On the Waterfront
Leonard Bernstein
*****
first and only nomination

Boy, these epics really do all sound the same!

The High and the Mighty is the earworm, sure, and actually won the Academy Award. But I'm petty enough not to give credit for the one thing that movie did right, especially since a film's score should complement what's happening on screen, not fool you into believing the movie is better than it actually is.  As far as narrative impact and appropriate pairing of music and image go, the winner is clear: 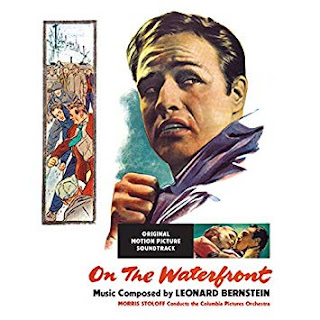 LEONARD BERNSTEIN
for
ON THE WATERFRONT

Now, on to the nominees for Best Musical Score:

A Star is Born
Ray Heindorf
adapting the music of Harold Arlen
****
past two-time winner, 14th of 17 scoring nominations 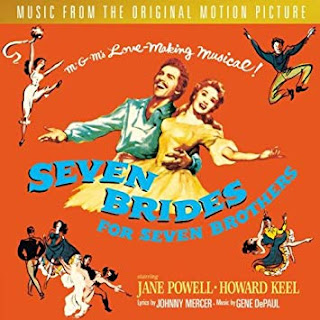 Tomorrow, the nominees for Best Supporting Actor: from The Barefoot Contessa, Edmond O'Brien; from The Caine Mutiny, Tom Tully; and from On the Waterfront, Lee J. Cobb, Karl Malden, and Rod Steiger.

Email ThisBlogThis!Share to TwitterShare to FacebookShare to Pinterest
Labels: 1954, A Star is Born, Carmen Jones, Genevieve, On the Waterfront, Oscars, Seven Brides for Seven Brothers, The Caine Mutiny, The Glenn Miller Story, The High and the Mighty, The Silver Chalice