The first is a companion to Best Dramatic or Comedy Score called Best Musical Score, sometimes known as Best Adapted Score, also referred to as Best Adapted and/or Original Song Score. It's gone through a lot of name changes just to honor the work of orchestrators and arrangers. Currently, the category is known as Best Original Musical Score, and can be activated at any time should a studio and/or the music branch deem it necessary. I don't know why they don't: even if it were just a field of three, last year could have had a lineup of La La Land, Moana, and Popstar: Never Stop Never Stopping.

I digress, and I make the point a lot anyway. Toss this broken record aside and get to the nominees already...after the jump....

Just to review how I do things here: I've ranked them in the reverse order of preference, which means bottom's up.....

I have no rating here because I did not see this movie.

Newman's score for Mother Wore Tights won the Oscar, but I give the edge to the trio that also gave great underscore, and vote for: 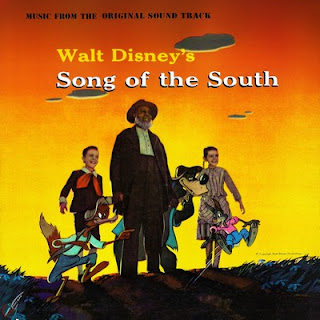 Daniele Amfitheatrof/Paul J. Smith/Charles Wolcott
for
SONG OF THE SOUTH

The second category is Best Original Song, and there's surprisingly little overlap - just two out of five films made it to both shortlists! Still, they're all worth watching or listening to - and you can! In the reverse order of my personal preference:


5. "A Gal in Calico" from The Time, the Place and the Girl
music by Arthur Schwartz
lyrics by Leo Robin
***

4. "I Wish I Didn't Love You So" from The Perils of Pauline
music and lyrics by Frank Loesser
***

Can a song be culturally insensitive and catchy as hell? Is it OK to think so? I don't know, but this is a toe-tapper...

2. "Zip-A-Dee-Doo-Dah" from Song of the South
music by Allie Wrubel
lyrics by Ray Gilbert
****

1. "You Do" from Mother Wore Tights
music by Josef Myrow
lyrics by Mack Gordon
*****

The Oscars awarded Song of the South's "Zip-A-Dee-Doo-Dah", a classic that has stood the test of time! But my personal vote, as you see, goes to...

So, a complete switcharoo in both categories! Ah, well, there's no accounting for taste!

Tomorrow, give thanks - for it's the day we talk about Best Actress: Joan Crawford in Possessed, Susan Hayward in Smash-Up: The Story of a Woman, Dorothy McGuire in Gentleman's Agreement, Rosalind Russell in Mourning Becomes Electra, and Loretta Young in The Farmer's Daughter.

Email ThisBlogThis!Share to TwitterShare to FacebookShare to Pinterest
Labels: 1947, Fiesta, Good News, Mother Wore Tights, Oscars, Road to Rio, Song of the South, The Perils of Pauline, The Time the Place and the Girl