Today was going to be focused on Best Original Song and Best Musical Score, but I had some trouble with two of the nominated films in those categories. Thus, I will focus on those next week. But I still wanted a musical interlude, so, why not present the nominees for Best Dramatic or Comedy Score, a category won by Miklos Rozsa for A Double Life?

Rozsa previously won for Spellbound and would win again for Ben-Hur. He was nominated another 14 times between 1940 and 1961. Indeed, the whole crop of 1947 was made up of heavyweights. This was David Raskin's first nod, but he would be back for Separate Tables. Hugo Friedhofer had just won the year before for The Best Years of Our Lives, and would be nominated another six times after this. Max Steiner, also up in Best Musical Score for My Wild Irish Rose, won his third and final Oscar three years previously with Since You Went Away, though he would continue getting nominations until 1955. And Alfred Newman - deep breath - won a whopping nine times, including this year (just not this category), with nods stretching from 1937 through 1970.

Anyway, after the jump, selections from the nominated films, in ascending order of my rankings (that means bottom's up).

Yes, while Oscar chose Rozsa, my personal vote would go to... 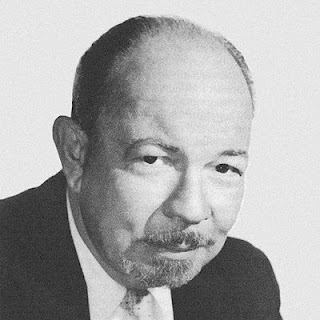 HUGO FRIEDHOFER
for
THE BISHOP'S WIFE