Even with the addition of two categories for supporting actors, there were still some complaints from the acting branch after the 9th Academy Awards. W.C. Fields complained about the Academy's tendency to favor drama over comedy in the acting categories - yes, an issue even just nine years into their run, and one that is frequently brought up today. Just as much, in fact, as the tendency to award biopic performances. The Film Experience's Nathaniel Rogers just tweeted last week:

It wasn't always this way but it's getting harder and harder to remember a time when biographical performances didn't thoroughly dominate.

I replied that I blame Paul Muni. In 1936, he finally triumphed after three nominations (and one write-in), being named Best Actor for The Story of Louis Pasteur. 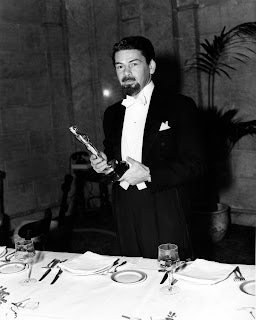 And sure, he wasn't the first performer to win for playing a real person (that was George Arliss in Disraeli), but his Pasteur certainly set the template for burying a hot actor under makeup, letting them go nuts on an accent, and emphasizing the importance of the subject. The fact that his win this year was immediately followed by a nomination for The Life of Emile Zola, the 1937 Best Picture winner, further cements the Muni Method as the best way to impress the Academy into at least a nomination.
All that said, though...was it an undeserved win? Let's look at the lineup: 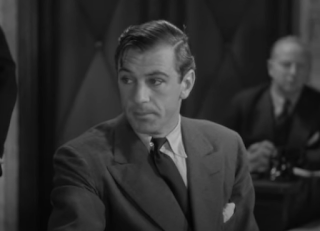 Gary Cooper as Longfellow Deeds
Mr. Deeds Goes to Town
**
first of five nominations; NYFCC Awards second runner-up for Best Actor
The role: A small town poet suddenly thrust into the limelight when he becomes the unlikely heir to an incredible fortune.
The performance: The movie does not work half as well as it does without Cooper's approach to Longfellow Deeds. The interesting thing is he makes him so...unremarkable. A man with hobbies and passions, sure, but a pretty level, easy-does-it guy; not in the deadpan manner of comic actors, either, but just, I don't know, normal. He's not afraid to be boring. 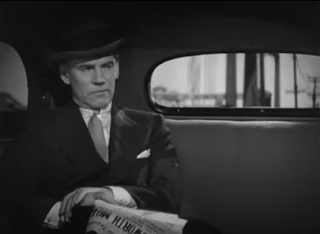 Walter Huston as Sam Dodsworth
Dodsworth
*****
first of four nominations; NYFCC Awards winner for Best Actor
The role: An auto magnate finally retires and rlearnss his wife wants a different life; he tries to build a new one with and without her.
The performance: Moving portrayal of a man who has it all, finally has time to enjoy it...and life has other plans. But Huston allows us to see the ways Dodsworth's put himself in this, lets us see the mix of determination and self-doibt when he makes a decision based the familiar, lets us see the bulldozing boss and paterfamilias who expects things to remain a certain way, shows us the excitement and passion that completely takes over when something realy excites him. Great at business, certain of his principles, not great with people; frustrating, relatable, lovable. That's Walter Huston's Dodsworth. 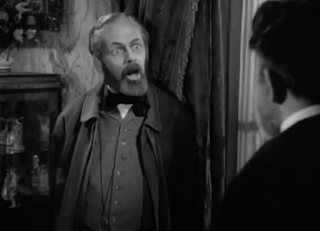 Paul Muni as Dr. Louis Pasteur
The Story of Louis Pasteur
*****
third of five official nominations
The role: The microbiologist whose theories changed hygiene and whose vaccines for anthrax and rabies changed the world.
The performance: Muni does more than just look serious and get to be right all the time, he shows - even physically - the intensity, the level of focus in a man whose life is his work. He shows the caution of a real scientist, a man who is confident in his theories...but to risk lives on them? When his daughter is in labor, we see him looser, but still dedicated enough (thank God!) to comically correct the attending physician. Muni especially plays that part wonderfully, the know-it-all and the father coming together. Excellent work. 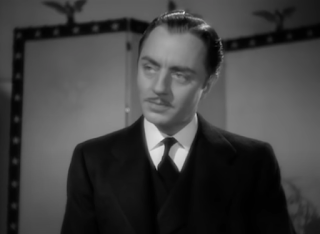 William Powell as Godfrey
My Man Godfrey
***
second of three nominations
The role: A homeless man plucked from the ashcans to serve as butler for a Park Avenue family - yet it seems his past may not be what they assume it is.
The performance: Interesting that he's here for My Man Godfrey instead of his leading role in Best Picture winner The Great Ziegfeld. Powell is great for banter, though here he actually underplays things a bit to convey both the servant and Godfrey's long depression. There is something a little paternal about his interactions with the women, and not in the warm way, just in the distant kind of way. I can believe the character can be loved by many, I can believe the character has been heartbroken, but not the way Powell plays him. 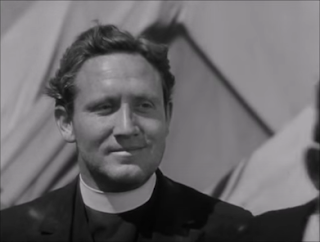 Spencer Tracy as Father Tim Mullin
San Francisco
****
first of nine nominations
The role: A street tough-turned-priest who hopes to turn his saloonkeeper best friend to a better way of life.
The performance: Tracy is among the most natural on-camera talents, real "don't act - be!" ease on screen. He's effortlessly warm with the people his character cares about, genuinely listens to his on-screen partners - a tough thing to play, believe me! In his rebukes, he's definite but still quiet, like a parent who's disappointed but not surprised. Is there a hint of romantic interest in his friendship with Jeanette MacDonald's singer? Maybe, I do think he cares about her well-being in a special way - but Tracy also makes believable that this man can care for a beautiful woman because she's a person, not an object of affection. But - should have been supporting.
-----------------------------
Muni was deserving. He is still my second choice of this lineup, my first being: 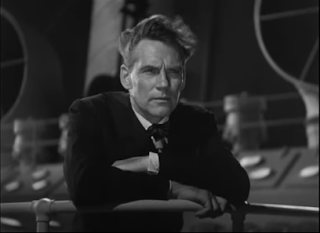 WALTER HUSTON
in
DODSWORTH
Tomorrow, the nominees for Best Actress: Irene Dunne (Theodora Goes Wild), Gladys George (Valiant is the Word for Carrie), Carole Lombard (My Man Godfrey), Luis Rainer (The Great Ziegfeld), and Norma Shearer (Romeo and Juliet).
You May Also Enjoy:
ZergNet
Like us on Facebook
Posted by Walter L. Hollmann at 8:21 AM