A day late, so let's get right to it - 1947's nominees for Best Actor, among whom Ronald Colman rose up to take home the gold: 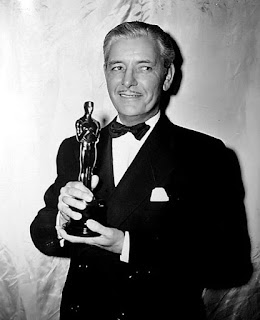 The nominees, their films, and my thoughts...after the jump:

The star: Made his film debut in 1917's The Toilers. This is his fourth and final nomination (his first two from that unusual time when an actor could be nominated for more than one movie, but each one was considered separate). Also his only win, which the whole campaign was built around.

The film: A renowned thespian starts losing his mind during a production of Othello.

The performance: Brilliant - surprisingly tender in his scenes with Signe Hasso, disarmingly sexy in his seduction of Shelley Winters, heartbreakingly confused about what's happening to his sanity. And he has to play Anthony John playing Othello, delivering the best on-screen interpretation of the character I've ever seen.

The star: Made his film debut in 1938's Four Daughters, for which he received his first nomination. Also appeared this year in Best Picture winner Gentleman's Agreement.

The film: The rise of a young boxer from amateur to champ, as he trades his soul for more money.

The performance: A very open portrayal of a nice, kind of dumb guy making up for what he didn't have growing up. Garfield's raw performance doesn't sand edges, doesn't pull punches (ha!), doesn't make apologies, just presents this hot dummy as he is: a good boy, a nice boy, but full of pride, and oddly, boyishly naive. Garfield carries himself with a hunger, a restless energy. He belongs in that ring. 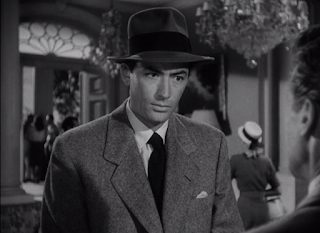 The star: Made his film debut in 1944's Days of Glory. This is his third of five nominations; the fifth would give him the win.

The film: A Gentile journalist passes as a Jew to write a series of articles on anti-Semitism.

The performance: A surprisingly shallow performance. Peck gets across Green's earnestness, sure, and he can deliver the hell out of a speech (of which there are many), but scene to scene, line to line, there's no real connective tissue. He talks about the pressures of his charade, but I don't see it. He says a lot, but I don't feel his words. When I was writing this post, I had to look up who the fifth nominee was, because I never remember him. 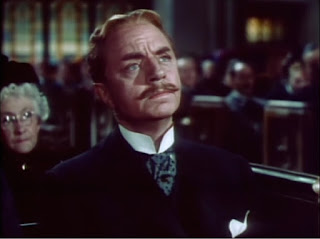 The star: Made his debut in 1922's Sherlock Holmes. This is his third and final nomination. He also appeared this year in Song of the Thin Man, the final entry in the long-running Thin Man series; the original gave him his first nomination.

The film: An eccentrically strict patriarch and his wife raise their large brood in late-19th century New York.

The performance: Not a lot of shades to this performance, but Powell and the writers make it clear that this man may not have any: he is exactly who he presents himself to be. And it works! He's funny, yes, but also shows his sensitive side in scenes with his wife (best in show Irene Dunne). 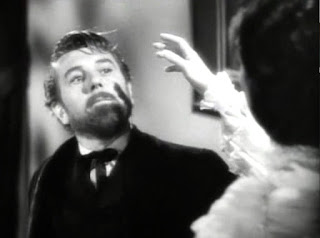 The star: Made his film debut in 1938's The Lady Vanishes. A distinguished and respected thespian of stage and screen, this is his first nomination...and his last.

The film: Greek tragedy adapted for post-Civil War America, as a brother and sister struggle with their obsession and hatred for their parents.

The performance: The best one in the movie, if only because he gets the inherent camp appeal, tossing his head back, eyes gleaming, playing to the balcony. A breath of fresh air in an otherwise suffocating movie.

And from this lineup, I think I have to go with Oscar's pick. My personal vote goes to... 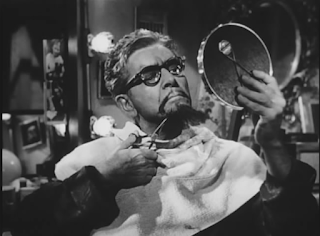 RONALD COLMAN
for
A DOUBLE LIFE