Before we get to today's Oscar category, a few updates.

And now. On with the nominees for Best Original Song.

Plays during the opening and closing credits, over images of New York City! I'm pretty sure the movie, which depicts the lives and loves of three career girls at a publishing house, doesn't entirely support the song's assertion that romance is the best of everything - at least not for all its characters - but it's a nice, woozy little tune. (By the way, this movie really is a bit of terrific!)

Performed as a reassuring song from father (bandleader Red Nichols, played by Danny Kaye) to unhappy daughter, lifting her spirits; later performed for the same effect from wife to husband. It's such a sweet and lovely thing, simple enough for a child to understand while also praising the virtues adults tend to take for granted. It's effective!

Plays during the opening credits, over Gary Cooper's character arriving to a gold mining town. Deceptively upbeat musically, an emotional journey lyrically. The full version - which I do not believe actually plays during the movie - summarizes the entire plot from Cooper's point of view. It's quite the earworm!

Performed midway through the film as a "cheer up" song between father and song. It's kind of random - this movie is not a musical - but hey, it's Sinatra. And much like Five Pennies, its simplicity makes for a universal message and appreciation.

Plays during the opening and closing credits. This particular arrangement doesn't do the song justice (would love to hear it as a slow ballad from the Lennon Sisters), nor is its existence justified by anything that happens in the movie. The romantic subplot barely registers; this is, really, a civil rights legal drama by way of western!

"High Hopes", that future classic, took the Oscar. I don't feel too passionately about this roster of nominees, but I've gotta vote for something. So... 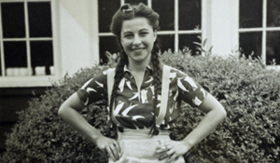 
Tomorrow, the nominees for Best Actor: Laurence Harvey (Room at the Top), Charlton Heston (Ben-Hur), Jack Lemmon (Some Like It Hot), Paul Muni (The Last Angry Man), and James Stewart (Anatomy of a Murder).

Email ThisBlogThis!Share to TwitterShare to FacebookShare to Pinterest
Labels: 1959, A Hole in the Head, Oscars, The Best of Everything, The Five Pennies, The Hanging Tree, The Young Land