Often the basis of a great film script...is someone else's story. In fact, this year sees two remakes among the nominees! Another two nominees are based on fictionalizations of true stories. And Room at the Top is a straight up book. Let's get into them, after the jump.

Anatomy of a Murder
Wendell Mayes
based on the novel by John D. Voelker (as Robert Traver)
*****

A lot of courtroom dramas suffer from having too many clever characters speaking similarly at each other. Not so here. Every person has their own unique vocabulary, comfort level, speech pattern; some stonewall, some listen, some cleverly turn the conversation around. The mystery at the heart of the film is shocking but tastefully handled, even as it frequently turns darkly humor. You believe each twist and turn, you're convinced by the purported reality of the situation. Very quotable, too. 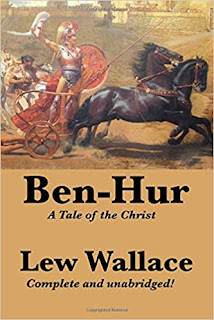 Ben-Hur
Karl Tunberg
based on the novel by Lew Wallace
****

Notes: NYFCC Runner-Up for Screenplay, WGA Award Nominee for Drama
Briefly Put: A Jewish man goes from noble to slave and back again after a disagreement with his Roman friend.

One of its great strengths is the time it takes: the natural flow of conversation gives each individual scene a three-act arc, building the tension between characters. It delves. Love, too, that Judah Ben-Hur's riches to rags to riches story is charted both in his position in society and in his soul - and guess which one has the longer journey. Not a revenge story, but rather a story of the emptiness of anger and wrath. 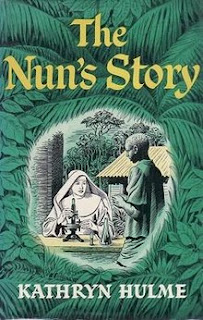 The Nun's Story
Robert Anderson
based on the book by Kathryn C. Hulme
*****
Notes: WGA Award Nominee for Drama

Briefly Put: A nun must decide whether to serve God or His creation.

Finds the conversations in the silence. Tackles difficult themes, even vocalizing what they are, without becoming expository or heavy-handed. Love the way it shows each nun's individual personality, even though every single one of them tries to emphasize the importance of stripping one's individuality away. They're only human. We all are. 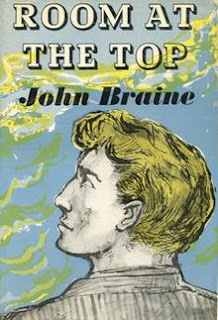 Briefly Put: A coarse young man aims to climb to the top, no matter who gets hurt in the process.

For the most part, I find the young men at the center of these "angry young men" films to be pretty insufferable whiners. I don't know that the script itself does anything to change that, but I do appreciate its depiction of the older protectors of the class system and the insidious - oh, let's just say it - microaggressions they toss to remind people of the pecking order without being impolite. Less keen on scenes that take us away from Joe's vantage point - it doesn't quite serve the narrative, just underlines points we already understand. 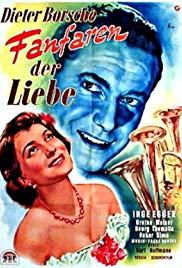 Some Like It Hot
Billy Wilder and I.A.L. Diamond
suggested by a story by Robert Thoeren and Michael Logan
***

Briefly Put: Broke and on the run from the mob, two musicians disguise themselves as women and join an all-girl band.

See, this is where I have some issues with this movie. Hilarious dialogue, inventive screwball antics - big plus! That's what you're here to see, and that's where the movie delivers. Narrative flow and character consistency, meanwhile, do not fare as well. Individual scenes are fantastic but as a whole, it's awkwardly put together.

Other screenplays that were up for awards and were adapted from other things:

It was the only Oscar lost by Ben-Hur, and some blame it on the public dispute among the writers for credit. Thus - a win for Room at the Top. 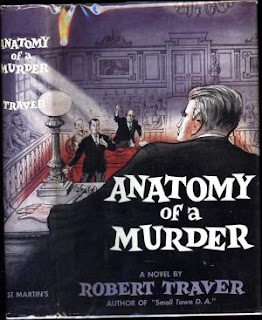 ANATOMY OF A MURDER
adapted by
WENDELL MAYES


We're taking a musical break tomorrow, honoring the nominees for Best Original Song: The Best of Everything, The Five Pennies, The Hanging Tree, A Hole in the Head, and The Young Land.