A music break, and a large one at that. If you've been here before, you may recall that the category for Music Score used to be split into two categories: Original and Adapted. The names sometimes changed - this year, they were called Scoring of a Dramatic/Comedy Picture and Scoring of a Musical Picture - but the kinds of films nominated in each category remained the same. The one exception would probably be On the Beach, whose "original score" gets quite a boost from its use of "Waltzing Matilda."

Let's have a listening party, shall we? Starting, after the jump, with.....


Best Music, Scoring of a Dramatic or Comedy Film

On the Beach
Ernest Gold
***

The winners that night were Porgy and Bess and, of course, Ben-Hur, which won just about every category it was up for that night. 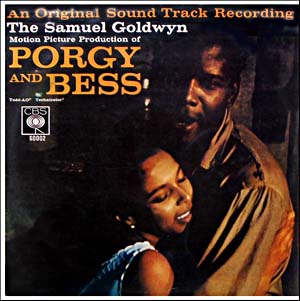 ANDRÉ PREVIN
for
PORGY AND BESS

But for Best Dramatic/Comedy Score, I vote for... 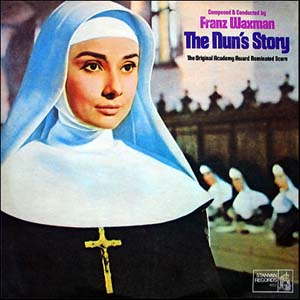 FRANZ WAXMAN
for
THE NUN'S STORY


Tomorrow, the nominees for Best Supporting Actor: Hugh Griffith in Ben-Hur, Arthur O'Connell in Anatomy of a Murder, George C. Scott in Anatomy of Murder, Robert Vaughn in The Young Philadelphians, and Keenan Wynn in The Diary of Anne Frank.

Email ThisBlogThis!Share to TwitterShare to FacebookShare to Pinterest
Labels: 1959, Ben-Hur, Li'l Abner, On the Beach, Oscars, Pillow Talk, Porgy and Bess, Say One for Me, Sleeping Beauty, The Diary of Anne Frank, The Five Pennies, The Nun's Story