Douglas Sirk recently came into my life thanks to one of my film classes. We spent one week watching All That Heaven Allows, starring Rock Hudson and Jane Wyman, and Far from Heaven, an homage starring Julianne Moore and Dennis Quaid. While I adored Far from Heaven, I just couldn't see the appeal of All That Heaven Allows. I certainly didn't think Sirk was anything more than a director of soap operas, one who later clung to the revisionist appreciation fellow Germans like Fassbinder fastened onto him. I love a woman's weepie as much as the next person (assuming the next person effing LOVES women's weepies), but I don't believe in giving someone auteur status without earning it.

As luck would have it, when I volunteered to take part in StinklyLulu's Supporting Actress Smackdown for 1959, not one, but TWO of the actresses nominated came from Douglas Sirk's last Hollywood film: Imitation of Life, a remake of a 1934 flick with Claudette Colbert, which itself was nominated for three Oscars, including Best Picture. This version is a Technicolor dazzler, with Lana Turner as a widow struggling to make ends meet, Juanita Moore as the woman who comes to be her maid and best friend, and Sandra Dee and Susan Kohner as their respective daughters. 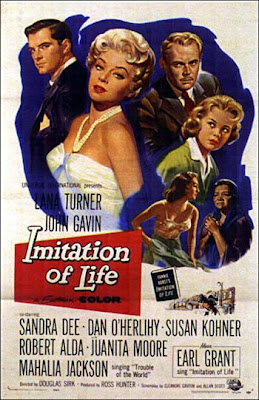 Imitation of Life is an interesting film, bursting at the seams with PLOT! and DRAMA! Lana wants to be an actress, but her agent MAKES A PASS AT HER. She falls in love with John Gavin, BUT SHE WANTS TO BE STAR! Juanita Moore loves her daughter Susan Kohner, BUT HER DAUGHTER PASSES FOR WHITE! Sandra Dee FALLS IN LOVE WITH HER MOTHER'S LOVER! One of the women has a HOLLYWOOD ILLNESS, and one of the daughters BECOMES A SHOWGIRL!

It was pretty neat, actually. Melodramatic, but it still tugged at my heartstrings. I hate the men in Sirk's films, though -- they're always so controlling. Eh, anyway, Lana Turner is beautiful and wonderful in her role, and Juanita Moore...well, let's get to it.

Juanita Moore is incredible. Her Annie appears first as all smiles, eager to please, the perfect Negro housemaid -- she doesn't even require payment! But subtle touches here and there put her above the stereotype this role could have been. There are two specific scenes in particular that absolutely won me over. 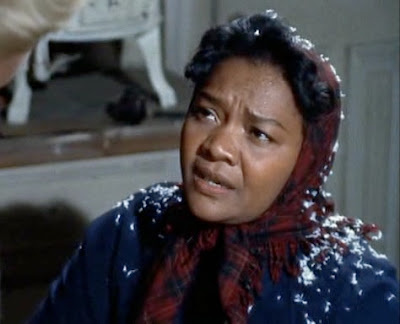 First, there is a scene in 1947 where she discovers that her daughter has been passing as white, denying both her mother and her heritage. The entire sequence is heartbreaking. Moore's Annie Johnson puts her best face forward: she tries to remain strong, saying that her blackness is "nothing to be ashamed of". But that hurt on her face just KILLS ME. The way she says, "It's a sin to be ashamed," trying to remain proud while knowing that that very pride alienates her from her daughter. Even approaching it from a religious point of view is of little help, as the doubt on her face shows. And that telling line: "How do you tell a child that she was born to be hurt?" That delivery is brilliant. 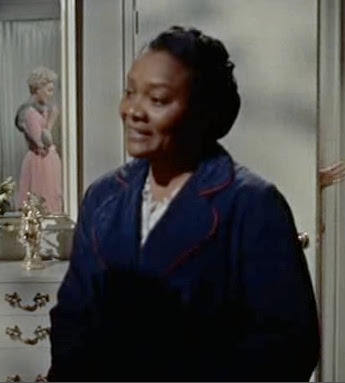 The second scene comes up an hour later. Annie is telling Lora of her dream funeral, one with all of her friends. After twelve years with this woman under her roof, Lora says, "It never occurred to me that you have friends." The look on Annie's face when she says, "Why, Miss Lora, you never ask," says it all. So subtle, in that she still has her good-natured face on, but there is the trace of a wince, a shade of doubt. She's hurt, but she knows she can't show it. As John Gavin's character says, Annie's the rock. 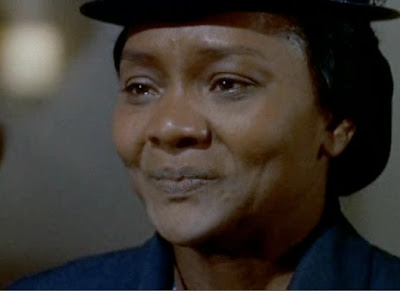 In these two scenes alone, Juanita Moore provides so much depth and history for Annie. She is absolutely brilliant in the role. Not to be outdone, of course, is Susan Kohner as her daughter, Sarah Jane.

It seems, at first, that Kohner is going to do the Angry Daughter routine. Cross, belligerent, hateful. Fortunately, that's not what the screenplay gives her, and that's not what she plays. SJ is a gal ashamed of who she is, but at least she's living in a sort of reality -- everyone else tells her race isn't a problem, but society clearly feels another way. She notices that Annie is little more than the live-in maid, that despite Lora and Suzy's protestations of familial love, they still call the whites "Miss Lora", "Miss Suzy", and "Mr. Steve." And surely, if she can pass for white, why shouldn't she? It certainly makes life easier. 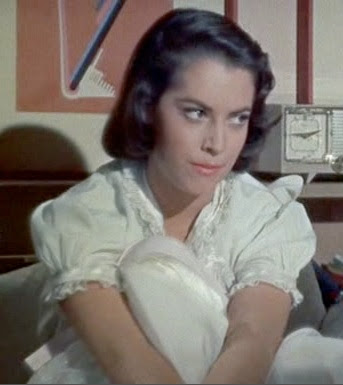 There's one scene in particular that wins me over for Kohner's performance. She tells Suzy (played by an exasperating Sandra Dee) that she has a secret boyfriend, to which Suzy replies, "Is he colored?" SJ's response isn't just disgust at the thought, but offense at the presumption. For surely, if it doesn't matter, why shouldn't she be able to date a white boy? Why does Lora assume automatically that she's with the chauffeur's boy? Kohner plays this with the right balance of anger and self-protection, so that we can disagree with what she's doing while still understanding the motives. 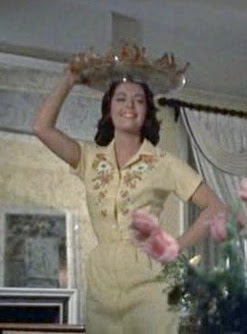 In fact, Kohner's performance almost mirrors that of Lana Turner's. Both are hard-luck women who want to get ahead in life. For Turner's Lora, that means a life on stage; Kohner's Sarah Jane pursues a similar career as a showgirl. She even "acts" the role of a plantation slave, which I suppose we're meant to condemn, but honestly, I can feel for her. The white people are so subconsciously...well, not prejudiced, but "traditional". They take Annie's presence for granted, and while what Sarah Jane does is uncouth, I certainly do not find it to be without some justification. And I really think a lot of that comes from Kohner's winning performance. 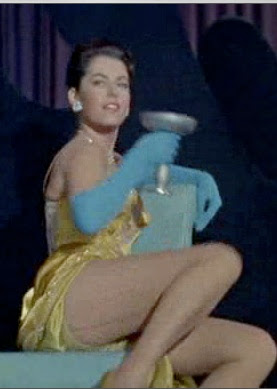 Two solid performances in one great film. After a glorified cameo and an underused Thelma Ritter, this was a breath of fresh air.

I'm diggin your current header image and use of the word "gams". Overheard recently: "You got more leg than a bucket of chicken."