All Their Own: Original Screenplay, 1974

Of course, as soon as I have a new thing planned, work calls. The Summer Movie Season is upon us! Here's what I wanted to post Thursday: 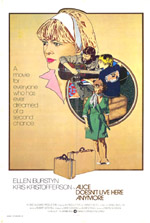 I'll be honest, I don't know how much of what I love is the screenplay. For instance, I love that Alice is actually kind of unlikable in a lot of scenes, yet so human that we can't help but identify with and root for her. But is that the writing, an acting choice or Scorsese's direction? Though I suppose the latter two would have to have been working off of something. Then again, Getchell does deliver that inexplicable Hollywood ending with the Big Romantic Speech...but then again, still, he also gave us the wonderful Flo. It's so hard to tell what was the writer and what was the director with these auteurs. 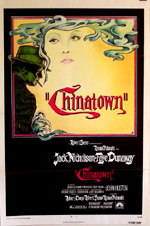 I really do think this is one of those masterpiece screenplays. Every moment of every scene provides a clue to the mystery, whether you realize it or not. There are surprisingly hilarious moments, making that finale all the more shocking, and effective. And then of course there's the gradual progression of our understanding of what Chinatown is.

What's bizarre, though, is that while the ending really is one of the greatest strengths of the film, credit for that must go to director Polanski, who convinced a reluctant Towne to change it from the less downbeat climax of the script. It's strange, for it goes so well with what Towne's established, with the characters and tone and setup and everything. Surely, though, it is a great writer who can see what's best for the story, even if it's different from his original plan. Towne himself eventually admitted it was better for the film. How should I rate this, then? On the final result, or the writer's intentions? 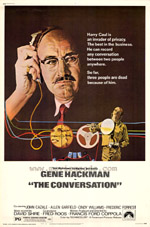 The Conversation by Francis Ford Coppola
****

A character study-mystery-thriller with nary a moment wasted. Every line of dialogue either presents a new aspect of Gene Hackman's character or a new element of paranoia. Think about this: we're watching a film about a private individual who says very little, whom few people know intimately, yet we're there with him every step of the way...and there's no voice-over. Like Chinatown, every development is earned by what's preceded it, never a dishonest step. 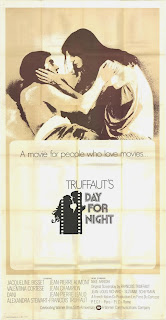 An ensemble film about filmmaking? Bitches, you know I'm gonna love this. The script allows every member of the ensemble to have at least one great moment in the spotlight: the script girl, the producer, the wife of one of the executives, the lead actress's husband, everyone! If there is an element that gives me pause, it's the way certain things are brought up and then dropped, like the real source of star Severine's muddling of her lines. And yet...is this not a perfect portrait of a film set? Brief catches of gossip, of lovemaking, of rivalries, springing up and disappearing in the limited amount of time they have. Severine herself puts it best: "What a funny life we lead. We meet, we work together, we love each other, and then -- THPPT! As soon as we grasp something, it's gone! See?"

Of course, some people do believe that dialogue = screenplay, and Day for Night certainly has some classic lines. Besides Severine's little speech, my two favorite pieces of dialogue would have to be: "People used to stare at fires. Now they watch TV. We need to see moving images, especially after dinner," and "I'd drop a guy for a film. I'd never drop a film for a guy!" When you can tell everything about a character just from the words they say, the writer's done their job. 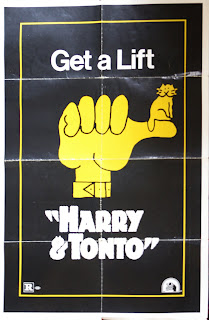 Harry & Tonto, for me, misses so many opportunities to be more than an adorable old man taking a road trip. Maybe I missed something, but is there an arc of any kind? Harry doesn't want to leave his apartment, he's thrown out, he road trips he meets people. Do these people change his life in any significant way? Or anything at all? No, he just kind of meets them and then continues on his way. What's the point of the prostitute? The hitchhikers? The old flame? The son who pretends to have it all but doesn't? The nephew who refuses to speak? Ellen Burstyn? There are interesting set-ups to each of these segments, and it feels like they're about to go somewhere, but they don't.

Perhaps the most irritating aspect, for me, is a major spoiler, so feel free to skip this paragraph.

But isn't Tonto the most important thing for him now? He won't get on a plane because of Tonto, he won't stay on a Greyhound because of Tonto, he panics while in jail because of Tonto. Yet Tonto's death is off-screen, and delivered to us by way of voice-over...and I feel no emotional connection. Mayve I shouldn't blame this on the screenplay. Maybe this is more on the directing and editing side of things, and there was a beautiful and poignant moment set up within the script. All I know is, one of the title characters died and it hardly mattered. It's as though the cat existed merely to get him off the bus and away from planes. No thank you.

Really, who am I to argue with Oscar on this one? I, too, believe the Oscar should go to... 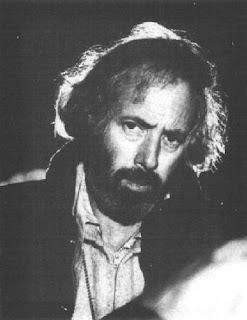 You ask some good probing questions about these scripts. That was part of the beauty of the films of this era....there was some ambiguity that was often resolved in repeat viewings...and writing and directing were worth grappling with....they didn't do all the work for a viewer..

"Alice" was recognized in part for the theme of the film: women's oppression and independence. It's also a road film, which is always about self-discovery, and which figured heavily in the Best Actor and Actress races. There was a lot of improvisation, so dialogue was not the screenplay's saving grace. But the originality of the premise, its topicality, and Flo's big scene (while she and Alice were sunbathing, and which was heavily scripted), I think won over the writer's branch.

"The Conversation" was the closest thing Hollywood came to exploring the Watergate era, prior to "President's Men". Intricate, langorous, and sometimes shocking, this is the kind of edgy work that today would get relegated to the Indie shelf and never see major distribution. I imagine the screenplay on the page would be rather dull...it needed a good director and actors to visualize it.

As a fledgling filmmaker in '74, I found "Day for Night" fascinating and FUN. It would definitely seem dry by today's standards, but at the time, THIS was what college kids WANTED to see....

"Harry and Tonto"...we disagree terribly on this one. Tonto is a catalyst, a "soul" if you will...to show his death on camera would be to shift the film away from what is important...which is the final journey of Harry, a man who must resolve his life, must let go of the world, and make new discoveries. And yes, he does change...More important, others are changed by him. In a metaphysical way, Tonto hasn't really died, Harry has....the orange cat who leads Harry to the ocean at the end (a Fellini-esque symbol of death) will always be with him...It's sort of a serio-comic version of Bergman's "Wild Strawberries". I could go on and address all your points...some day, over a beer maybe....

"Chinatown"---I must agree here. a classic screenplay, clever and complex, funny and romantic and exciting. To me, what makes the mystery work is Faye Dunaway's subtle interpretation of Evelyn....she drops clues all the time with a glance, or a hesitation.....

I realized today that part of my problem with Alice... is my problem with a lot of other "women's films" from this year. While they are pretty progressive for their time, I guess, it still drives me crazy that so many of them need that man in their lives. I'll cover this more when I do Best Actress, but I think that ending is what keeps me from fully embracing Alice.

Thanks for commenting in such detail, Tom!