And so it comes to an end. Almost.

Yes, even though I looked at best Picture a few days ago, that is not the end of my 1974 flashback. There's still the Retro Hollmann Awards, of course, but more importantly: it's time to look at Best Actress.

The whole reason this project started was because of a tweet from Nick Davis of Nick's Flick Picks, asking readers to follow along with his class and watch Claudine and A Woman Under the Influence. He then suggested going through the other Actress nominees for a full taste of the greatness on display. Of course, once I realized just how many 1974 films I'd coincidently seen recently (The Godfather: Part II, Phase IV), and how much of an overlap there was between Oscar categories that year, I knew that a full-scale project was in order. The year itself will be given a send-off on the 31st, but tonight is another Oscar night. 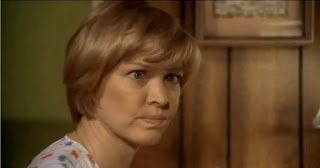 Ellen Burstyn in Alice Doesn't Live Here Anymore
****
You know what I really admire about this performance? Burstyn is capable of making Alice unlikable without making her unlovable. She spoils her bratty son, ignores readily apparent problems, self-martyrs to an extreme, and is generally confused, frustrating and ungrateful. I'm pretty sure I know her. You know her. We all know Alice. She's a funny woman with a big heart, but she doesn't always make the best decisions.

Sometimes Alice is a real chore to be around. She cries so much and she's so stupid about men. Burstyn is unafraid to tackle this head-on, yet she conveys such warmth that you root for her. She knows how to make Alice magnetic and personable, even if she's not perfect. Indeed, it's thanks to Burstyn that Alice is the most relatable character in this race. For everyone who has ever kicked themselves when they're down, for everyone who has ever worked to keep themselves afloat, for everyone who sacrifices for those they love: Alice. She's not perfect, but damn do I love her. 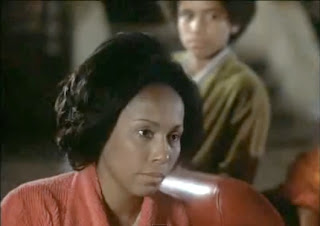 Diahann Carroll in Claudine
**
Carroll plays a strong, struggling mother of six pursuing a romance with slick garbageman James Earl Jones. I actually find it hard to discuss this role because, while I feel it's very solid, I don't find it extraordinary. Like, she's very good at portraying an often tired woman working to get by, but I feel that I would have loved her performance more if the film had focused on her and the family rather than the romance with Jones. Her interactions with her increasingly radical son (Laurence Hilton-acques) and sexually awakened daughter (Tamu Blackwell) are what kept me watching. Her frenzied "cleaning" whenever the welfare lady shows up is funny in its frankness, tackling the problem with the welfare state without directly saying it. Good Lord, must this woman work a job and lie to the government just so she can barely keep her family afloat? Is this really my America? And then we're back to James Earl Jones and it's ehhhhh.

I like the movie, and I like Carroll's performance, but something's missing. There are times where she doesn't look completely in the moment, and I actually don't believe the attraction between her and Jones. I don't. It's a key part of the film, and I'm not feeling it. And if I'm not buying part of the performance, then I'm not buying the whole character, and that's...that's disappointing.

Faye Dunaway in Chinatown
*****
This is a performance that requires two viewings before one can place judgment, and it's also one that's hard to get into without any spoilers. The movie may be almost 40 years old, but I somehow managed to see it the first time without any knowledge of the plot or plot twists, so why ruin it for everyone else?

Let it be understood, then, that Dunaway's performance is another great example of the weird balancing act the film does. She is at once old-school stylized and contemporary real. She has the look and the clipped speech down, but there's also a lot of subtlety and control in her line readings and expressions. The second viewing really brings this home, seeing just how that horrifying "twist" is hinted at with glances, gestures and pauses. Her final, desperate scene put a lump in my throat -- the one you get from anxiety, not necessarily from sadness. Her chemistry with Nicholson is surprisingly sweet, and it's actually more likely to touch you than get you hot and bothered...though it does that, too. Suffice to say, without giving anything away, Dunaway delivers.

Valerie Perrine in Lenny
****
I am unapologetic in my love for this film, a film that (OF COURSE) extends to the performances. Perrine was more than a pleasant surprise: she was a revelation. Now, you'd be perfectly fair in saying, "But Walter, the first time you saw Valerie Perrine was in Can't Stop the Music. Surely anything she did afterwards was bound to impress you." And that may be true, though I absolutely love Can't Stop the Music ('Til my dying breath, I love it to death). Still, one look at this and it cannot be denied: she knocks it out of the park. She's so sweet and charming and carnal...it's everything we want in a woman! Perrine makes us feel for Honey Bruce's troubled marriage as often as she irritates us with her choices. Like, my God, her husband gets her into a threesome and then berates her for going along with it? That brave woman stuck by him! But, my God, she's not brave -- she's weak! Look at her addiction, abandoning her child for drugs, jailed, broken, weeping. Any role that runs the gamut of emotions like this always risks melodrama, overplaying beats, or not selling the different halves equally well -- and with those intimidating press-on nails, you better believe it's hard to keep Honey subtle. Perrine manages it, and the interview sessions framing the story reveal this best. It's a real stunner.

But is it a lead performance? Perrine seems to be co-lead for the first act of the film, but since this is Lenny's story, there's little Perrine to be seen once Honey goes to jail. There's very little of her in the second half, and it's not like Lenny's choices and routines revolve around Honey. It's difficult to judge the placement of Perrine, since her character gets the most screentime out of any of the "narrators", but it's not really her story.

In the end, while I think it's a pretty perfect performance, I don't know if this is the right category for her. Still: goddamn is it impressive. 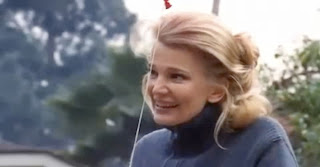 Gena Rowlands in A Woman Under the Influence
***
I expressed some reticence concerning this film earlier, and I have to admit that it extends to this performance. On the one hand, I think it's a deeply disturbing, effectively uncomfortable one. Rowlands looks so much like the many women outside the Greyhound station, so certainly her portrayal of a woman not in complete possession of her wits is realistic. On the other hand, what makes people like this so uncomfortable is the spontaneity of their nature, and I just don't think Rowlands presents us with a spontaneous creature. A lot of her performance, for me, reads as technique, too calculated to be fully effective.

Of course, there's also the idea that while the character is clearly nuts, she's been nuts for so long that this erratic behavior has lost its spontaneity, and is practically routine. Certainly one sees the annoyance of familiarity in Peter Falk's face when Rowlands starts the whole raspberry-muttering-eye roll. And perhaps a large part of my inability to embrace this movie fully is the fact that it seems just fucking illogical that someone would willingly keep this woman in a house with children when she is obviously waaaaaaaay off in the head. But then, what we're seeing is the culmination of years of this finally getting out of hand.

I don't know, really. I know I like the performance, and I think I should give this movie a second chance somewhere down the road. But right now, it's too click-click for me.

Oscar chose Burstyn, who famously didn't show up because she didn't think she'd win. I would choose Perrine except for the whole category question mark. So, the choice is clear: my Oscar vote goes to...

FAYE DUNAWAY
for
CHINATOWN
a legend, and rightfully so
Posted by Walter L. Hollmann at 10:34 PM

I have only seen Burstyn so far but she is an actress who simply "doesn't do it for me". I can see that she obviously did a lot in Alice but it feels so incomplete, so forced and often so annoying to me...

The Final Category! I must say I thoroughly enjoyed your series...

Burstyn was hugely popular at the time, as an actress and a women's advocate. She lobbied the Academy to allow Liv Ullmann's performance to be eligble for a nomination in Bergman's "Scenes From a Marriage", which was made for Swedish TV and declared ineligible.

One might call Burstyn's win here a consolation prize for her loss in "The Exorcist" the year before. I liked Alice too. And I was annoyed by her as well.

Diahann Carroll's nomination was a product of the '70's dearth of good leading roles for women. She was great in the role, but I agree it was not award-calibre.

Gena Rowlands' work is so out of the mainstream that it is difficult to know how to approach it and evaluate its success. I can tell you that her tics and mannerisms are quite authentic (from personal family experience). But her characterization, given much latitude to improvise, is also aggressive and sometimes undisciplined. Anyway, in the end, she broke my heart.

Valerie Perrine will never live down "CSTM". I thought she was fascinating in "Lenny", the first time I had ever seen her. She displayed a surprising range, and her portrayal moved me. She stood out for me even though it was Hoffman's--and Fosse's--film.

I mentioned in an earlier comment how Faye Dunaway's sublety in "Chinatown" was the key to the success of the screenplay. I applaud your choice here Walter, even though she was overshadowed by Nicholson. Dunaway knew this character intimately. It is a mature and haunting portrayal.

Hmmm....Who to choose? I'll go with Dunaway too, with Perrine in a virtual dead-heat.

Fritz - I can see that. Sometimes, I admit, I do see those wheels turning in her roles...but it worked for me here. Alice Hyatt is a member of my family, church, workplace, and that annoyance is part of it.

Tom - Hm. I can't imagine Burstyn winning (or deserving to win) for The Exorcist. I love the movie and her performance, but for some reason she never strikes me as the lead. I always consider Jason Miller the main character, and he got a supporting nom. Anyway, glad to see that we agree on at least two Oscar categories: this and Picture '75!