I honestly look forward to this category every year, and I think the nominees say as much about the year in film as Screenplay or Best Picture. Back in the day, the winner might also be a chart-topper, and oh how I miss those days! Truly, there's nothing more I want to do then turn on the radio to hear "You Haven't Seen the Last of Me" (wait...it won, right?).

Besides, this is the category where all the freaks go. 2010 gave us two cartoons and a Gwyneth Paltrow movie few saw and fewer liked. 1974? Well, see for yourself. 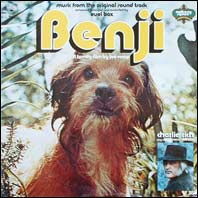 "Benji's Theme (I Feel Love)" from Benji
***
Like the film, the titular song is beyond cheesy, yet somehow manages to work. A pretty lovable tune, actually, and it works within the film's squeaky clean, family-friendly environment. It really does sound like something the dutiful, adorable Benji would sing if he could.

"Blazing Saddles" from Blazing Saddles
***
A simple homage to the country themes of old. Frankie Laine performs, an ingenious move considering he was the singer of the themes for High Noon and Gunfight at the OK Corral. Solid, singable, and a real earworm tune. I like it, it fits the film, it's great.


"Wherever Love Takes Me" from Gold
*
I once read Gold described as a disaster film, which is completely misleading. Sure, there is a (man-made) disaster at film's climax, but it's more of a corporate thriller/soapy romance. Perhaps the presence of Maureen McGovern singing this all right love tune threw people off; after all, she also contributed to the soundtracks for The Poseidon Adventure and The Towering Inferno (talk about a niche market).

Sing this she does, though, and the context...fits, I guess? It plays when Roger Moore gets into the plane of his boss's wife and they fly across South Africa to a weekend getaway of sexy sex sex. So I guess, wherever takes them, that's where they'll want to go...in a plane. It fits the subplot, but not the main plot, and it's not very memorable, so I wonder how it got the nomination over the groovy title tune.

"The Little Prince" from The Little Prince
*****
I almost cried when I heard Richard Kiley sing this at the end of the film. There is no moment more emotional than the final scene between the Pilot and the Prince, when the formerly disillusioned man begs for the magical youngster to stay behind. By this time, we've seen the relationship take that classic journey from irritation/confusion to a brotherhood, one where each learns something from the other. The tune is exquisite, and Kiley's interpretation...well, I said it already. It moves one to tears. By far the most powerful moment of the film.

"We May Never Love Like This Again" from The Towering Inferno
****
One of those lovably corny songs that somehow won the Oscar and was probably the first dance at many a mid-70s wedding. It's hard to turn off once that first line gets going, and soon you're just basking in its earnestness. And hey, they actually put Maureen McGovern in the film so that she could sing it at the grand opening of Fiery Death Tower. I kind of wish she appeared more in the film, I want to know if she survived the inferno. Of course, what this song has to do with anything in the movie is anyone's guess. The sad attempt at a love story is a waste of Faye Dunaway's time, and the song isn't even used in that context either. It's just there.

Well, I guess the fact that the couples are slow-dancing gives it some relevance. And the song is just so damn nice.

Oscar awarded the earworm song from The Towering Inferno. But for relevance and sheer, powerful beauty, I award the Oscar to... 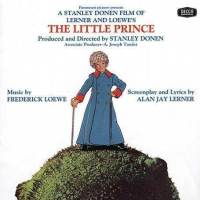 I am with you on this one!

"I Feel Love"--fit the movie perfectly, and yes, it is scaled to what a dog might sing if it could. An effective little song, but never a serious contender.

"Blazing Saddles" works as satire, but over 30 years later, the Frankie Laine connection may fly under most viewers' radar. Probably got the nominaiton because Brooks himself penned the song. This was a roaringly popular film in '74, but now, except for a few good comic set pieces, I can barely watch it.

"Wherever Love Takes Me"... May have been a good enough song on its own, but the movie is unmemorable, and it probably barely slipped in as a nominee.

At that time, it was rare for a strong nominee to win from a small film or disliked film. You could always predict a winner if it came from a heavily-nominated film.

That's the case with "We May Never Love Like This Again", an attempt to cash in on the success of "The Morning After" in '72 ("Poseidon Adventure"). McGovern had a huge hit with that one, so they invited her to actually appear to sing in "Inferno". Sadly, they made her look like one of Russ Meyer's Dolls in "Beyond the Valley..." The song has no real significance to the meaning of the film..

"Little Prince"...Oh YES, the best song on the list and surely would have been my choice. Unfortunately, the film was not well-appreciated, and so the song suffered for that. It was a worthy contender and shouuld have won.

The Little Prince is such an odd movie, but the entire second half is gold. Fosse, Gene Wilder, that last song...it's all incredible.