Let us begin with the men. 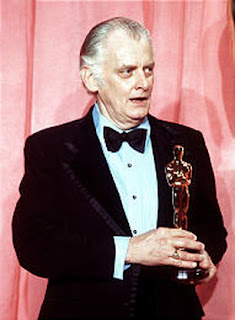 1974 was dominated by male-centric films, whether focusing on an ensemble of Hollywood stars saving the women and children from disaster (Earthquake, The Towering Inferno), a mafia don and the saga of his sons (The Godfather: Part II), a vengeful father (Death Wish), or a parody of the classic Hollywood cowboy (Blazing Saddles). It was also dominated by a slew of classics and cult flicks -- how many times have The Godfather: Part II, Young Frankenstein and Chinatown appeared on "best of film" lists? These are movies we have memorized before we even see them, and they needed someone with balls in charge. In the case of these five films, quite literally. 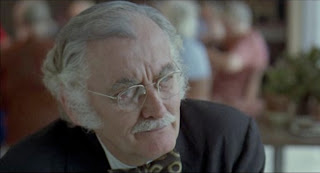 Art Carney in Harry and Tonto
**
Check out the other performances and you'll see actors headlining a murder mystery with a morally ambiguous ending, a warts-and-all biopic with a sad ending, a cynical noir with a pessimistic ending, and a crime epic with a exhaustingly tragic ending. Then there's this film, a light-hearted road movie centering on an octagenarian going cross-country with his cat after his New York apartment is demolished. I'll get into what I feel about the movie itself when I cover its screenplay nomination, but let me preface my take on Carney's performance with these words: I just don't like this movie. It means well, but as a whole I just don't care for it.

Not that Carney is the issue. I think he's quite capable in the role of Harry, subtly underplaying it most of the time so that his outbursts of real emotion are all the more effective. When I think about what I like about Harry and Tonto, I think about his forcing a Greyhound bus to stop because his cat needs to pee. Or his tearful exit after identifying a body at the morgue. Or, my favorite scene, his visit to a nursing home that ends in a dance with an old flame. That moment is just beautiful enough to make me like the film and performance a little more. In the end, though, I don't think the role is challenging, and I don't think Carney's performance is either.

Albert Finney in Murder on the Orient Express
***
Agatha Christie once stated that she could never write her popular detective Hercule Poirot for the stage because he was too over-the-top. In close-up the role is just as jarring as Christie expected. Heavily made-up and speaking with a gruff accent, it's hard to believe this is Albert Finney. He gets Poirot's watchfulness, ego, and amusement, in ways both subtle and not very subtle at all. The challenge, of course, is to make an interesting character out of someone who is conducting interviews for two hours, and Finney rises to the occasion. He's soothing here, accusatory there; Poirot adapts to the occasion spontaneously.

This also makes Poirot pretty inscrutable. When David Suchet went from righteous anger to soothing calm in the television version, you could chart that progress. Finney's Poirot, on the other hand, is a cartoon, yelling at inappropriate moments and muttering Shirley Temple tunes under his breath. His individual interviews are great, and he nails that final ten-minute monologue, but the performance rests on the mannerisms. 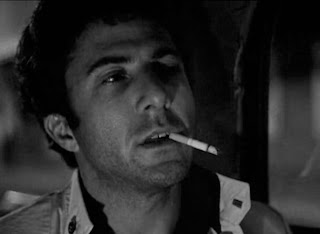 Dustin Hoffman in Lenny
*****
Is there a more perfect marriage of actor and role? Hoffman, as we've seen, is a notorious improviser who never plays the same scene twice. Lenny Bruce, according to Albert Goldman, was a notorious improviser "whose ideal was to walk out there like Charlie Parker, take that mike in his hand like a horn and blow, blow, blow everything that came into his head just as it came into his head with nothing censored, nothing translated, nothing mediated". Bring the two together and you get a performance that just sizzles.

I don't know how to express my love for this performance. Never before have I seen Hoffman this hilarious, vulnerable, adorable, maddening and charming. His nerdy exuberance when romancing Honey is infectious; his single-minded obsession with his obscenity trials is frustrating. His performance makes the disparate images of the responsible father and the drug-abuser just different parts of the same man. I really just want to show you the movie and yell, "SEE? LOOK AT THIS!" every scene. But that would be annoying, so I won't.

Jack Nicholson in Chinatown
*****
I imagine it must be difficult to play a gumshoe, since your role is either to react or offer exposition. Yet it's not hard to see why Nicholson was the frontrunner this year. Of course, Robert Towne's screenplay and Roman Polanski's direction lay enough groundwork for Nicholson to work with, but it takes a special kind of actor to make the private dick effective. I'm not talking charm, I'm talking smarm, and Nicholson has it. It's a sleazy job -- and that defense at the barbershop seems to be more for his benefit than his neighbor's -- but dammit he's good at it.

Perhaps the strongest element of his performance is his incredulity. Jake Gittes can usually weasel his way into anything, but this case, taking him from a simple case of adultery into a conspiracy within the Los Angeles County Water Department, manages to catch him off guard at every turn. He trusts the wrong people, follows the wrong leads, accuses the wrong culprit. Gittes is as human as you or I, a man whose past hurts inform his present relationships. He's vulgar, quick-witted, suspicious...really, there are few I'd rather spend two hours watching. Indeed, this was one of the few movies that I never took my eyes off of once, and Nicholson's performance is a HUGE part of the fascination. 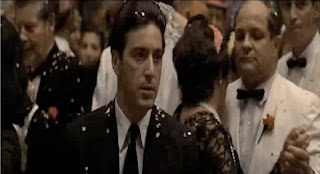 Al Pacino in The Godfather: Part II
****
Pacino ups his game from the original. There's no trace of the Michael Corleone who once assured Diane Keaton, "That's my family, Kay, that's not me." Michael is calculating and cold-blooded. The man calmly orders the assassination of Hyman Roth, gives his brother the kiss of death, and manipulates the witnesses of a grand jury investigation. He rages at his wife and his consigliere -- powerful moments, indeed, for they go against his usually controlled demeanor. It's fascinating to see a man so changed, yet refusing to acknowledge that his relationships have. The aforementioned argument with Kay is rightfully legendary, and that final shot of Michael sitting alone after "settling business" haunts me still, a full two months since I saw the movie.

Oscar chose Art Carney, but if I had to choose between these five, the Oscar goes to... 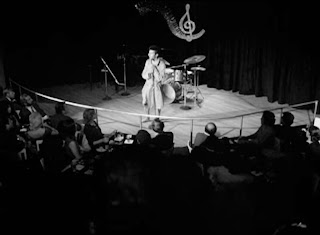 DUSTIN HOFFMAN
in
LENNY
a magnetic performance, beautiful and ugly, triumphant and tragic
Posted by Walter L. Hollmann at 8:57 PM

I'm loving these flashbacks. I was SUPPOSED to be doing 1998 like one year ago, never got to it.

When it comes to classics, the seventies are my blind side. I've not seen as much as I'd like. I've seen all but Hoffman and Nicholson wins just ahead of Pacino.

I like a lot of 70s stuff, but I admit that most of my cinematic knowledge is more contemporary. This is forcing me to explore, and I love it.

This was the strongest category of the whole competition that year. And while I can't disagree with your selection--Hoffman is a very worthy choice--I must defend my sentimental favorite...

First, Hoffman's "Lenny": Brilliant, in Fosse's extremely bleak mosaic of the controversial comedian and his show business world. The film proceeds in brief shots and jarring cuts, until Bruce's breakdown, done in one 10-minute take. If anyone doubted Hoffman's skill, due to his performance's refraction in Fosse's prism, this scene should convince any naysayers. For some reason, Hoffman was still not in high favor with many Academy voters, owing to his disparaging remarks about the Oscars, and his reputation as a "difficult" performer.

Albert Finney has been sorely overlooked by the Academy. His Poirot in "Orient Express" was considered the weakest of the 5performances at the time, considered even then, as you say, "over the top". But apart from any competing influence, this was marvelous fun, and Walter, you described it perfectly.

Pacino was also passed over by Oscar throughout the 1970's. Probably his New York roots made him sort of a Hollywood "outsider". Unfortunately, it was difficult for an actor to win an Oscar for playing an unsympathetic character, and Michael descended to pure evil in "Godfather II".
He was very good here but seemed to play one note for the whole film.

I was also expecting Jack Nicholson to win. He was terrific as Jake Gittes, and had enjoyed a string of nominations leading up to this, making him almost unstoppable. But then, most Academy insiders knew he was making the powerhouse "Cuckoo's Nest", and had already marked him on their next-year's ballot. Time to honor a well-liked veteran....

Ah, Art Carney... Most people are shocked to learn that this "Octagenarian" was only 56 years old when he portrayed Harry Coombs.
As much as I enjoyed many other films that year, especially "Lenny" and "Chinatown", "Harry and Tonto" left me aglow when I first saw it...and I picked it then as my favorite film of the year.
I was surprised at Carney's win, because it lacked the grandstanding, or "big moments", of the other 4 nominees. Was it a sentimental choice? In part, probably. But after repeated viewings, I have come to appreciate Carney's contribution to making this one of the gentlest, wisest and most heartfelt films Hollywood has ever made about the challenges of aging, self-evaluation, parenthood, and friendship. His bond with his buddy Tonto kept me in a state of rapt joy, and the tears kept flowing...

The film was never maudlin...some of it has dated badly. (Does anyone remember TV's "Ironside" with Raymond Burr in a wheelchair?)

As I get older I recognize the honesty of emotion as he says goodbye to old friends, re-visits an old flame, advises his youthful companions, solicits the services of a hooker, pals up with a Native American in jail, and regards the modern world with awe and bemusement.

Yes...Nicholson would have had my vote then...but Carney is my choice now..

Harry & Tonto, I feel, may be one of those films I appreciate when I get more life experience in me. Maybe. A lot of me hopes that's the case, because I really don't like it. Carney's fine in it, but the overall film let me down.