One of my favorite categories -- after Supporting Actress, of course, and right ahead of Adapted Screenplay. And I have to commend both 2014 and 1971 for the strength of their lineup. Even if not everybody made it to my personal ballot, I still find the overall list to be well above-average. Both years.

Here's to the ladies who...

...go back and forth between determination and humiliation. They're capable, haunted, and don't want to have to beg and plead to maintain their existence.
(Marion Cotillard in Two Days, One Night / Glenda Jackson in Sunday Bloody Sunday)

...doggedly pursue a fresh start, as they sometimes face, sometimes escape their past. Too many strangers have seen them naked; they're getting their self-control, self-worth, and confidence back!
(Reese Witherspoon in Wild / Jane Fonda in Klute)

...live every moment with the threat of disease destroying their family, their household, and their legacy -- and refuse to let it defeat them.
(Julianne Moore in Still Alice / Janet Suzman in Nicholas and Alexandra)

...stick to their guns, even as the world around them gives them every reason and opportunity to abandon their cause. It's not about stubbornness; it's about love.
(Felicity Jones in The Theory of Everything / Vanessa Redgrave in Mary, Queen of Scots)

...are in control of every situation, even if the man in their life thinks otherwise.
(Rosamund Pike in Gone Girl / Julie Christie in McCabe & Mrs. Miller)

Julie Christie in McCabe & Mrs. Miller
***
I think of two scenes when I consider her performance. The first, of course, is when she introduces herself to McCabe, all cockney confidence. She's a whore and a businesswoman, and knows that sometimes you don't need to look someone in the eye -- sometimes, it's all about stating your business and ignoring them while you eat your eggs. The other scene is the first time we realize McCabe's been visiting her. Her eyes shine as she watches him undress, yet it could be for any number of reasons -- affection, money, opium. It's a fascinating performance, one that I wish had more screen time.

Jane Fonda in Klute
*****
Perfection. There is not a false moment in this performance, from the emotionally naked therapy sessions to the defeated escape to the club, from the genuine confusion over a guy like Klute to the very real terror when confronted with a killer. She's watchful in every scene, always looking for the angle -- both her own and whoever she's with. 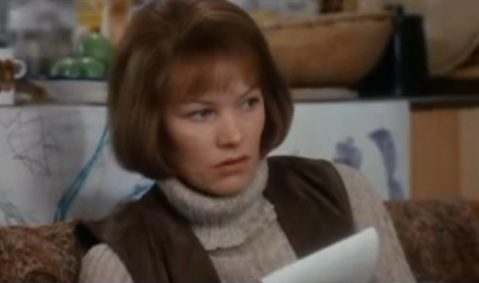 Glenda Jackson in Sunday Bloody Sunday
*****
From her frazzled run through her disaster of a flat, through the doomed weekend where she sees both fake married life and fake motherhood imploding but puts on a good face throughout; the anger, frustration, relief, and exasperated comfort she offers to her young charge after an accident; that moment where she knows, and we know, she's considering schtuppage with her latest client. Jackson puts all the neurosis, hope and sadness out there, and she's just fascinating to watch. A real woman. 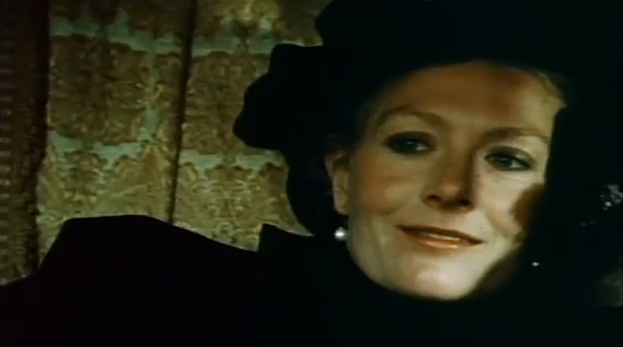 Vanessa Redgrave in Mary, Queen of Scots
****
Redgrave does not worry about making Mary sympathetic -- she's spoiled, impulsive, stubborn. Yet she does have a charm and lightness about her -- when she mentions she is not yet five-and-twenty, we realize why. Never compromising on warmth or strength, she perfectly illustrates how Mary could be a great queen -- and what exactly keeps her from it. 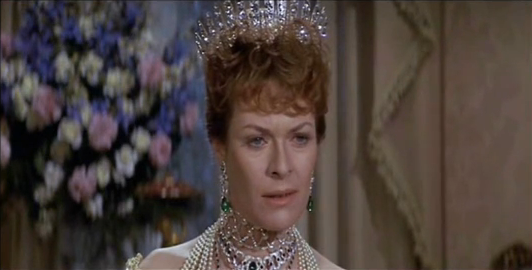 Janet Suzman in Nicholas and Alexandra
***
She practically whispers, she's so huskily hushed -- which, fair enough, gives credence to Alexandra's supposed shyness, and I must applaud her ability to believably command her husband armed with nothing more than those piercing eyes and her certainty. Too, she shares credible chemistry with Michael Jayston (Nicholas) and Tom Baker (Rasputin). Still, there's not much more to discover about her after the first hour.

A lot to love here. Indeed, you're sure to find at least one of these names among my own individual picks from this year. But from this specific lineup? In a nail biter that had me switching back-and-forth for a few days, in the end, the box I tick is....

One of the most deserving Best Actress wins in Oscar History, surely. Her scenes in the garment factory alone...

On the next installment -- Best Supporting Actor!
From 1971: Fiddler on the Roof, The French Connection, The Last Picture Show, Sometimes a Great Notion
From 2014: Birdman, Boyhood, Foxcatcher, The Judge, Whiplash