It's not easy to compare this year's slate of Supporting Actor nominees to that of 1971. Ben Johnson is somewhere between J.K. Simmons (the steamroller) and Robert Duvall (the veteran honored) -- except Duvall already has an Oscar and several nods, and Simmons' character is incomparable to Johnson's. Jeff Bridges certainly has the same cocky attitude as Edward Norton, but it's definitely more naive, boyish, open, and borne of insecurity. Mark Ruffalo is just as charming and good-natured and dependable as Richard Jaeckel ... actually, that's a perfect comparison. If this was Ethan Hawk'e first nomination, I could more easily make the Character Actor Made Good argument with Roy Scheider. But who the hell gets saddled with Leonard Frey?

The Oscars are different, there's no doubt about it. We joke a lot about how Supporting Actor has become the go-to category for honoring veterans, or how they're for leads who aren't as famous/young/handsome as the other lead. And in comparing these two years ... that may be quite true. Simmons is the only 2014 member nominated for the first time, in a role that would be campaigned for lead if, say, Daniel Day-Lewis or Denzel Washington played the part. But when you look at 1971's lineup, everyone is here for the first time, all of them are legitimate supporting turns, and the ages range from 22 to 53 -- quite young!

That's what I learned. Now what I did I love? That's after the jump. Jeff Bridges in The Last Picture Show
***
A solid performance as the handsome cock-of-the-walk football captain, carrying himself with the kind of manly swagger only possessed by youth. Love how it all falls away when met with the promise of his girlfriend's body -- suddenly, he's a wide-eyed kid -- or with the threat of her moving on without him -- suddenly, he's throwing an uncontrollable tantrum.

Leonard Frey in Fiddler on the Roof
**
Well, all right. If you insist. I don't think he's bad, he just seems a little broader than everyone else. Which works! I didn't not believe this performance! But a nomination seems a bit much. 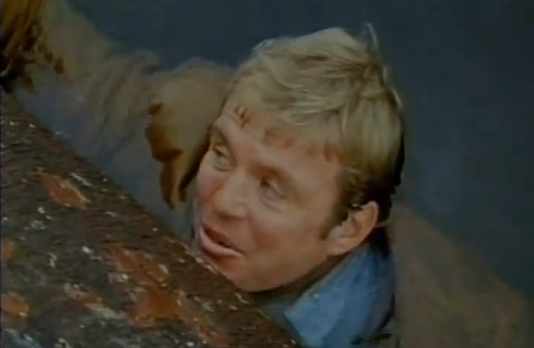 Richard Jaeckel in Sometimes a Great Notion
****
Pure charisma. Always on screen, never the prime focus, but with such an energy and magnetism that you can't help but be drawn. Shares an easy chemistry with the entire cast, so you really buy into his place in the family -- a cousin, but practically a son. And, while there isn't much variety in his dialogue, his last scene with Paul Newman is a knock-out -- every line is similar, but there's so much going on moment to moment. A pleasant surprise. 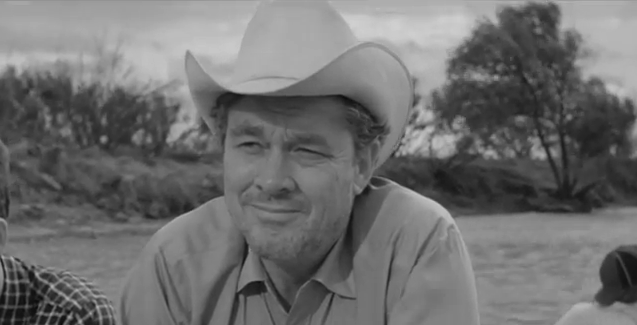 Ben Johnson in The Last Picture Show
*****
The heart and soul of the film. Solid, steady, with the most sincere gaze I've seen so far this year. Such depth of feeling in every line reading, every movement. He is direct, but he lacks malice; he is firm, at times furious, but quiet in his condemnation, gentle in his judgments. Johnson convincingly plays a man who becomes myth through his warmth, strength, and sheer goodness. You feel his presence long after his final scenes. 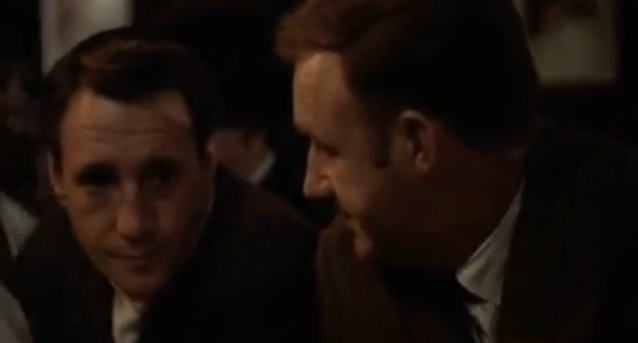 Roy Scheider in The French Connection
****
A true supporting performance, Scheider plays Doyle's partner, Cloudy. Cagney once said all you have to do as an actor is plant your feet and tell the truth; Scheider is the best at it. He lives this role, man -- keep an eye on him, even when he's at the fringes of a scene. He's always doing something, always listening, always watching -- sometimes judging, but quietly. Scheider easily convinces you of his time on the force and his commitment to Popeye.

Ben Johnson won the Academy Award -- and can you believe he didn't even want the role originally? I can't -- it's the role he was born to play, and I got to side with the Academy here. My vote goes to:

Next -- and we better do it quickly -- the nominees for Best Song!
From 1971: Bedknobs and Broomsticks, Bless the Beasts and the Children, Kotch, Shaft, Sometimes a Great Notion
From 2014: Begin Again, Beyond the Lights, Glen Campbell: I'll Be Me, The LEGO Movie, Selma

PLUS: Oscar predictions! Coming up, on THE SILVER SCREENING ROOM!