In looking at this year's nominees for Best Production Design, one cannot help but be reminded of the nominees for its then-equivalent Best Art Direction-Set Decoration in 1971. Especially if, like me, you're devoting an entire month to forcing those kind of parallels. Hopefully, however, you'll see a pattern emerge...one that makes the word "forcing" seem like a disservice.

Take Interstellar, which showcases the same grounded sci-fi steeliness as The Andromeda Strain.

Or  The Imitation Game, whose attention to period authenticity does for World War II Britain was Mary, Queen of Scots' similar approach does for Elizabethan England.

Take Into the Woods, with its rather ugly, straight-faced take on fantasy, much as Bedknobs and Broomsticks grounds itself in a reality unprepared for the witchcraft on display.

Or Mr. Turner, with lived-in locations that echo the same intimate veracity as Fiddler on the Roof.

And then, of course, there's The Grand Budapest Hotel, grand and big and bold and colorful, as befits a fantastical Wes Anderson flick -- it's amusing, then, that its closest counterpart is the historically-based Nicholas and Alexandra, a film that went to great lengths/expense to capture the ostentatiousness of the Romanovs.

And we'll see just what I mean, after the jump.... 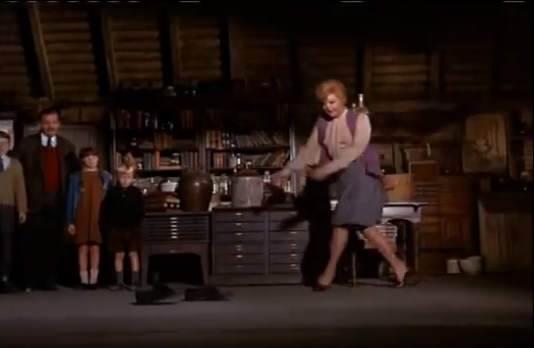 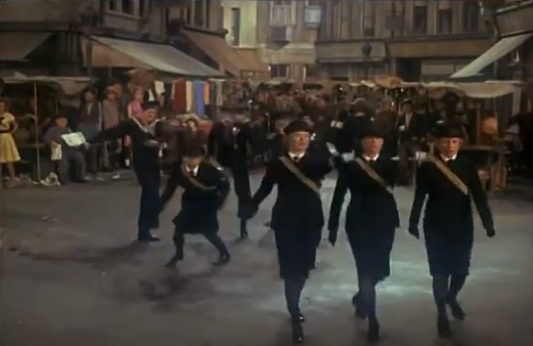 John B. Mansbridge/Peter Ellenshaw, art directors
Hal Gausman/Emile Kuri, set decorators
***
Props (ha!) to the Portobello Road sequence for its array of tchotchkes and odd-and-ends, varying between quaint and scuzzy. Overall, it's a modestly-designed flick, even within the mansion where Emilius crashes -- though certainly that full nursery gives one the creeps. Everything seems genuinely lived in, not a set at all -- good on ya!


FIDDLER ON THE ROOF

Robert F. Boyle, production designer
Michael Stringer, art director
Peter Lamont, set decorator
*****
Studied, stunning detail, from the stark constable's office to the ornate Temple. I actually found the different jugs for milk fascinating, some clearly a little worse for wear than others; and of course, let us not forget the enviable habitat of the butcher! The whole set actually looks like a bustling, lived-in little village! I was -- convinced!

Terence Marsh, production designer
Robert Cartwright, art director
Peter Howitt, set decorator
****
How much do you love the difference between Mary's simple Scottish castle and Elizabeth's English palace? Mary has small rooms, furniture cramped, the bed almost beside the door -- but hey, check out the tapestries! Elizabeth is seen in various large rooms -- compared to Mary, it's practically a journey from bedside to doorway! The clutter of Elizabeth's desks (again, plural) show her to be a far more involved government entity than Mary. Details, details, details. 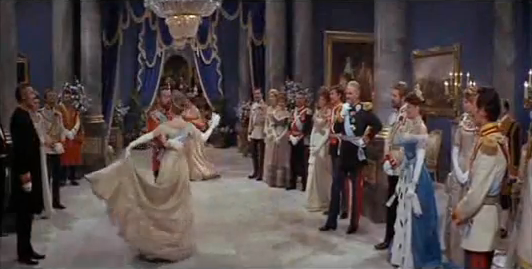 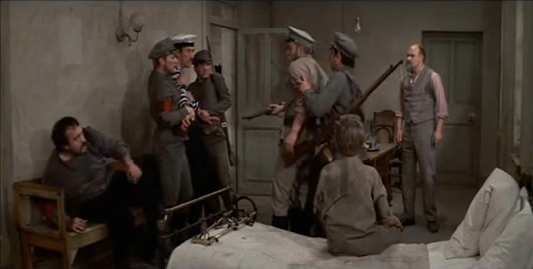 John Box, production designer
Ernest Archer/Jack Maxsted/Gil Parrondo, art directors
Vernon Dixon, set dresser
*****
Exquisite! The Winter Palace, the royal quarters, the nursery, all painstakingly recreated in all their pomp and splendor! Same set, different moods: Nicholas walking through the St. Petersburg after the birth of his son; Nicholas walking through the same corridors after his abdication. Chilling, that. Great contrast between the extravagant royals and starving peasants.

It looks like another category where I side with Oscar, for my vote aligns with the consensus and goes to...

BOX/ARCHER/MAXSTED/PARRONDO/DIXON
for
NICHOLAS AND ALEXANDRA

The adventure continues as we take a look at the leading ladies!
From 1971: Klute, Mary, Queen of Scots, McCabe & Mrs. Miller, Nicholas and Alexandra, Sunday Bloody Sunday
From 2014: Gone Girl, The Theory of Everything, Two Days, One Night, Still Alice, Wild

Email ThisBlogThis!Share to TwitterShare to FacebookShare to Pinterest
Labels: 1971, Bedknobs and Broomsticks, Fiddler on the Roof, Mary Queen of Scots, Nicholas and Alexandra, Oscars, The Andromeda Strain