Double feature time again -- only this time, instead of just throwing on a DVD or Blu-Ray or whatever the kids use (holograms? what were those little discs in Minority Report?), why not pick up a manuscript? Specifically, any published copies of the nominees for Best Original Screenplay, be they from 2014 or 1971. And allow me to suggest some travel companions to suit the mood...

You down for broad dramedy zeroing in on a male protagonist undergoing a personal crisis while performing his duties within a particular industry? Double the pleasure with 1971's medical satire The Hospital and 2014's showbiz satire Birdman! (Yes, I know I already made that comparison yesterday, but if the shoe fits...)

In the mood for a bizarre crime flick with a sick sense of humor and an unstoppable protagonist that you kind of wish would, just once, get punched in the face? Double-tap that sucker with 1971's cop-focused Investigation of a Citizen Above Suspicion and 2014's late-night news-focused Nightcrawler.

Perhaps you like crime just fine, but would rather trade in the humor for something that takes a closer look at gender and America. Learn about the ladies from 1971's Klute, and learn about the lads from 2014's Foxcatcher.

Or maybe you're highly specific and could really go for a coming-of-age story focusing on the influence certain adults have over children's lives, and the melancholic nostalgia that comes from looking back? Get out the tissues, because I'm talking about 1971 drama Summer of '42 and 2014 comedy The Grand Budapest Hotel.

Nah, you're the type of person that wants to see the reverse -- the effect a younger person has on the older people in his life -- and you want it spiced up with realizations of how everyone always hopes that they're almost on the brink of Getting It Right, but rarely do. They just thought there'd be more! Yes, yes -- double the fun with 1971's bisexual menage a trois at the center of Sunday Bloody Sunday and 2014's saga of parents and children Boyhood.

Paddy Chayefsky for The Hospital
**
It's a bit bloated and indulgent -- I'm not sure how many simultaneously self-deprecating and self-serving speeches George C. Scott needs to give about male menopause and the State of Things, but surely he's exceeded the limit. And what's the deal with Diana Rigg? Still, it hits many of the right notes when it's a large ensemble, even if it all falls apart in a finale that hits the audience with a bazooka when a BB would have sufficed.

Elio Petri/Ugo Pirro for Investigation of a Citizen Above Suspicion
*****
Remarkably funny -- and fucked up. The suspense mounts along with the absurdity, as our titular citizen strives harder and harder to incriminate himself, so aghast is he that he can actually get away with murder. Reality, insanity, fantasy -- all become blurred by the time we get to the breathtaking finale(s). A wickedly clever crime story, and one that stands the test of time -- forty years later, in another country, we still ask: is the law different for those who are sworn to uphold it?

Andy Lewis/David E. Lewis for Klute
*****
What what what? A mystery-thriller that's as concerned with the relationship between men and women as it is the actual sleuthing? Everything here, everything, is sublime, from the careful set-up of the thriller aspects to the evolving relationship between Klute and Bree. Thoughtfully written from every aspect, with dialogue pared down to its necessities. Understated, exactly what's needed.

Herman Raucher for Summer of '42
***
Autobiographical coming-of-age story about a 15-year-old, and that one summer he learned all about love and sex and heartache and loss. Sparse, direct, and with more melancholic reflection than one expects, even from a genre this bittersweet. It's discreet transition from charming infatuation to something more intangibly sour. More so, though, it really nails how obnoxious teens are.

Penelope Gilliatt for Sunday Bloody Sunday
*****
Voice-over, flashbacks, fantasies and breaking of the fourth wall all used sparsely, surprisingly, appropriately. You understand why this character at this point is suddenly using this method to communicate to the audience. And all in the service of a beautiful story that skimps on the melodrama despite its premise -- a thirtysomething woman and a respectable doctor both in love with a bisexual man. Mature, thought-provoking...and quite unbelievably funny.

Oscar awarded Paddy Chayefsky -- there were no Best Picture nominees in this category, and he was a beloved industry figure, and I guess there are people who really love The Hospital. But I see things a little differently and give it to... 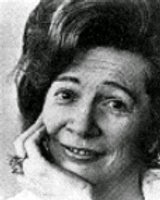 Tomorrow: Let's get Visual! With the nominees for Best Cinematography!

From 1971: Fiddler on the Roof, The French Connection, The Last Picture Show, Nicholas and Alexandra, Summer of '42
From 2014: Birdman, The Grand Budapest Hotel, Ida, Mr. Turner, Unbroken