Finding the common thread between the nominees of 2014 and those of 1971 will be a challenge indeed. The landscape of cinema and Oscar has changed so completely in those 40-plus years. Back then, all five nominees were based on novels, and two of them were foreign. This year, one nominee is based on a novel, three on bios, and one on a short film -- the latter especially stands out, since in 1971, such things just did not happen.

Still, there are some similarities, if you choose to look for them. So allow me to suggest, a la Amazon, some companion watches/reads ... after the jump

A Clockwork Orange
Stanley Kubrick
adapted from the novel by Anthony Burgess
***
Actually, not bad. Alternates between devotion to the text and smart little tweaks -- most obviously in the use of the NadSat language. Finds individual voices for characters that could be just caricatures -- the priest, for instance, or the Minister, or Mr. Deltoid. Really, except for its confused execution of the arc, a pretty well-done bit of writing.

Pair with: Inherent Vice
Discuss: Adapting the unadaptable -- does cinematic style enhance or smother the literary substance? Is the use of verbatim dialogue from the book lazy, or clever? How do the divergent elements complement or contradict from the original intention? Why so many shadows?

The Conformist
Bernardo Bertolucci
adapted from the novel by Alberto Moravia
*****
Frightening. The Conformist explores a man who joins the fascists, not out of any ideological sympathies, but so as not to to be the odd guy out. He is aimless, a reasonably intelligent man with no ambition except survival. It is a perfect study of how evil spreads, not through the zealots, but through the go-alongers. Bertolucci successfully humanizes everyone, whether they be a cold-blooded assassin, an aging professor, or a wife willing herself into denial. And these portraits, horrifyingly, I recognized friends, acquaintances -- even myself. None of us are immune.

Pair with: American Sniper
Discuss: How do we define patriotism? How is level of loyalty to dogma equated with one's readiness to kill? How does the nature of war affect the home? The Blind Patriot vs. The Apolitical Gun-for-Hire.

The French Connection
Ernest Tidyman
adapted from the book by Robin Moore
****
You know what I like about The French Connection? There's not a real structure to it, no discernible rising action. It's a lot of starts and stops -- sometimes false starts that just kind of drift into nothing. And that's what the case was. We're told that Popeye and Cloudy did about six months of work total; the chief frequently berates them for not getting anywhere in all that time. And Tidyman's script captures the back-and-forth between tedium and excitement that is police work. Real.

Pair with: The Imitation Game
Discuss: Fact vs. fiction - is The French Connection's authenticity more accepted because it acknowledges its inventions? The effect of alienation on the genius protagonist. Are threats more threatening when they're foreign threats? Juxtapose the traditional vs. the subversive re: masculinity, as applied to Popeye Doyle and Alan Turing.

The Garden of the Finzi-Continis
Vittorio Bonicelli/Ugo Pirro
adapted from the novel by Giorgio Bassani
**
Young Jewish man is in love with wealthy young Jewish woman, as Mussolini's Fascist government pushes through anti-Semitic laws, eventually leading up to the beginnings of the Holocaust. Could it be about not noticing what's happening around you because of your own self-involved focus? About what it means to be Italian, Jewish, or Jewish-Italian? I don't know, because everything is oddly vague and impersonal. These are sketches, not people. This won Best Foreign Film?

Pair with: The Theory of Everything
Discuss: Love as distraction -- how attraction, courtship, marriage, etc., serve as a way of keeping unpleasantries at arm's length.

The Last Picture Show
Larry McMurtry/Peter Bogdanovich
adapted from McMurtry's novel
*****
The dialogue is deliberate, giving us everything we need about the characters without showing off. There's little poetry, except in the simple cadence of everyday people reminiscing. Love how specific every character is, too, whether it's the straightforward bullshit-cutting of Sam the Lion, the restlessness of Lois Farrow, the vagueness of Miss Mosey... The town of Anarene doesn't just feel specific -- it feels like it lives on beyond the movie.

Pair with: Whiplash
Discussion: How music, or lack thereof, propels a scene. When does dialogue become superfluous? Woman as distraction: who's a bigger dick, Miles Teller or Timothy Bottoms? Why is it so difficult for drivers to avoid other people?

And the Oscar went to... Ernest Tidyman, who also wrote the original novel upon which Shaft was based! I, of course, go with another, and award my vote to... 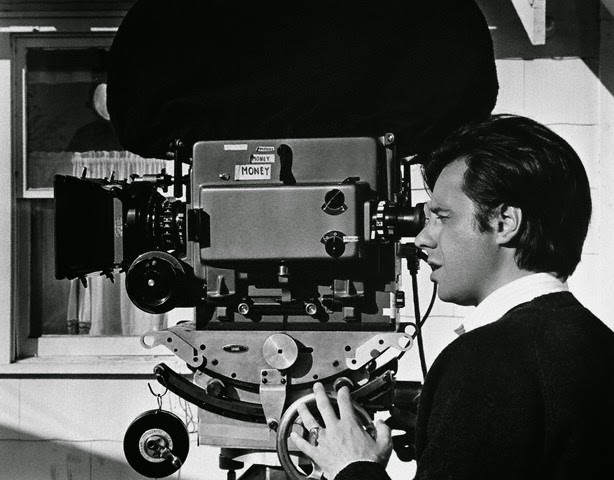 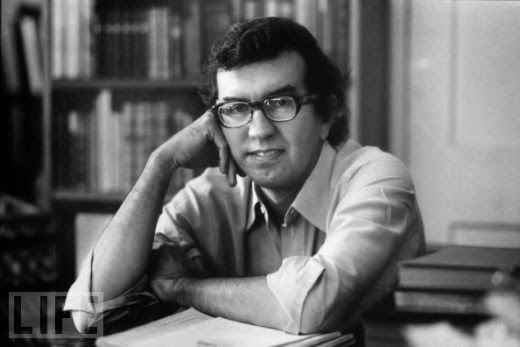 Next we'll take a look at Production Design!
From 1971: The Andromeda Strain, Bedknobs and Broomsticks, Fiddler on the Roof, Mary, Queen of Scots, Nicholas and Alexandra
From 2014: The Grand Budapest Hotel, The Imitation Game, Interstellar, Into the Woods, Mr. Turner