Was 1971 the greatest Best Picture lineup ever? The American Film Institute certainly must think so -- in its original presentation of the 100 Greatest Films of All Time, two of these films made it in: A Clockwork Orange and The French Connection; in the 10th Anniversary reassessment, The Last Picture Show joined them. At least one of these choices is wrong, in my opinion -- and you won't wait long to hear which of them it is!

And what of today's crop of Best Picture nominees? Will they one day be added to the list of Greatest Films of All Time? Certainly there are early arguments to be made in favor of Birdman and Boyhood, both uniquely consructed and executed. And I'm sure history will correct the perceived snub against Selma -- though, hey, being one of the eight movies named Best Picture of the Year is no slight, you know what I mean?

Oh, Lord, eight pictures. How ever will I compare each of them to 1971's crop of five?

The American Tale
I suppose Iraq could make a tale of a sniper, and I know there's that Seven Up series of films from Britain that document a group of people from childhood through...well, ongoing. And Lord knows every country has its take on small town living. But the slacker musing/iMac using/Obama loving of Boyhood; the blind patriotism unsettlingly ignoring the moments of doubt, along with the overseas vengeance, of American Sniper; and the village existence that is physically easy to leave but mentally and emotionally always there, trapping you, keeping you in a place where the cinema is the symbol of a dying town, as in The Last Picture Show. These concerns, and the execution thereof, are, I think, uniquely American.

The Jerk-As-Genius Appeal
"He's unlikable but maybe he's right!" the film screams. And maybe it's true! Maybe the biggest assholes in the room...are the brightest assholes in the room! The guy who hates sandwiches and doesn't like jokes might be the one who brings down the Nazis (The Imitation Game). The teacher who physically and verbally abuses his students is the only one able to bring out the untapped potential in the truly talented (Whiplash). The cop shouting racist epithets, bedding barely legals, and randomly shaking down people he just doesn't like, is more dedicated to seeing justice done than anyone else working in the system (The French Connection). They're uncompromising, but dammit, they get results.

The Historical Romance
Admittedly, The Theory of Everything is much more of a biopic, more micro, than Nicholas and Alexandra, which not only explores the devoted marriage of Russia's last royal family, but how that effected the rest of their Empire, until it finally crumbled. Theory of Everything is not about crumbling empires, but strengthened wills that fight back against the undefeatable...and defeat it. In one film, an entire world that has been granted to the central couple is taken away; in the other, the couple itself builds its own world. Really, what a fascinating double feature it would make -- even if it got a bit long.

The Auteurist Work
The director's thumbprint is on every single aspect, and not just because they also contributed to the screenplay. For some, this gets in the way of the film, as the director's confident choices appear to mesh uncomfortably with their intent; for others, it all goes together beautifully, the Auteur Theory made perfect, and all the more beautiful because the director refused to compromise. For Birdman, it resulted in an Oscar; for A Clockwork Orange, it resulted in infamy and immortality; what, then, will it yield for Selma? Time will tell, but there is no doubt that each film is unflinching in its vision. Iñárritu, du Vernay, Kubrick -- no need to specify with first names, we know immediately who you're talking about.

The Non-Drama with Technical Prowess
Not to say that it's all fun and games, necessarily, but it's certainly a respite from the often more dour work in the category -- and the craft elements are so specific, so impressive, that they alone make the case for its being here. This year, we were blessed with The Grand Budapest Hotel, which I consider the best of Oscar's nominees -- movingly-written, superbly-designed, and with a soundtrack that is delectable to the ears. In 1971, audiences were blessed with Fiddler on the Roof, another movingly-written, superbly-designed, musically-orgasmic motion picture which I consider...ah! But you'll just have to wait and see, won't you? After the jump, please.... 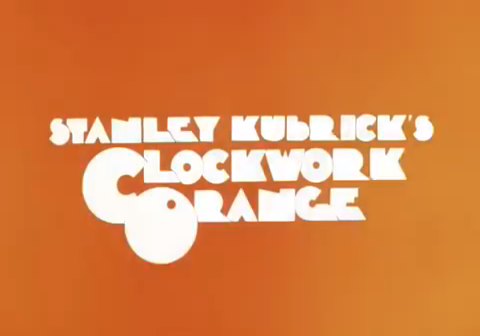 A Clockwork Orange
**
Lord, this movie is boring beyond BELIEF. Much is made of how it was derided for being too SHOCKING, too PROVOCATIVE, and maybe people JUST DIDN'T GET IT. After watching a number of films from 1971, many with provocative, shocking material, I'm beginning to think maybe people just hated the fact it's so artlessly done. It's a very beautiful movie to look at -- John Alcott is a genius, the sets and costumes are iconic for a reason -- but it's tamer than it seems to think it is, and what shock imagery it does provide seems to me less thought-provoking than it is juvenile. That sluggish pace is doing it no favors either. (The trailer, cut by Kubrick, boasts of a funny, sardonic, satiric, metaphorical film -- talk about insisting upon oneself!) 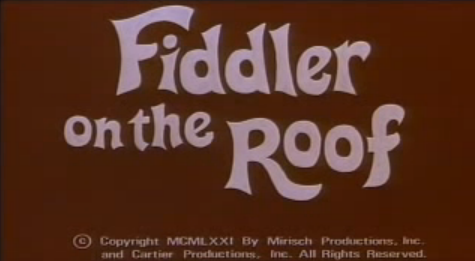 Fiddler on the Roof
*****
I am listening to "Anatevka" right now and weeping, thinking of the still figures of the ensemble looking at the camera, their mouths shut, but the chorus singing over them. Earlier, I remembered the transportive "Chava Ballet", shot at a distance from the three daughters at its center, with their father who loves them, but does not know what's going on with them, watching from afar. Every element comes perfectly together, making it not just a perfect movie-musical, but a perfect film. Penetrating, moving. 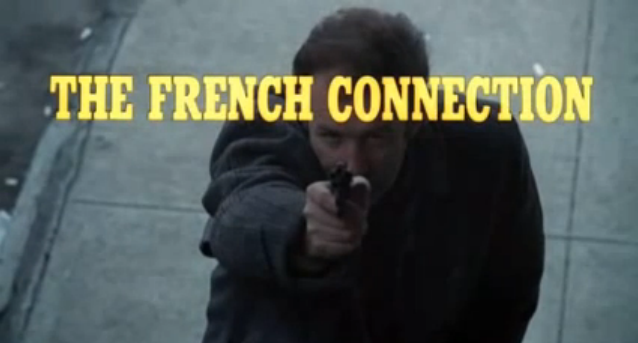 The French Connection
****
New York movies from the 70s are something else, man -- the film almost stinks with sweat and shit, and that faintly sweet, earthy stench of vomit and grass. And then you get The French Connection, which is all that, but freezes the sweat to your skin -- it's Winter, baby, and while you can't take off your gloves, your undershirt is clinging to your back as you stand on the street, watching that son-of-a-bitch drug-peddling lowlife enjoying his posh lifestyle, one bought and paid for by the addicts and the strung-out kids and the mumbling hobos with cracked lips and chipped teeth. To bring that much life and verisimilitude in a single scene, then to keep it up for an entire 100+ minutes, then add in a bloody tense car vs. train chase sequence...man, that's a hell of a flick. 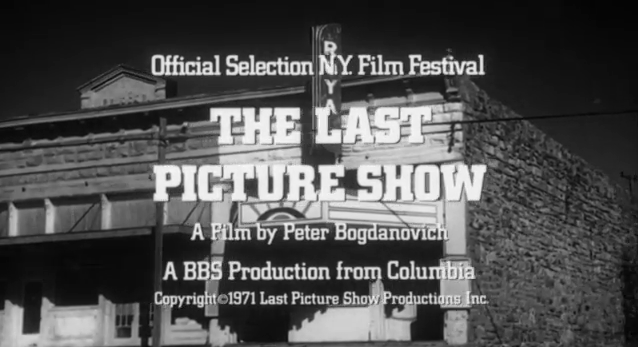 The Last Picture Show
*****
I was riveted. I did not grow up in a small town like Anarene, Texas, nor did I schtup my teacher's wife, nor did lose my virginity in a motel room to the most beautiful girl in school (it wasn't a motel room), nor did I watch any of my friends get deflowered, nor did.... Oh, what do the specifics matter? It was all familiar despite the differences, is my point -- emotional truths that are universal, unflinchingly naked, sometimes awful to face, sometimes lovely to look on! And what a cast! 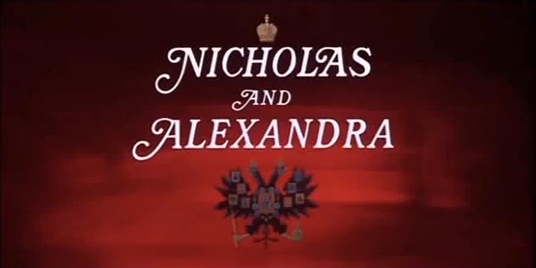 Nicholas and Alexandra
***
I'm a sucker for an epic, and a lover of royal bios. The film delivers in many ways: it's gorgeous, impressively-mounted, well-cast. And yet, I think it's very clear that, despite the title, the filmmakers have no idea what to do with Alexandra -- we hear her rule during Nicholas's absence left the country a-shambles, but we're not really told what is going on. Obviously the political turmoil is the most interesting aspect, and the movie sings in these scenes. But except for a few, repetitive bedroom scenes between them, the film does not quite meet the promise of the title.

FIDDLER ON THE ROOF

But, dear reader, would any of these films even make it to my personal ballot? I've seen 71 films from 1971 (ha!), and you'll see what made the cut (and what didn't) in March.

First, of course -- I'll be reimagining the ensemble of each Best Picture nominee the first week of March. So stay tuned.

Email ThisBlogThis!Share to TwitterShare to FacebookShare to Pinterest
Labels: 1971, A Clockwork Orange, Fiddler on the Roof, Nicholas and Alexandra, Oscars, The French Connection, The Last Picture Show