In order to be nominated for an Academy Award, you have to show up on enough ballots in a Number One slot. Number One. As in, win or lose, you have to be someone's favorite of the year. I always have to remind myself of this when I look at the Supporting Actor fields. I especially have to think about it when I see some of the winners.


There've been a number of nominees in this category that just make you shout, "Who voted that Number One?", and they're not always bad performances, either. Jonah Hill in Moneyball? Alan Arkin in Argo? Three-fifths of the 2009 lineup? There's always at least one that's gob-smacking in its inclusion, either because it's so inconsequential as to be nearly invisible, or it's just plain bad.

The year 1973 is an unusually strong year, movie-wise. Which is why it's all the more bizarre that the Supporting Actor category wound up as it did. The only really deserving nominees could be argued as leads; everyone else is ok, dull, or terrible. Candy Clark got into the sister category for American Graffiti; whither the male ensemble?

Enough crowing from me. Some thoughts: 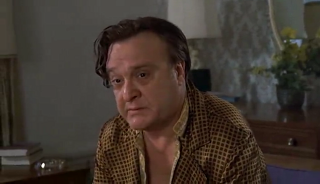 What's the deal with Vincent Gardenia anyway? With the exception of Moonstruck (and even then...), every performance he gives is hammy and distracting. I'll admit, I had high hopes in his first scene, which sees him negotiating Michael Moriarty's contract while still waking up. It was funny, it was realistic, it was good. Then he spends the rest of the movie making those Vincent Gardenia faces and Vincent Gardenia noises, and you're left wondering who really failed here: the actor, the writer or the director? An insincere performance, but it's not the only puzzling inclusion here. Maybe you have to be named Norman to get anything out of him? 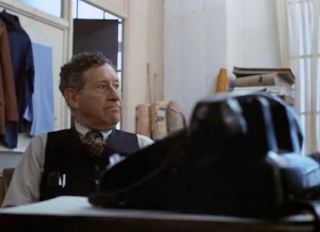 Jack Gilford in Save the Tiger
***

A very interesting little performance, one that would probably have been overlooked in any other year. As Jack Lemmon's business partner, Gilford wags his finger, loudly proclaiming his own morality even as he gets defends cooking the books. He does a good job playing a guy pretending to go toe-to-toe, only to yield to each demand. He'll get the hell out of you for it, but Gilford does so without making the guy a whining, spineless creature. I buy him as a businessman and as a friend. Quiet, strong work.

John Houseman in The Paper Chase
*

Houseman plays one mood, and I actually don't think it's cold enough to merit the conflict driving the entire film. This was nominated? This won? A series of blank stares and stale line readings, performed by an actor so against his character that he fails to bring any nuance to the role. Weak. 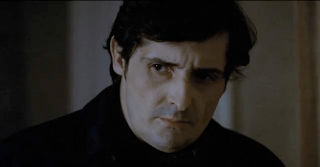 Jason Miller in The Exorcist
****

He's obviously the lead, so once again, I had to dock a star. It breaks my heart, because this really is a perfect performance. Moments of surprising humor flicker every now and then, but of course we mainly remember his crisis of faith and guilt over the death of his mother. That he's a priest advocating science over religion is well-played, as we see that the faith he questions is both secular and spiritual. Houseman and Miller were both first-time actors; Miller shows us how it's done. 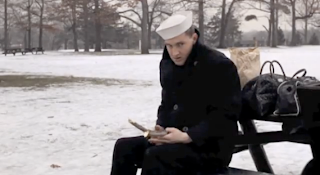 Randy Quaid in The Last Detail
****

Borderline lead, unless we buy into the idea of the young ensign merely informing Badass's journey. Even so, Quaid doesn't allow his character to feel like a device at all, somehow managing to steal scenes from the seasoned Nicholson with his aw-shucks simplicity and spontaneous cleverness. His attempts to escape become increasingly heartbreaking to watch -- though not as much as his silence while visiting an empty home.  Quaid makes this boy next door into a believably flawed human being, so that even in his naivete we can see the calculating klepto underneath. Great stuff.

Beyond all reason or taste, the Academy gave Houseman the Oscar. Puzzling. Especially since there was a much better, insta-classic performance in the running, one which I give my vote to: 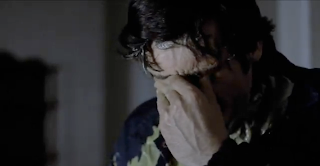 JASON MILLER
for
THE EXORCIST

He's so happy... He can't contain his tears of joy.