So begins our descent into the madness of 1976...with the best category in almost every Oscar year, Best Supporting Actress.

Rare as it is now, there were times in the past when a supporting actress category was undeniably full of actual supporting actresses, no debate about it. Nowadays, people can't decide what category Viola Davis belongs in (I have my opinion, but I confess it's a borderline case) - or they give the prize to the damn lead of the movie - or have the audacity to say, "But they were only in the minutes of the movie!", as though a supporting role should take up half the runtime. Wasn't always the case. Time was, when you only had to show up for six minutes to make this happen:


Beatrice Straight's Network performance, as the wronged wife of  is the shortest win in Academy history. The bulk of it is one scene, where she reacts to husband William Holden leaving her for Faye Dunaway. But one look and there's no arguing that she earned her place on the ballot.

The other nominees this year weren't much longer. Jane Alexander, as someone who could make the connection between the Watergate break-in and All the President's Men, has two scenes and a total of 5 minutes and 40 seconds. Lee Grant gets twelve minutes for the almost three-hour Voyage of the Damned, as one of many Jews bound away from Nazi Germany towards Cuba. Jodie Foster's iconic teenage prostitute in Taxi Driver barely passes the 15-minute mark; Piper Laurie's fanatically religious matriarch is the closest to a co-lead as we get, taking up 20 minutes of Carrie.

Yes, these were true supporting performances, and in such disparate films. Voyage is an all-star disaster movie with a social conscious (and a terrible bore), All the President's Men, Network and Taxi Driver are bleak depictions of America Now, and Carrie is a female-focused horror movie. Not too many of those getting Oscar traction, now are there?

(Personally, too, I think Talia Shire should have been campaigned as Supporting for Rocky, and part of me believes she could have won the category and given the movie its only acting triumph. We'll never know for sure)

The nominees after the jump...


A special note: unlike past retrospectives, there will be no star system here. I will present the nominee, provide my review, then my mother's review in italics; at the end, our personal rankings, 1 - 5, will be revealed, the average calculated, and the official "winner" declared. Shall we? 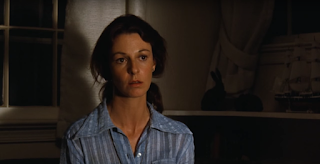 Jane Alexander as Bookeeper
All the President's Men

Brief though her appearance is, she leaves a mark. Her fear is as palpable as her exhaustion; she's on guard. 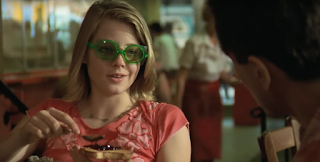 Plays the worldliness and advanced maturity as sincere instead of teenage posturing; rather, it's the excuse-making that reveals her age. Fine instincts. 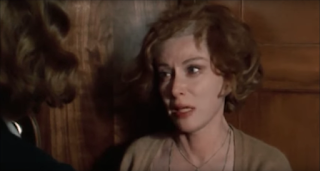 Lee Grant as Lili Rosen
Voyage of the Damned

She gets two big scenes - one where she tries to calm her husband and keep her daughter optimistic; another where she goes off the deep end and starts shearing her hair. The journey between these two scenes is not convincing.

Laurie's performance is as possessed as Margaret thinks Carrie is. You never doubt her extreme commitment to her faith. You never doubt her warped love for her daughter. You never doubt her very real fear of the unknown. I mean, my God, you really feel for her, as she tries to navigate a situation so completely foreign, so antithetical to everything she believes. What am I without Piper Laurie in Carrie?

MOM: Put Piper Laurie #1. The thing is, she looked so natural you forget she is acting. 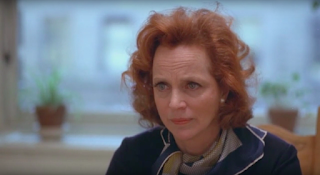 Earns that nod in just five minutes. Immediate intimacy with William Holden in early scenes. And in that big whopper of a monologue, there's not a false moment. In her build up, in her shouting, in her wind-down, you understand what those 25 years meant to her. You believe those 25 years happened.

MOM: Oh...I do love her performance; knowing, forgiving, and for seeing the future for the new couple.

Well, I guess it's unanimous. Straight may have won the Oscar, but our official winner is...

Laurie and Straight are definetely the two top choices here and I am fine with either of them. :)