Back when I did the 1971 Retrospective, I compared all of that year's nominees to the corresponding Oscar Year - 2014. And I haven't really done that, mostly because I don't find a lot of parallels. But in this category? Honey, this category is always dependable.

If you want a Gallic beauty who surprises even herself with her reaction to a disrupted home life, watch Isabelle Huppert in Elle...or Marie-Christine Barrault in Cousin cousine.

If you want a devoted lover, quiet yet strong, more steel-willed than she seems, who knows what she wants when she knows it, and adores the man who is her other half, watch Ruth Negga in Loving...or Talia Shire in Rocky.

If you want a lady of status that men don't know what to expect from, who is primarily obsessed with crafting a narrative with a specific audience in mind, watch Natalie Portman in Jackie...or Faye Dunaway in Network.

If you want someone whose dreams and fears have way too much influence on her life, yet finds a breakthrough with the help of a new man in her life, watch Emma Stone in La La Land...or Liv Ullmann in Face to Face.

If you want an underestimated force, mocked by people around her, striving to be adored, who absolutely slays when she hits a stage, watch Meryl Streep in Florence Foster Jenkins...or Sissy Spacek in Carrie.

But who will really be this year's Faye Dunaway?:


And who will be this year's...not Faye Dunaway? The nominees, after the jump.
Again, Mom had little to say, but she did provide her rankings. 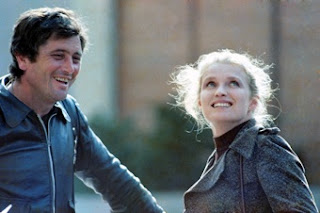 Charming, warm, a delightful presence. There are flickers of disappointment, of irritation with her husband, of doubts when it comes to her friendship with her cousin-in-law. But Barrault does not get bogged down in this; instead, she almost dances through the movie, with a certain smile and a disarming gaze. 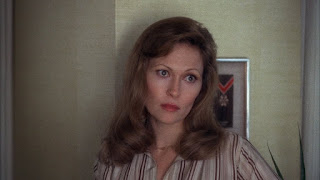 Attacks the role of Diana with a bloodthirsty appetite. Dunaway's having a ball, her eyes sparkling in both rages and triumphs. Her frank, up-tempo patter ensures her lines get the best delivery in the movie. With such energy, surprising humor, and all-around commitment, it's no surprise that you find yourself rooting for Diana, in a way. It's nice to see a lady be The Boss. 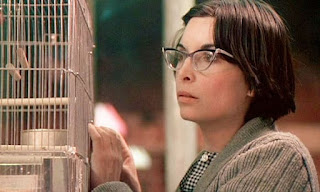 Shire does a competent job here. She's great at quiet and mousy Adrian, and she's great at more confident, girlfriend-of-Rocky Adrian, but the arc that gets her from A to B isn't quite there, like she can only play one thing at a time. Still, it's not a bad performance. 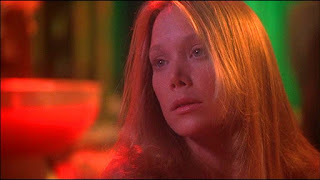 Spacek has the most expressive eyes - full of innocence and hope throughout the majority of the movie's running time, but then comes that prom sequence...they burn right into you. There's little joy in her powers, too - Spacek makes sure we know that, even when she uses them as a defense, or to get her mother to shut up, it's a last resort, something she regrets. 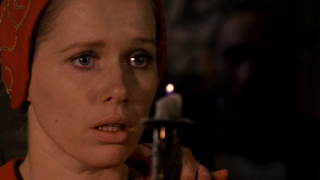 Checks every box that's required of her, but she lost me with that hysterical cackling scene. I don't get her performance, and I don't get this movie.

The Oscar went to Faye Dunaway, but with Mom and I only disagreeing on the placement of our top two....the official SSR vote is a tie. Again. So here's to both: 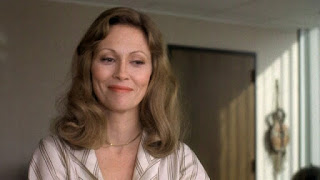 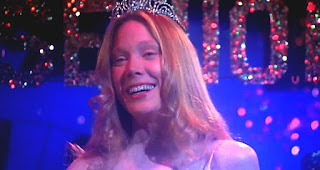 I think this is a pretty good line-up and at the Moment I have no idea if I will pick Faye, Sissy or Liv in the end.