Original Score looks wonky as hell in 1976, and that's for a very good reason: Best Picture was populated by minimalism. All the President's Men has a moody score that doesn't kick in for thirty minutes; Network does not have a score at all. Bound for Glory uses its score sparingly, and even so, it's all Woody Guthrie songs - therefore, it has no business being here. Only Taxi Driver and Rocky could boast traditional scores, noticeable scores, scores that would go down in history as two of the most iconic of all time. No wonder both found themselves nominated right here! 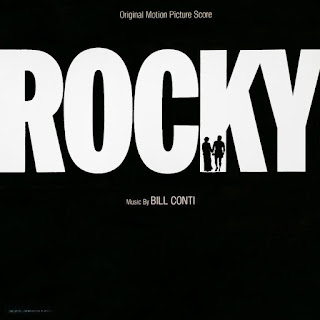 Haha, just kidding. Bill Conti's Rocky score was left out in the dust, just as Ludwig Goransson's for Creed would be 39 years later. And baby, I don't know why that is. It couldn't be the bombast - Obsession isn't exactly about subtlety, you know? It couldn't be that its theme is mostly within the context of original song "Gonna Fly Now" - The Omen made it in both categories, after all. It couldn't be its unabashed Americana - The Outlaw Josey Wales is filled with fifes and drums and patriotic-sounding...ah, but wait. There was an irony there, given the central conflict between the titular outlaw and his country, both North and South.

But then one remembers that Bernard Herrmann had died the year before, Christmas Eve 1975. And Herrmann was a man who'd been under-appreciated by the Academy. Oh sure - three previous nominations, with one resulting in a win, but that was it. And not one of those movies was Psycho or Vertigo or Beneath the 12-Mile Reef or Jason and the Argonauts.  Thus he gets in twice - including one for Obsession, a riff on his Vertigo theme.

As for the other three slots? Goldsmith was a frequent presence at the Academy Awards, having been nominated for A Patch of Blue, Planet of the Apes, Chinatown, The Wind and the Lion, and oh so many more. Hell, he'd be nominated another eight times after this, including for Under Fire, which he lost to...Bill Conti. But only one of those nominations would result in a win. This very one:


And then there were Lalo Schifrin, his third nomination for a disaster epic that was, for a time, catnip in this category; and Jerry Fielding, on his third final nod following The Wild Bunch and Straw Dogs.


My mother chose to sit this one out. Alas, all you have are my reviews, followed by my rankings.

Obsession is very openly a riff on Vertigo, with its male protagonist haunted by the image of dead wife, seeing her in the face of a new...obsession. Herrmann runs with that, and you can hear traces of his Vertigo theme throughout. But the movie is also bonkers, so Herrmann also has a blast of pipe organ, a screaming of strings, a waltz of pure madness. It works.

Like Obsession, it fucking goes for it, committing to the Antichrist storyline with its Satanic Latin chanting. Operatic, unforgettable. It is odd, though, that it was nominated in Score and Song.

The Civil War is over, but Josey Wales will not stand down. Fielding cleverly arranges his score around "Dixie" and "Battle Hymn of the Republic", with the odd trumpet and taps. It never gets bombastic or overcooked - just solid, effective work.

That swoony saxophone gives the proceedings a Hollywood romanticism - ironic, considering the New York cesspool Travis Bickle both exists in and rails against. But it is interrupted by the fuller orchestra of a more pulsing, menacing theme. It's Bickle's brain - romantic ideas of his own hero status, interrupted by darkness; an urge to purify turned dangerous. Few times has a score burrowed this deep into its protagonist's psyche - we're living with him.

Voyage of the Damned
Lalo Schifrin

Like the rest of the film, it's a little confused. Is it somber, underscoring the realism? Sometimes, and in those moments its droning does little more than slow down an already ghastly pace. But it does announce DRAMATICS every now and then, and awfully at that. Oh, Lalo, what were you doing?


My personal rankings
5. Voyage of the Damned
4. The Outlaw Josey Wales
3. Obsession
2. The Omen
1. Taxi Driver

The Oscar went to Jerry Goldsmith for The Omen. My parents abstained from this category. And so the official pick of the Silver Screening Room is: 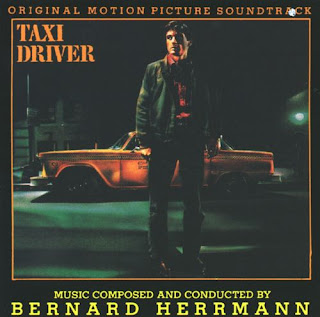