History was made on nomination morning. Once again, a bunch of white men were up for Best Director. But for the first time ever, a woman's touch was finally felt in the category. That was the Italian filmmaker Lina Wertmüller, up for her study of an asshole in fascist Italy, Seven Beauties, which she also wrote. Wertmüller came from the theatre, where she met her future muse Giancarlo Giannini; they not only collaborated on Seven Beauties, but also Swept Away, The Seduction of Mimi, and Love and Anarchy. Her entry into film was be as assistant director on Fellini's 8 1/2.

Wertmüller broke through the boys' club, though it would be another 33 years before a woman actually won the damn thing. But that's not to dismiss the actual winner of the 1976 Oscar:


I mean, have you seen Rocky? It's pretty freeking great.

Anyway, the nominees, after the jump.

Mom did not take part. 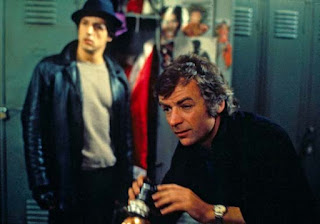 People remember the montage, the music, the big fight - all great, all authentic, all truly attention-grabbing. But Avildsen also grabs your attention with his quieter moments, like Rocky and Adrian's first date, or Mickey's pitch to manage Rocky...hell, Rocky just coming home and feeding the turtles. Direct, honest storytelling. 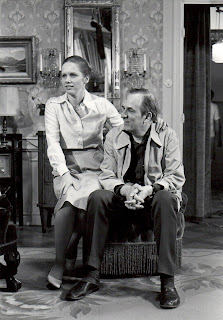 I love the Bergmans that I've seen, but this one feels like a Greatest Hits that misses the mark. Ghostly realism, lucid dreams, whispers, stone-facedly frank sex and adultery, unraveling women - but unlike past Bergmans, where each element deepens the experience, in this case, it feels like throwing spaghetti at a wall. Even visually, it's kind of a dud. 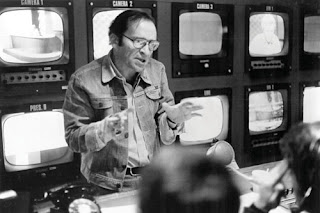 Here's a man who knows how to play his moments. He gets up in Howard Beale's face in that game-changing, "mad as hell" monologue. He keeps the terrifying Arthur Jensen at the end of an infinite table, somehow making him more powerful. He makes just one cut during a conspiracy to assassinate a journalist, and that's to the one guy expressing doubt...only to say, "The network can't be implicated." Otherwise, it's a chilling, static wide shot, impersonal. And even though the filmmaking itself is deliberate - is very much a film - his actors behave as though there are no cameras, like we are flies on the wall, witnessing reality. 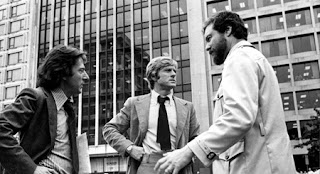 The most patient and trusting of the nominees here, and not just of his actors, though that shot where Robert Redford has an entire phone conversation for six uninterrupted minutes (was it really that long? my God it breezes by!) is nothing to sneeze that. But he also trusts his audience - the movie closing with Woodward and Bernstein writing their big story, while Nixon is inaugurated for his second term on the TV behind them, is dramatic enough, but the fact that it, too, is uninterrupted. The fact that Nixon's triumph is there in the background, about to be brought down. It adds an extra gut-punch. 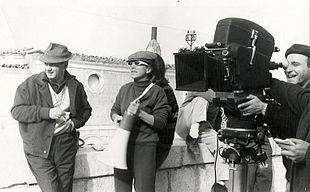 Yesterday, I talked about Wertmüller's screenplay, her ability to make her protagonist "simultaneously repulsive, pitiable, and sympathetic". She pulls off a similar trick tonally, making a film that's consistently amusing and surprisingly bleak. Her visuals, from the sets to the cinematography, emphasize the ugliness of this story, this period. She gets under your skin - I swear I didn't think I'd remember this movie, but I think about it a lot.

Oscar awarded Avildsen, but the official vote of the Silver Screening Room goes to... 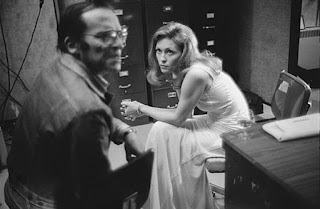